Scorpionfish vs Lionfish: What Are The Differences?

Walking barefoot in the ocean is something that most people dream of, but what if there was danger lurking just beneath the surface? The scorpionfish and the lionfish are two of the most deadly fish on the planet, capable of injecting venom into their prey in an instant. While both of these creatures are incredibly similar, there are some distinct differences that separate them. Today, we are going to take a look at these differences in order to learn what makes them distinct species. Let’s discover: Scorpionfish vs Lionfish. Are they the same fish?

Comparing a scorpionfish and a lionfish

The 6 main differences between a scorpionfish and a lionfish

The main differences between a scorpionfish and a lionfish are that they belong to different evolutionary groups, utilize different hunting strategies, and inhabit different parts of the world.

Scorpionfish and lionfish are similar marine fish and are often confused. Part of this confusion is because both groups of fish are highly venomous and can cause serious harm to humans. Additionally, they can have somewhat similar appearances. These similarities are due to their genetic closeness, but their differences are apparent when you zoom in further than their taxonomic families.

Both species of fish belong to the Scorpaenidae family. These fish are referred to as “scorpionfish,” although a more specific category includes the “true” scorpionfish and excludes the lionfish. Still, the scorpionfish and lionfish are closely related from an evolutionary view. The two split when they are divided into their respective genus. Regardless, both belong to the same family due to the presence of highly venomous spines that can be fatal to humans.

Aside from evolutionary history, both fish have distinct appearances, hunting patterns, and invasive habits. Let’s take a look at these differences in some more detail below.

Understanding the differences between scorpionfish and lionfish is essential. Moving forward, we will be using the term “scorpionfish” in reference to the “true” scorpionfish belonging to the Scorpaena family. Lionfish references will refer to members of the Pterois family.

With over 65 species of scorpionfish, there are some differences depending on where they live. Still, almost all scorpionfish look somewhat similar. Generally, they are stocky, bony fish with venomous spines across their spine and pectoral fins. Their color can vary according to their habitat, but many species are red.

Lionfish are known for their zebra-like striping pattern, and long, flowing tentacles tipped with dangerous spines. Where scorpionfish are compact, the spreading nature of lionfish spines gives a jellyfish-like impression as they drift through the water.

Members of Scorpaena can be found in most of the temperate and tropical waters of the world. Specifically, they can be found in the Atlantic, Pacific, and Indian Oceans, mostly around coral reefs.

Lionfish have a native range similar to the scorpionfish. They had a historical range in the Indo-Pacific but have since expanded into the Mediterranean, the East Coast of the United States, and the Caribbean.

One of the main differences between these two fish is their hunting strategies. Scorpionfish are ambush predators that rely on camouflage to hide. When unsuspecting prey wanders too close, they quickly suck in and consume it whole.

Lionfish are much more active hunters. They will follow currents and adjust their buoyancy to ride water columns. When they spot prey, they shoot a burst of water that disorients the fish. Once the prey is stunned, they consume it whole.

Scorpionfish vs Lionfish: Danger to humans

Both groups of fish are highly venomous and use their venom as a defense mechanism against potential predators. Members of the Scorpaena genus are venomous but not nearly as dangerous as other members of the broader scorpionfish family. If a human steps on a scorpionfish, intense pain is sure to follow. In some situations, this venom can cause further damage if left untreated. Fatalities are rare.

Lionfish are more dangerous than true scorpionfish but less dangerous than the most dangerous members of the Scorpaenidae family. These fish are less likely to be stepped on than the scorpionfish because of their hunting habits, but accidents can happen. Common effects include extreme pain, nausea, vomiting, fever, breathing difficulties, convulsions, dizziness, redness, headache, numbness, tingling, heartburn, diarrhea, and sweating. Allergic reactions can be fatal but are still rare. Small children are at most risk for fatal reactions.

Scorpionfish are not considered a highly invasive species, especially when compared to lionfish.

The lionfish is one of the most damaging and destructive invasive fish on the planet. Of the 12 species, two have become a severe threat to ecosystems around the world. The red lionfish can currently be found off the East Coast of the United States and in the Caribbean. It was likely introduced when Hurricane Andrew destroyed an aquarium near the ocean that contained six breeding fish. Additionally, these fish are spreading across the Mediterranean as the waters warm due to climate change.

There are 65 recognized species of scorpionfish. Here are some of the most common: 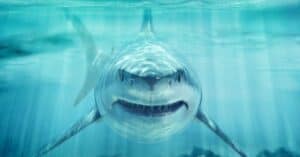 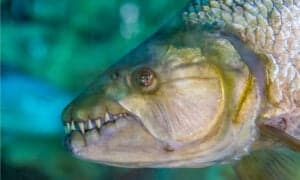 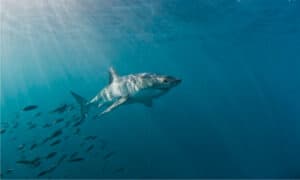 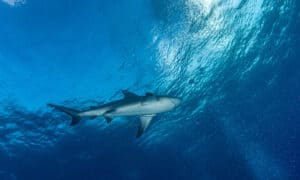