Afanasiev Andrii/Shutterstock.com
Share this post on:
More Great Content:
What Kills Ticks On A Dog Instantly?
Bugs That Look Like Ticks, But Are…
Tick Predators: What Eats Ticks?
Ticks in Idaho
Ticks in Tennessee
Do Ticks Jump Or Fly? Do Ticks…

Ticks in Nebraska are eight-legged arachnids that live solely on blood. They can take the blood of almost any host, humans included. These tiny, blood-sucking parasites survive on every continent, even Antarctica. A single tick can transmit any number of diseases, illnesses, and pathogens, including Lyme disease and Rocky Mountain spotted fever. Tick bites can even cause red meat allergies in humans. And, as if all of that wasn’t scary enough, too many ticks feeding off a single host can lead to the host’s death.

Here, we’ll look at the two most common types of ticks in Nebraska. Then, we’ll go over two less common but still present tick species you might run into. Then, we’ll break down everything there is to know about ticks in Nebraska, starting with peak tick season and ending with how to avoid these bloodsuckers altogether.

Keep reading to learn all there is to know about ticks in Nebraska and what to do if one of them decides to feed off you.

American dog ticks are one of the largest ticks in Nebraska. They’re the primary vector of Rocky Mountain spotted fever, an illness that can lead to death in the very young or immunocompromised. American dog ticks are also known as wood ticks, though they prefer fields to forests. They’re dark brown in color, with tan mottling on their bodies. Females are all brown, except for mottled tan ‘scuta,’ the hard shields that protect their upper backs.

Female lone star ticks are among the easiest of ticks to identify, thanks to the ‘lone star’ marking on their back. Males lack the lone star, instead having variable tan and brown mottling along their bodies. These are common ticks in Nebraska, as well as most of North America. They’re smaller than American dog ticks, and will feed on just about any animal that crosses their path.

Lone star ticks are known to be aggressive host seekers. They’ll even follow carbon dioxide trails (left as a result of respiration) in order to find blood meals. Like all ticks, lone star ticks cannot see and rely instead on other senses to find hosts.

Also known as the black-legged tick, the deer ticks are one of the less common ticks in Nebraska. These ticks have distinct black legs with mahogany brown bodies. Their mouthparts are large, and when they bite, they bite deep. Of all the ticks in Nebraska, these are the only ones capable of transmitting Lyme disease. Deer ticks prefer feeding on small to medium-sized mammals, like raccoons, foxes, badgers, white-tail deer, and even rats and mice.

Brown dog ticks are one of the most widespread ticks on Earth. Unlike other species of tick, these ticks spend their entire lives indoors. They have red-brown, almost rectangular bodies with no tan or black markings. Brown dog ticks are about the size of a sesame seed and carry Rocky Mountain spotted fever, as well as several canine diseases. These ticks feed primarily on dogs but will also bite humans or other domestic animals.

When is Tick Season in Nebraska?

The worst time of year for ticks in Nebraska is from May-June. Ticks are also active from the spring through the summer and early fall, but their activity levels rise significantly in these months. During the winter, ticks either die or hibernate. Ticks can actually go months, or even years, without a blood meal. They simply become dormant for the winter if they haven’t fed.

Do Ticks in Nebraska have Lyme Disease?

Fortunately for Nebraskans, the only type of tick known to transmit Lyme disease is the deer tick. Deer ticks are rare in Nebraska. Accordingly, incidences of Lyme disease transmission from ticks in Nebraska are extremely low. That being said, all ticks are capable of transmitting pathogens, so any bite should be closely monitored for signs of infection.

Where do Ticks Live in Nebraska?

How to Avoid Ticks in Nebraska

Nebraska is a popular state for outdoor activities like hiking, mushroom hunting, and camping. With all those outdoor opportunities, it’s no wonder so many people find ticks either on their clothing or embedded in their skin. Ticks in Nebraska are easy to avoid if you take a few basic steps.

First, always wear appropriate tick clothing, like long pants and long-sleeved shirts. You can also spray tick repellent spray on your clothing. For dogs, be sure to treat them with flea and tick prevention before going outdoors. Also, avoid areas with dense, knee to waist high grass or shrubs, as these are ideal locations for ticks to find hosts.

Finally, always check yourself for ticks after engaging in any outdoor activity during peak tick season. 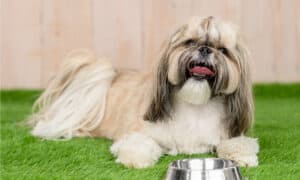 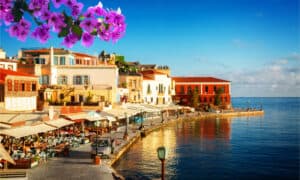