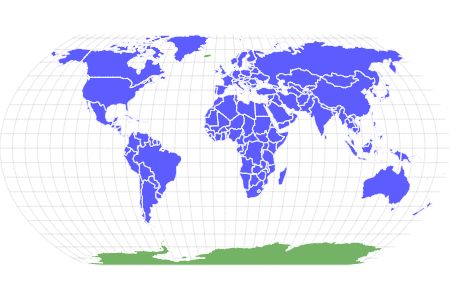 View all of our Tick pictures in the gallery.

View all of the Tick images!

The tick is a parasitic arachnid that feeds mainly on the blood of mammals and birds, but sometimes also reptiles and amphibians.

Dog and deer ticks are the most well-known types of these pests. Both can cause skin irritations and diseases such as Lyme disease and Rocky Mountain Spotted Fever. The American dog tick and the brown dog tick prefer to feed on dogs and on humans, although cats also get them. Humans often get Lyme disease from deer ticks.

Ticks belong to the mite superorder Parasitiformes and are divided into two groups of hard (Ixodidae) and soft (Argasidae). There are 700 species of hard ticks and 200 soft ticks. A third family, Nuttalliellidae, of which Nuttalliella is the only genus, is the most primitive lineage and lives in southern Africa. Deinocrotonidae is an extinct genus.

The Ixodidae family has one-host, two-host, or three-host members. The Argasidae family has seven nymphal stages, called instars, all of which need blood to survive. Regardless, all species have four life stages of egg, larva, nymph, and adult.

As arachnids, ticks have four pairs of legs and no antennae in all life stages, except during the larval stage in which they have three pairs of legs. Like spiders, they also have a head and cephalothorax (fused middle and rear) and are predatory. Fewer than 60 species bite and spread diseases to humans. Here are the scientific names of the most common species in the United States, all of which are hard types of ticks:

Appearance: How To Identify Ticks

All types of ticks have a small head and a fused middle and rear. They are round and are brown or black in color, with no antennae and four pairs of legs. You can easily identify them by their shield, also called a scutum. A deer tick has a solid-colored scutum, while others have patterns. When they bite and feed on humans or on dogs, they become engorged with blood and increase in size 200 to 600 times its normal unfed size. The size of the pest depends on the species.

The species with a white dot is called the Lone Star species. It is particularly aggressive and known to bite humans as nymphs or adult females, and is so named because it comes with a white dot on its back that looks like a lone star. Although the white dot is visible to the naked eye, it only appears during the adult stage. Another species with white dots on its back is the American dog tick, which is brown with white or silver/grey markings.

When & Why to Keep an Eye Out for Ticks

Many tick species need to be outdoors at some point to complete their life cycle, and you should always take precautions when going outside or having a dog or cat in the yard or woods. The brown dog tick is unlike other species because it can complete its entire life cycle either indoors or outdoors. It mainly bites dogs but will also bite humans and cats. Care should be taken to inspect pets, oneself, and family members if you see a tick, notice skin irritation, or have flu symptoms. Tick-borne diseases such as Lyme often come with flu symptoms.

Ticks carry diseases and can transmit diseases to humans and pets without even knowing they were bitten. Once they have been attached for 24-48 hours, they can transmit the following diseases:

Habitat: Where to Find Ticks

Ticks live all around the world with all species making their habitat outdoors. Of the types of those that bite humans, they prefer the woods, woodpiles, unkempt tree lines, and overgrown fields as their habitat. They can enter homes and other builds through lawn equipment, pets, and clothes.

Diet: What Do Ticks Eat?

All have a diet of blood, and the hosts they prefer to bite depend on the tick species. Some species are named for the hosts they mainly bite, such as dogs and deer. Others are named for where they are found, such as the Lone Star and Gulf Coast. All are hematophagous, that is, they feed exclusively on blood. They need bacterial symbionts to give them the compounds they cannot get from blood, and they mainly get it from the Coxiella burnetii bacteria, which naturally infects sheep, goats, and cattle.

Prevention: How to Get Rid of Ticks

There are three steps to take in the process of getting rid of these small but dangerous creatures: removal, treatment, and prevention. How you approach them depends on whether you find them on humans, on dogs, or in your yard.

For removal from your yard, you need to mow the grass, throw out piles of leaves and other debris, and get rid of old furniture and trash. Prevention involves putting up a fence against wild animals and keeping play equipment away from trees and yard edges. Clearing tall brush and putting up a barrier of wood chips or gravel will also stop them from entering your yard from the woods.

For removal on humans, use a pair of clean, fine-tipped tweezers to grab the tick as close to the skin as possible and steadily pull upwards. For bite treatment, sanitize the bite area and your hands with soap and water or rubbing alcohol. Get rid of the tick by flushing it down the toilet or bring it to your doctor for identification by putting it in rubbing alcohol or in a sealed bag or container. For prevention of bites, shower within two hours of coming in from the outdoors. Examine clothes and backpacks. If the clothes need to be washed, use hot water. Otherwise, tumble them dry on high heat for 10 minutes to kill them.

For removal, treatment, and prevention on dogs, powder, dip, spray, spot-on treatment, and shampoo all work directly on the body. Collars are prevention of them on the head and neck. Oral medication is monthly and disrupts all life cycles of tricks. Brewer’s yeast given in dog food is said to be effective against them as well as fleas.

View all 53 animals that start with T

How do I remove a tick?

Use a clean, fine-tipped pair of tweezers to grab its body and steadily pull it upwards.

It looks like an insect, but it’s not. You can tell a tick by its hard shield (scutum) and in the case of the Lone Star species, a scutum with a white dot.

The bite looks like a normal bug bite. However, those that cause Lyme disease cause a bullseye rash.

What do you do if you find a tick on you?

Remove it immediately and carefully with tweezers, sanitize the bite area and your hands, and get rid of the pest.

Yes, they carry diseases that can infect humans as well as dogs and cats.

What exactly is a tick?

It’s an arachnid, which is related to spiders, mites, and scorpions.

Do ticks have teeth?

Yes, it has curved teeth as well as spines on its mouthparts.

No, they don’t hurt, because the pests inject a chemical into the host’s blood to prevent them from feeling pain. The only way to notice it is by seeing it or being allergic, which causes itching, swelling, and pain.