The answer is not much.

Coachwhip snakes are all the same species and have a lot of similar characteristics. There are 6 different kinds (subspecies) of coachwhip snakes in the United States and Mexico, and all are nonvenomous.

Coachwhips are known to inhabit northern Mexico and the southern United States from the Pacific to the Atlantic. The specific ranges of the western vs eastern coachwhip do vary slightly.

Important Differences with a Western vs Eastern Coachwhip Snake

When it comes to the western vs eastern coachwhip snake, there are 3 differences:

Since coachwhips refer to a species, there isn’t much of an innate differentiation to be made when it comes to general diet, behavior, habitat preferences, and reproduction. What does differentiate these snakes is their locale, which determines their coloration and the specific prey that they consume.

So, when a comparison is being made between these two snakes, it’s like comparing dog breeds. While it is possible to distinguish in detail between the two animals, they are both inherently dogs. There is also the possibility of a myriad of mixed animals in between, just like with coachwhip snakes.

Why are the western vs eastern coachwhip snakes considered part of the same species? It’s because they’re able to interbreed and create viable offspring that makes them almost the same instead of close relatives.

Eastern coachwhips live from Missouri to Florida between Texas and the Atlantic Ocean. The western coachwhip lives from Mexico City to Nebraska. Their territories vary a bit in each direction, but they have a large overlapping range.

Western and eastern coachwhips also share overlapping territories with other members of their species though they generally don’t compete for resources.

The western coachwhips tend to be black or reddish while the eastern coachwhips are brown, black, or greenish. Both are darkest at their head with a color gradient running to their tail. Their tails are always light, like a tan or pinkish.

Juveniles are more likely to have black or colored banding and spots which fade as they get into adulthood. Some have a white dot on their head that fades over time. While most adults don’t have banding or spots like the juveniles, some do.

Coachwhips get their name from their scaling which resembles the cross-hatched pattern of an old whip used to wrangle horses. All coachwhips have smooth scales and slender bodies. They can grow to be 8 feet long.

Eastern coachwhips like to live in open grasslands and will also thrive in meadows and swamps. Western coachwhips also like open habitats like dunes, scrublands, and fields. Their exact favorite locations depend on which population of snakes we’re discussing and where they are located. Even coachwhip snakes separated by 50 miles can have different lifestyles.

Rocks aren’t needed for coachwhips as they’ll hide in ground litter or shrubbery. They’re not fans of the water, but they do know how to swim if a situation necessitates it. They’ve even learned how to make a home in the suburbs by adapting to open lots, medians, and verges.

You might see a coachwhip in your garden, especially if you live in the eastern United States where the eastern coachwhips reside. They will flee before they attack, and they’re great snakes to have around because they control the pest population. Their juveniles help take care of insects while the adults will go for the mice, rats, and bird eggs.

It’s not recommended that coachwhip snakes be kept as pets. They rarely acclimate to being handled and are notorious biters. They don’t warm up well to the captive-bred diet and may starve themselves if caught in the wild. Since people don’t really keep them as pets, there aren’t many captive-bred options out there.

These snakes may be thin but they’re huge at 8 feet long. It’s recommended that enclosures be twice the length of your snake, so housing a coachwhip its entire life is tricky.

Since most coachwhip snakes are caught in the wild, it’s best you know exactly where the snake was sourced. This will help you determine the kind of enclosure you should build. In general, these snakes are out during the hottest part of the day, so you’ll want to simulate that for them. You’ll also want to give them a burrow to hide in. 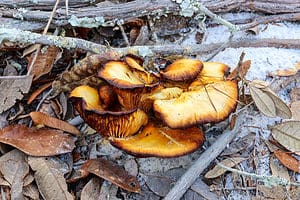