The ferret is one of the more unusual yet still common pets kept in North America. Members of the family Mustelidae, ferrets are long, slender mammals with distinctive blackish-brown and white fur. Most ferrets measure around 20 inches long and weigh between 1.5 to 4.4 pounds. Ferrets have been domesticated for at least hundreds of years, primarily for sport or hunting.

Today, several million ferrets are kept as pets in North America alone, with many more raised as pets around the world. That said, raising ferrets as a pet is a contentious topic in some areas, with numerous states and countries banning the practice. This is usually due to the fact that escaped ferrets can wreak havoc on the local wildlife. Given their debatable status as loving pets or menace to the environment, it’s important to understand the answer to the question, “what do ferrets eat?”

In this article, we’ll take a deep dive into the dietary habits of ferrets. First, we’ll start off with a discussion of what ferrets like to eat. Then, we’ll examine how ferrets use their senses and tactics to hunt for food.

Next, we’ll compare what ferrets eat in the wild versus what they typically eat as pets. Finally, we’ll end with a brief exploration of what baby ferrets eat.

So, let’s get started and answer the question, “what do ferrets eat?”

What do ferrets eat? Ferrets are primarily carnivorous, meaning that they almost exclusively eat animal matter to survive. While they do enjoy sweet treats and will occasionally eat plant matter, the bulk of their diet is made up of animal protein. They mostly eat raw meat, although they will also eat cooked meat as pets. While obligate predators, ferrets are also notoriously picky eaters.

Ferrets tend to show a preference for certain types of food and may refuse to eat others. That being said, in the wild, ferrets will eat a wide variety of prey. Generally speaking, they’ll eat just about any type of prey that they can catch. Usually, this prey would be smaller or weaker than themselves and includes small mammals, birds, fish, amphibians, and reptiles. We’ve taken the time to compile a list of 10 foods that ferrets usually like to eat.

What do ferrets eat? The 10 foods include:

How Do Ferrets Hunt For Food?

Ferrets possess many of the same senses as people. That said, they use certain senses more than others in their hunt for their next meal. Ferrets have binocular vision, which grants them great peripheral vision. However, they have a blind spot in front of their nose, and also struggle to see at night or in bright light. Due to their poor depth perception, they will often jump off high places not realizing how far they will fall. As a result, ferrets mostly rely on their keen sense of smell while hunting.

They can discern many different scents and can detect odors from far away. Meanwhile, although ferrets possess decent hearing, they often struggle to detect where sounds are coming from. That being said, even deaf ferrets can navigate their environment just fine, thanks again to their sharp noses.

While not nocturnal, ferrets spend a large part of their day asleep. They become most active at dawn and dusk, which is when they do most of their hunting. This makes sense, given their sensitivity to bright light and inability to see well at night.

When actively hunting, ferrets make use of their lean bodies and sharp teeth and claws to subdue prey. They possess four sharp canines that they use for killing prey and smaller incisors and molars for tearing and chewing food.

A ferret will chase a rodent or rabbit down into its burrow, which it can easily navigate thanks to its skinny shape. Ferrets are extremely agile and can reach speeds up to 15 miles per hour. This makes them effective at chasing down even fast prey like rabbits and rodents. That said, they also enjoy an easy meal, and will readily feast on carrion.

What Do Ferrets Eat in the Wild?

Ferrets are obligate carnivores, meaning that their diet is made up of at least 70% meat. Along with meat, they also eat a fair amount of bones and fat, which they need to be healthy. Since ferrets struggle to digest vegetables, particularly carbohydrates, they mostly stick to animal protein for sustenance.

In the wild, ferrets will eat just about anything that they can catch. That said, rodents and other small mammals make up the bulk of a wild ferret’s diet.

Common prey include rats, mice, rabbits, hedgehogs, possums, and ground squirrels. Wild ferrets will also catch small fish, as well as frogs or even snakes. They are strong climbers, and can easily scale branches to attack birds or eat their eggs. Ferrets will also prey on birds such as chickens, turkeys, or pigeons. When available, ferrets will also eat insects, worms, and even carrion.

What Do Pet Ferrets Eat?

Many people choose to keep ferrets as pets, both as domestic companions and for their hunting abilities. If you choose to keep a pet ferret, you’ll need to know how to properly care for and feed your ferret.

Additionally, many owners choose to feed their pet ferret supplemental dry food. While many owners used to feed their ferrets cat food, it’s now recommended to feed your ferret a specially created dry food formulated for ferrets. Although ferrets can eat limited amounts of fruits and vegetables, this is not recommended, as they are susceptible to gut issues and other health problems.

What Do Baby Ferrets Eat?

When caring for a baby ferret, you’ll want to provide it with fresh meat and water. If the baby is under 12 weeks ago, you’ll want to supplement its diet with goat’s milk or a milk replacement formula. Ferret kids should eat around 4 times per day when less than 2 weeks old, and then around 3 times per day until around 10 weeks old. After that, they can eat around twice per day.

Always check with your veterinarian to ensure your baby ferret is getting enough to eat. 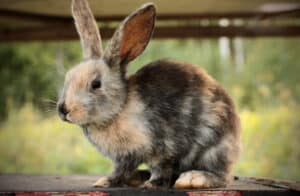