Thought to be one of the oldest mammals on Earth!

Click through all of our Hedgehog images in the gallery. 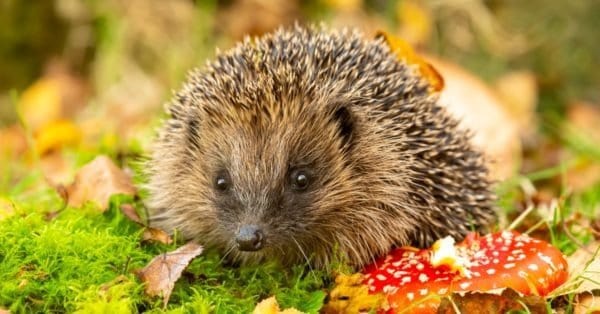 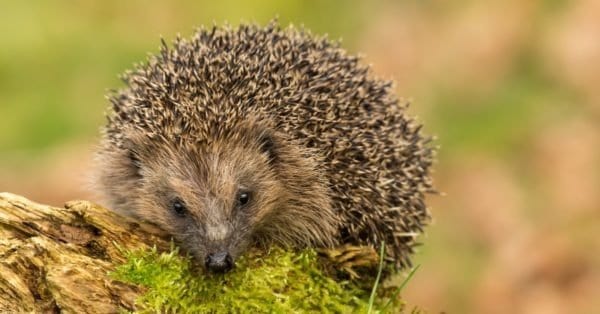 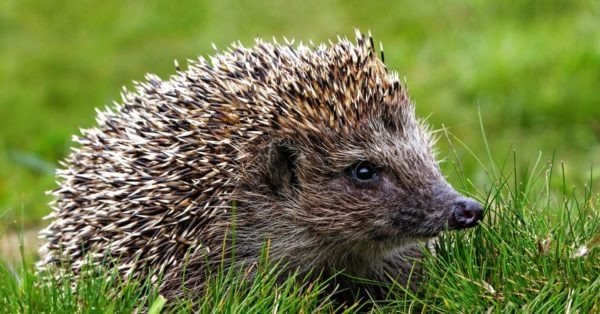 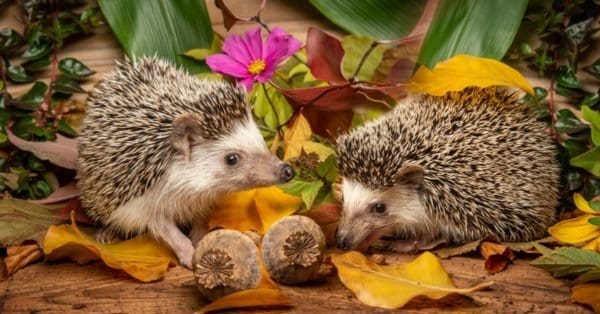 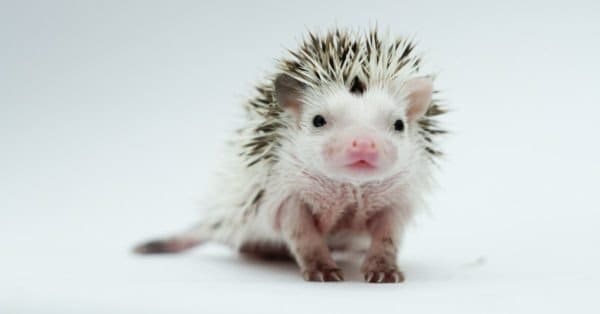 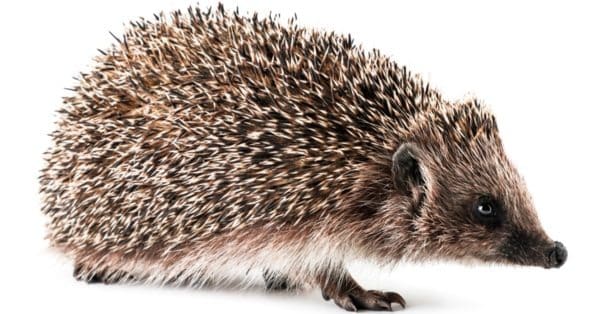 View all of the Hedgehog images!

Hedgehogs are commonly described as an animal with spikes

Their unique and descriptive name is due to the way that they forage for food with rather unique methods. For individuals that are willing to take them on as pets, they can be incredibly useful in the elimination of irritating garden insects and other pests.

The most notable feature of the hedgehog is their coat, which is comprised of stiff yet sharp spines. When in danger, they defend themselves by rolling into a ball, causing their spines to protrude and act as a defense possible threats of danger.

Nocturnal in nature, they are known to sleep throughout the day and wake up and start searching for food at night. They also hibernate in cold climate areas. There are 17 different species of hedgehogs that have some very interesting facts about them.

These animals with spikes go by the scientific name Erinaceinae. They belong to the kingdom Animalia and phylum Chordata. Their class is called Mammalia and the order is called Eulipotyphla. The family, Erinaceidae, covers both the hedgehog and the closely-related moonrat.

Erinaceinae is a combination of “Erinaceus” and the suffix “-inae.” Erinaceus is actually a genus that hedgehogs are included under, coming from the Latin word that simply means “hedgehog.” The root of the word – khḗr – is linked to the Greek word for hedgehog, paired with the root “ǵʰer,” which means “to be bristly.”

Identified as small mammals, hedgehogs have cone-shaped faces. They have short legs, and their entire body (apart from their face) has sharp spines that can hurt anyone around them. As closely as they resemble porcupines, the two mammals are not closely related. The spines are strongly attached to the skin, making it nearly impossible for them to be removed without immense force.

The quills of these animals can easily penetrate the surface of any mammal’s skin, including humans. With this puncture, bacteria and other germs can quickly spread, putting attackers at risk for further damage beyond the initial puncture.

Some of the bacteria associated with this wound can cause problems like rashes, fevers, and pain in the stomach. Anyone that has regular contact with these animals should wash their hands well, reducing the risk of spreading disease.

Individuals that regularly handle hedgehogs are at low risk for accidentally puncturing the skin since their weight is evenly distributed. The only time that this wound becomes risky is when the animal feels unsafe, naturally defending itself against danger.

In their natural setting, these animals are usually solitary creatures. They are nocturnal, taking the night to hunt down and forage food while sleeping during the day. When sleeping on summer and spring days, they make nests for themselves as a home. The diet of the animal is made up of insects and other invertebrates, though they are not very high on the food chain.

Hedgehogs, upon sensing danger, roll themselves into a sharp pricky ball. They are known to anoint themselves by licking any new scent that they like, licking their quills to have the new scent on themselves.

Even though these animals are often kept as pets, they might not enjoy being petted right away. You will have to earn the trust of a hedgehog so that it begins to relax and enjoy when you touch it.

This animal with spikes is not usually aggressive, leaving their quills to defend them if they need it. They will make hissing noises and sometimes bite at a threat, but they don’t seek out animals and humans to attack. There is a strikingly low risk of being harmed by a hedgehog since they are more defensive than aggressive.

In fact, when hedgehogs are relaxed, their quills are not that sharp. Even in their most tensed moments, it is highly unlikely that a hedgehog would draw any blood from humans, though abrasions can occur.

There are a variety of places around the world where these animals find comfort in living, and they will build a nest when they find the place that they want to stay. They usually find their comfortable habitat in very wet and extremely dense pine forests.

Mostly, the animals can be found in Britain. Besides that, they are also scattered in upland areas including the sides of the mountains and the moorlands. They also love residing on the edge of woodlands.

Sources suggest that wild hedgehogs are originally from Africa, Europe, Asia, and New Zealand. Though they have become increasingly popular in the United States as well, they don’t naturally exist in the wild. Much of their presence in the country is due to being bred as a pet.

These animals are nocturnal and eat only at night. As a pet, hedgehogs should only be fed high-quality hedgehog food, which can be found in specialty pet food stores. Some owners prefer to shop for the natural foods that they would get in the wild.

In the wild, they eat a variety of things like several insects. They eat almost all invertebrates, frogs, carrion, rodents, baby birds, eggs of birds, and also fallen fruits from the trees in the dense forests.

Hedgehogs have a natural aversion to milk, making them lactose intolerant.

Like all other animals, hedgehogs also make an important part of the ecosystem and act as food to several living creatures. Most predators of the hedgehog are naturally carnivorous. However, when they hunt, hedgehogs will only seek out small mammals and insects.

One of the main threats that hedgehogs consistently face has been that of humans. Humans are primarily responsible for the deforestation of their habitats, as well as the way that they put these animals up for sale in pet shops.

Hedgehogs don’t rank very high on the food chain, making them sources of nutrients for owls, wild dogs, mongooses, and mustelids. They also can be the prey of wolves and foxes, leaving them exposed during their sleeping hours.

As far as their own nutrients, berries and similar plants are necessary to their diet, providing tons of nutrients in a small amount at once. When they hunt, they look for small invertebrates and insects, like beetles, caterpillars, earthworms, and slugs.

Some pet owner websites will recommend attracting lost hedgehogs with wet dog food or cat food, though the foods with fish should be avoided.

Hedgehogs are usually solitary animals and are known to come together only for mating. During mating, the hedgehog female will produce an egg, which must be fertilized by a male. The male, in an effort to get the attention of the female, will put up a show of circling, puffing, and snorting in a rhythm. They can breed throughout the year with no particular cycle.

When a female becomes pregnant, their gestation will typically last for no more than 40 days. Though it can be difficult to tell if a pet hedgehog is pregnant, owners should look out for frequent feeds and slight weight gain.
Each year, the hedgehog babies are born in groups that are called litters. These groups can comprise up to 11 babies, which are commonly known as hoglets. The hoglets will remain with their mothers for 4-7 weeks, during which time the mother will protect their young.

As a rule of thumb, never disturb a hedgehog nest. Mothers will sense the disruption and will notice a new smell on both the nest and their own young. If they do not recognize the scent, they will sometimes eat the young.
If the hoglets survive their childhood, they will depart on their own after a brief time. Hedgehogs usually have a lifespan of two to five years. These animals are known to be very prone to cancers as well as tumors. A lot of hedgehogs who have been kept as pets in the houses lose their lives due to such reasons.

Hedgehog in the Zoo

Hedgehogs are commonly kept in zoos, though they are occasionally kept in homes as pets as well. They are usually fed quality hedgehog food in captivity, which can be purchased from specialty shops. The females and males are kept together so that they can naturally mate, rather than being artificially inseminated.

It is often said that hedgehogs can be kept in cages, provided that they are escape-proof. The cages of the hedgehogs should be as large as possible so that these animals cannot destroy them easily. As a protective measure, the base of the cage should also be very solid so that the hedgehog does not get hurt.

In some areas, it is illegal to keep hedgehogs as a pet. Some states that do not allow hedgehogs to be kept privately include California, Georgia, and Hawaii. It is also illegal within the city limits of New York City, Omaha (Nebraska), and Washington D.C. It is also against the law to bring hedgehogs out of Africa, according to reports from PETA.

It is estimated that, around the world, there are 17 different species. Though they were once in the millions, their total population dropped below one million in 2019.

Are Hedgehogs herbivores, carnivores, or omnivores?

Hedgehogs are Omnivores, meaning they eat both plants and other animals.

What Kingdom do Hedgehogs belong to?

Hedgehogs belong to the Kingdom Animalia.

What class do Hedgehogs belong to?

Hedgehogs belong to the class Mammalia.

What phylum to Hedgehogs belong to?

Hedgehogs belong to the phylum Chordata.

What family do Hedgehogs belong to?

Hedgehogs belong to the family Erinaceidae.

What order do Hedgehogs belong to?

Hedgehogs belong to the order Erinaceomorpha.

What type of covering do Hedgehogs have?

Hedgehogs are covered in Spikes.

What genus do Hedgehogs belong to?

Hedgehogs belong to the genus Atelerix.

In what type of habitat do Hedgehogs live?

What is the main prey for Hedgehogs?

Are hedgehogs’ carnivores, herbivores, or omnivores?

Hedgehogs are insectivores and omnivorous. They eat almost all kinds of invertebrates, birds, bird eggs, frogs, and even fallen fruits.

How much does a hedgehog cost?

Where can I buy a hedgehog?

Do hedgehogs make a good pet?

Hedgehogs are known to be great companions and also make great pets. However, due to their reverse sleep schedules, they have to be fed and taken care of during the late evening hours.

How long do hedgehogs live?

The lifespan of hedgehogs is about two to five years. They usually die of cancers and/or tumors.

What's the difference between a hedgehog vs. a porcupine?

Hedgehogs have a lesser number of spines than a porcupine. While the former has 5000 spines, the latter has about 30,000. The quills of the hedgehogs are very difficult to remove while that is not the case with porcupines.

Where do hedgehogs live?

Hedgehogs live in a variety of places. They are mostly found in very wet areas of Brazil. However, they are also in upland areas including the sides of the mountains and the moorlands as well as woodlands.

What is the scientific name of hedgehogs?

Hedgehogs go by the scientific name Erinaceinae. Further, they belong to the kingdom Animalia and phylum Chordata.

What are some of the predators of hedgehogs?

Some of the predators of the hedgehogs include almost all carnivorous, large birds, and badgers.

How many babies do Hedgehogs have?

The average number of babies a Hedgehog has is 5.

What is an interesting fact about Hedgehogs?

Hedgehogs are thought to be one of the oldest mammals on Earth!