What Do Fireflies Eat?

Fer Gregory/Shutterstock.com
Share this post on:
More Great Content:
What Kills Bed Bugs Instantly?
How To Get Rid of Roaches Overnight
Carpenter Ants vs Black Ants: What’s the…
Where Do Bees Go In The Winter?
The 10 Largest Grasshoppers In The World
Types of Beetles: The Complete List

Few insects capture people’s imagination or fill us with wonder more than the firefly. Also known as glowworms or lightning bugs, fireflies get their name from their unique ability to light their bodies. While not all of the 2,000 species of firefly glow as adults, all species glow as larvae. Fireflies use their unique lighting ability to attract mates as adults, and also to warn potential predators that they aren’t very tasty.

Belonging to the Lampyridae family in the beetle order Coleoptera, fireflies mostly live in temperate or tropical regions. You can often find them lighting up fields, wooded areas, and marshlands around dusk or twilight. Their lighting displays have captured people’s attention for millennia, and continue to be a source of entertainment. Children and adults alike enjoy watching fireflies, and some even capture them to keep them as pets. This begs the question, “what do fireflies eat?”

In this article, we’ll attempt to answer this question and many more concerning the dietary habits of fireflies. We’ll start off with an overview of what foods fireflies generally like to eat. Then, we’ll dive into the senses of a firefly and how it tends to find and forage for food.

Next, we’ll compare what do fireflies eat in the wild versus what they eat in captivity.

Finally, we’ll end with a brief discussion of what baby fireflies eat. So, let’s light up this topic and answer the question, “what do fireflies eat?”

What do lightning bugs eat? The food that fireflies like to eat varies depending on the species and the lifecycle stage that a firefly is in. In the larval stage, also known as the infant stage, fireflies are predominantly carnivorous. As larvae, fireflies live on soft-bodied animals and insects, including dead animals. Meanwhile, adult fireflies eat a wildly different diet.

This cannibalistic behavior is exhibited both by larvae as well as females that prey on potential mates. Given this variance, it’s inaccurate to say that all fireflies like the same foods. Still, we’ve narrowed down the list of foods that fireflies like to 9 common entries.

What do lightning bugs eat? These 9 foods include:

What Do Fireflies Eat, How They Hunt, and Forage For Food?

What do lightning bugs eat? Fireflies belong to the beetle order and possess many of the same attributes as other beetle species. As such, they rely on their various senses to locate and hunt for food. Beetles such as fireflies possess compound eyes which are well adapted to detecting movement. This allows them to track their prey, which is especially helpful during the larval stage when fireflies do most of their eating.

That said, they also rely on their eyesight in the adult stage, when they must identify other fireflies or hunt for insects. Additionally, fireflies possess a keen sense of smell and taste. With their antennae, they detect chemical compounds in the air and the environment around them. This allows them to locate food from far away, particularly food that they are not able to see or can’t see well. This combination of sight and smell is usually all a firefly needs to find a meal.

What do lightning bugs eat? Fireflies employ different tactics to find food depending on their lifecycle stage and species. In their larval form, fireflies are voracious hunters, and will actively stalk their prey. Upon finding its target, the firefly larva will inject its prey with a paralyzing neurotoxin. This neurotoxin is filled with digestive enzymes that break down the prey’s body, thereby making it easier to eat. Meanwhile, some adult fireflies employ different tactics to find food.

For example, the females of some firefly species will raid the webs of spiders and steal their food. Additionally, some female fireflies will lure in potential mates by flashing lighting patterns used by other firefly species. Once the unsuspecting male is lured in, the female will then feast upon the male. Finally, most adult firefly species live off of nectar and pollen, or nothing at all. When not mating, these fireflies fly from plant to plant to forage.

What Do Fireflies Eat in the Wild?

Fireflies spend the majority of their lives as larvae, and as a result, do most of their feeding in the larval stage. Upon reaching sexual maturity, many species severely cut back on their feeding, and most change their diet entirely.

The goal of adulthood is to mate and create offspring, so feeding falls by the wayside. As a result, most adult fireflies only eat as much food as necessary in order to survive long enough to mate. In the wild, adult fireflies mostly live off of nectar or pollen.

They prefer to visit plants with sweet nectar such as flowers and other more sugar-rich plant foods. Fireflies still require water to live, which they mostly get from the dew that collects on plants. On the other hand, some fireflies will prey on other insects, including other fireflies.

Generally, these fireflies tend to target smaller insects, which are easier to subdue.

What Do fireflies Eat When in Captivity?

Many people enjoy watching fireflies, so it’s no small wonder that some people take it a step further and keep captive fireflies. If you decide to keep a pet firefly, you’ll need to know what to feed it in order to keep it alive for as long as possible.

In addition to water, you’ll want to make sure your firefly has access to a nectar substitute. Sugar water is usually a decent replacement for wild nectar.

You can also feed your pet firefly flowers, as it may collect the nectar and pollen from these natural sources. Depending on the species, you may also provide it with insects and soft-bodied animals such as slugs, worms, and snails.

Just make sure to replace its food regularly and monitor its feeding habits.

What Do Fireflies Eat When They Are Babies?

Like other beetles, fireflies go through four life cycles. These include egg, larva, pupa, and the final adult stage. Female fireflies normally lay their eggs during mid-summer.

By late summer, the eggs hatch, and the firefly infants, or larvae, emerge. Fireflies spend most of their lives in the larval stage. This is also the stage where fireflies will do most of their eating.

They need to eat plenty of food in order to grow and eventually evolve into the pupal and adult stages. In the larval stage, fireflies eat a carnivorous diet.

Their diet consists mostly of grubs, worms, snails, and slugs. That said, firefly larvae will also eat other larvae and carrion. 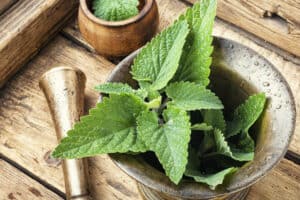