What Do Mice Eat In The Wild?

Written by Kyle Glatz
Updated: October 11, 2022
© iStock.com/Weber
Share this post on:
More Great Content:
Baby Mouse vs Baby Rat: What’s the…
How Many Mice Are In My House?…
Syrian Hamster Lifespan: How Long Do Syrian…
Chinchilla Lifespan: How Long Do Chinchillas Live?
Does Vinegar Repel Mice?
Hamster Teeth: Everything You Need to Know

Mice are interesting rodents because they live close to humans and in the wild. They love to spend time near human settlements, so they have access to food and safety. If you’ve ever had a mouse infestation, then you already know that they aren’t picky when they’re in your house. They’ll clean out your cereal and even cat food. That raises an important question, though. What do mice eat in the wild?

Let’s take a look at the foods that mice survive off of when they do not have your pantry to raid.

What Do Mice Eat in the Wild?

Mice primarily eat grains, fruit, seeds, vegetables, insects, and carrion in the wild. Mice are very widespread, so much of their diet greatly depends on their surroundings. After all, some types of food are more widely available in some parts of the world than others.

For example, a mouse that lives in a rural area might have more access to vegetables like corn since they live near farms. Meanwhile, mice that live in suburban places will get a lot of their meals from humans, especially via their garbage.

Also, mice will certainly eat any bird suet and seeds that you leave out for birds, especially if the feeder is easy to get to. It doesn’t take much for mice to climb or jump to a bird feeder. They are also known to get into garbage and eat whatever they can. Eventually, some mice get used to the good eating provided by humans and decide to move right into their homes. That way, they can stay close to a source of food for a long time.

Other foods that wild mice eat include:

For the most part, mice are very opportunistic creatures that will take any meal they can get their hands on. As you can see from the aforementioned list of things that mice eat, they aren’t limited to vegetarianism. They have no problem eating insects, roaches, and even meat. As rare as it is, mice won’t pass up on feasting on a dead animal if they’re in dire straits.

Of course, mice in the wild also have another item on their personal menu that is not as innocent as a raspberry. From time to time, mice have no choice but to eat each other.

Why Mice Can Turn into Cannibals

When that happens, adult mice will seek out young mice and eat them. Many times, it is the parents that will injure and cannibalize their young so that they stand a better chance at survival. This doesn’t always solve the problem, though. Mice can live alone or in small groups, but wild mouse populations can be quite large and dense.

However, rats will actively seek out, kill, and eat mice. Part of the reason they do so is that it allows them to get an easy meal. The other reason they do this is so they can eliminate their primary competition for food without much of a threat to each other.

The bottom line is that rodents have a far more diverse food supply than many people know.

What Do Pet Mice Eat?

Pet mice are provided with a variety of foods that keep them healthy. In fact, they often eat better than their wild counterparts because their owners love and care for them.

Like wild mice, pet mice are omnivorous, so they can eat a wide variety of foods. Some of the most common foods that people feed their pet mice include:

These are just a few examples of foods that people offer their mice. More specifically, people like to feed their mice cucumbers, carrots, broccoli, cabbage, apples, corn, cooked poultry, and freeze-dried mealworms.

One of the best parts about owning a pet mouse is the fact that they are not so picky with their meal choices. As a result, most people have no problem whipping up a fresh meal for their furry friend.

Best Bait to Use on Mice Traps

Now that we know what mice like to eat, we can use that information to help with pest control efforts. After all, if you can find a type of food that mice like, you can draw them into traps. Whether you want to fatally injure the mice or use a humane trap to relocate them, the right bait is required.

That being said, not all baits are helpful. You need something that is fragrant and sits well on a trap. The old cartoons would have us believe that the best food to use is cheese. The truth is that mice love cheese. Yet, you might want to opt for something that is harder to resist.

One of the best foods that you can use to bait mice is not something they eat in the wild, but it is widely available in kitchens around the country. It’s peanut butter. Mice cannot get enough of the stuff. They love the smell and the rich, sugary taste.

Best of all, it’s easy to put a small amount of peanut butter on a trap so that it can’t be eaten by the mouse without springing it. This product is sticky, cheap, and draws mice out like few other foods can!

You can also use other foods to bring mice to traps. Using jam is another great idea since it mimics the foods they love from the wild while also being sweet and fragrant.

We’ve taken a look at the question, what do mice eat in the wild? Now that you know, you can use these foods to bait them to traps or to reduce their availability around your home and cut down the population of mice in your area.

The Flag of Oman: History, Meaning, and Symbolism 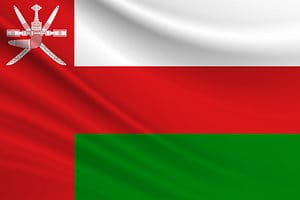