More Great Content:
The 10 Most Dangerous Dog Breeds in…
English vs American Golden Retriever: 5 Differences
The Top 8 Oldest Dogs Ever
Dogs With The Highest Bite Force
Australian Shepherd vs Australian Cattle Dog: What…
The 10 Most Expensive Dog Breeds

Why Dogs Eat Their Own Poop, and What to Do About It

iStock.com/APION
Share this post on:
More Great Content:
The 10 Most Dangerous Dog Breeds in…
English vs American Golden Retriever: 5 Differences
The Top 8 Oldest Dogs Ever
Dogs With The Highest Bite Force
Australian Shepherd vs Australian Cattle Dog: What…
The 10 Most Expensive Dog Breeds

As a dog owner, you kind of get used to some pretty disturbing canine behavior. Most of us learn to accept some butt sniffing and rolling around in stinky stuff and even drinking water from the toilet bowl. But eating poop is on another level! This seems to be the one behavior that freaks humans out the most. Why do dogs eat their own poop?

It’s actually fairly normal canine behavior and a lot of dogs do it, especially when they are young. Eating poop dates back to when wild dogs scavenged for food and lived in packs. These days, domestic dogs may do it for attention or because of anxiety but it can be an indication of disease in some cases.

Why Do Dogs Eat Their Own Poop? – The Science

Let’s start by looking at what animal scientists have to say about poop-eating. You may be surprised to know that there is a scientific name for dogs eating poop, it is called canine conspecific coprophagy!

The experts believe that as is the case with most canine behavior, dogs have evolved to do this because it helped them to survive in some way. We already know that dogs do not find smelly things as repulsive as we do and are quite happy to eat the poop of other animals including cats’ poop. But why do dogs eat their own poop? It seems there are a few possible theories.

The first theory is connected with intestinal parasites. Dogs get infected with these by eating the waste of an infected dog but often the stool needs to be a few days old before the eggs in it can infect a new host. So, if fresh poop has been left around the den, it makes sense to get rid of it before the parasitic ova in it became capable of infecting another dog. The quickest way to get rid of it is to eat it! This means that eating poop would have been a kind thing for an ancient dog to do – they were trying to protect their pack buddies!

The second theory is that ancient dogs were essentially scavengers and lived off whatever they could get their paws on. In order to survive, they had to evolve to not be that picky about what they ate. While dog poop is not nutritionally that great, it may be better than nothing. Beggars can’t be choosers!

Finally, it is common for healthy dogs to eat the waste of weaker and older dogs. It is thought that this dates back to them trying to protect the pack from predators by hiding the fact that they have an ailing pack member.

Is It Normal for Dogs to Eat Their Own Poop?

So, we now know that for ancient dogs, poop-eating was perfectly normal. But what about our modern domestic breeds? Surely, this is not normal behavior for them? Think again, because a study carried out in 2012 found that it actually is.

The research gathered information on over 1500 dogs and found that 16 percent of the dogs, that’s one in six dogs, had been caught eating their own stools at least five times. A quarter of the dogs had done it at least once.

7 Facts About Dogs Eating Their Own Poop

Research into this behavior has thrown up some fascinating facts!

Why Do Puppies Eat Their Own Poop?

Many poop-eating habits start in puppyhood. Mom dogs naturally lick around their pup’s butts to stimulate them to have a poop. Then, they eat the poop that the pups produce to keep the nest nice and clean. This happens until pups are around three weeks old and they soon join in by eating their own poop. This is called autocoprophagia. The theory is that the pups smell poop on their mother’s breath and she may even regurgitate food mixed with puppy poop after she has cleaned them. This sets the pups up to want to eat poop. The scientific name for this is “appetitive inoculation”.

Some go on to eat the poop of other dogs and even other animals. The behavior usually fades by the time a pup is nine months old.

Why Do Adult Dogs Eat Their Own Poop?

We’ve already seen that there are some perfectly natural reasons why some dogs eat poop including nursing Mom dogs. Others just like the taste of it!

However, poop-eating can also be a sign that something is wrong. The following reasons are more concerning:

Poop Eating to Get Attention

How did you react when you first saw your pup or young dog eating poop? Did you start running around and fussing with them? To pups, this looks like a reward and you have inadvertently encouraged the behavior!

Perhaps your pooch has learned that eating poop is a great way to get your attention. Let’s face it, it’s not easy to ignore your dog eating poop!

Coprophagia (poop-eating) should always be checked out by a vet because it can be a sign of illness or disease in dogs. It can be associated with liver diseases and brain problems. It can also be triggered by intestinal parasites, gastrointestinal disease, or nutritional deficiencies including malabsorption syndromes, diabetes, Cushing’s disease, and thyroid disease. There will usually be other signs of illness at the same time including weight loss. Some medications, including steroids, seem to trigger poop-eating in dogs.

Dogs that are anxious often show displacement behaviors. This means suppressing what they actually want to do and doing something else instead. So, an anxious dog may want to run away but instead, they poop and then eat it. The sort of anxiety that triggers poop-eating can be caused by being confined in a room or crate for too long. It can also be caused by a lack of stimulation or separation anxiety. Dogs with generalized anxiety also exhibit this behavior and studies have shown that dogs who are kept alone in sheds and kennels are more likely to do it than those who live with their humans.

Pups who have been punished too harshly and repeatedly for pooping in the home will eat their own poop to hide the evidence.

Sometimes it is down to simple confusion and this happens when dogs are fed close to where they poop. They mix up the odor of poop with the odor of food and in the end, they can’t tell the difference.

Should You Stop a Dog Eating Poop

There are valid reasons for taking steps to prevent your dog from eating poop in addition to the fact that it is disgusting and horrifies most humans!

Poop is not a sterile or safe substance to eat and that applies to poop from dogs and from other animals. It can contain a range of pathogens and parasites that can make your dog ill. It could also contain toxins or even medication taken by another animal. How to Stop Your Dog from Eating Their Own Poop

If you want to stop your dog from eating their own waste or that of other dogs, you need to work out why they are doing it in the first place. This is not a “one size fits all” situation. The remedy will be different for every dog and every situation.

How to Stop Pups from Eating Poop

Never scold your pup for pooping inside. Give them loads of praise (and tasty treats) for pooping outside. Then, clear it away immediately before they get a chance to eat it. Tackle the source of the anxiety. If it is crate anxiety, get them a bigger crate, try a crate cover or put the crate in a quieter place.

For dogs with separation anxiety, try some interactive toys to keep them busy, play some music or consider some daycare options. A dog behavior expert may also be able to help. How to Break the Habit of Eating Poop in Dogs

Once dogs have got into the habit of eating poop, whether it is to gain attention or for other reasons, it can be hard to break it. Here are a few things that you can try: 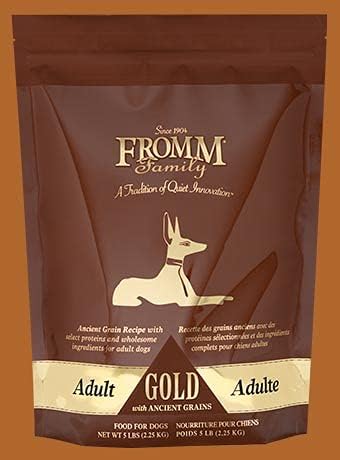 Talk to your vet if your dog is eating their own waste. They will be able to check that the behavior does not have a medical cause. They may also decide to give your dog a vitamin supplement in case they are eating poop because they are deficient in a particular nutrient, particularly Vitamin B. Some vets also try an enzyme supplement to help them digest modern dog foods.