Finding suitable food for your large breed dog can be challenging. Large dogs need a special diet that is specifically designed for larger dogs since they have specific dietary needs. Luckily, Fromm large breed dog food is suitable for most bigger canines.

Most of their foods include all the nutrients that larger dogs need to thrive, including joint-supporting supplements and omega fatty acids. Plus, their large breed food is formulated according to the AAFCO’s guidelines for large breed dogs. Their formulas aren’t “generalized”. They’re designed specifically for larger dogs.

However, that doesn’t mean that just any large breed dog food made by Fromm is a good option for your dog. There are slight differences between them that may be important for some dogs. For instance, different foods have different ingredients, which does have an effect on the food.

Below, we’ve reviewed all of the major Fromm large dog breed foods. These range from adult foods to puppy foods, so be sure that you choose the food that best fits your dog’s needs. We’ll take a look at each food and then explain how to go about choosing the best option for your canine. There are several points to consider when choosing from the four Fromm large breed recipes. However, if you’ve already narrowed down your decision to Fromm large breed dog foods, then you only have a few more decisions to make, including the life stage, proteins, and grain inclusion.

When choosing a dog food, you typically have two choices to consider: puppy or adult. In many cases, this decision may seem pretty obvious. If your dog is still growing, it needs a puppy option. However, if they are done growing, then an adult option is necessary. However, some large breeds can grow very slowly as they approach adulthood, so you may need to ask your vet about switching them to puppy dog food.

It is always best to keep dogs on puppy dog foods for too long, rather than take them off too early. However, leaving them on puppy food forever can lead to obesity, as this sort of food has higher fat and protein content than adult food. So, you do have to switch them eventually.

Your vet can let you know when your particular puppy can switch over to adult food.

Another key feature that the Fromm large breed dog foods differ on is the proteins they include. Their usual recipe focuses mostly on chicken, while their heartland recipes include beef as the primary ingredient. The normal gold options also include more kinds of meats.

While more kinds of meats typically mean that the food is more balanced and complete, too many different protein sources can also upset some dogs’ stomachs. Therefore, if your dog has a sensitive stomach, you should probably choose the heartland variety, since it only includes two different proteins.

However, this isn’t always a clear-cut decision. If your dog is sensitive to beef, then you should select the chicken option instead. You’ll need to consider your whole dog and its needs when making a decision.

The main differing factor between all these different foods is whether or not they include grains. Two of the options we reviewed are grain-inclusive, while two are grain-free.

Grains have a bad reputation, but they are typically a decent option for many dogs. Whole grains do include some nutrients that are vital for your canine. Many dogs can digest grains just fine, as the digestive system of their ancestors developed to digest starches as they lived next to people. Grains are a great source of carbohydrates, which are an instant energy source for your dogs.

With that said, some dogs are sensitive to grains. However, these allergies are quite rare. Instead, allergic reactions are more common to chicken, beef, and dairy.

Plus, grain-free foods do not usually include more meats. Instead, they include lots of veggies like peas, potatoes, and lentils. Generally speaking, these foods aren’t necessarily a great option for our dogs. While they do have some nutritional value, they are also associated with some health conditions.

Therefore, it is often best to choose a grain-inclusive food unless your dog has a grain sensitivity.

Our Criteria: How We Chose the Best

Typically, users mostly complain about the cost of this food. After all, large dogs do eat a lot. It is expensive compared to other options, but you are getting what you pay for. Compared to lots of other dog foods, this food has better ingredients and fewer fillers. It seems to include more meat, which is typically better for our dogs.

However, this brand just simply isn’t in the budget for many people, which needs to be considered if you’re looking at purchasing this food.

With that said, we were pleased that this brand was owned and crafted in America. Plus, it has great customer service; questions are usually answered immediately.

Our large dogs experienced positive digestive benefits from this food. For instance, one of our dog’s stools changed back to being solid.

For most dogs, you’ll likely want to get our overall best pick Fromm’s Gold formula for larger breeds. This formula is specifically designed for dogs that are over 50 pounds. It includes a variety of nutrients that larger dogs need to thrive, making it a good choice for many larger canines. You can also use this formula for dogs that are almost considered large breeds, as these dogs may also benefit from the added nutrients.

Probiotics are added to support your dog’s digestive system and aid in digestion. Plus, they may also help your dog’s immune system. On top of this, salmon oil is included for extra omega fatty acids, which can help support their coat and fur. Plus, omega fatty acids may also improve joint health, which is necessary for most larger dogs.

Chicken is the main ingredient in this dog food. However, it is included in many different forms. For instance, whole chicken, chicken meal, and chicken broth are all included to raise the protein content and add extra flavor.

This formula is not grain-free. However, that does make it a good choice for dogs that aren’t sensitive to grains. Most of the grains included are whole grains, which makes them very nutritious. However, white rice is included further down on the list and is not whole grain.

Fromm Gold for large breed puppies is very similar to the adult formula. However, it is designed for puppies specifically, which means that it includes more protein and fat. Puppies need more protein and fat because they are growing, while adults don’t necessarily need as much.

There are also other sorts of proteins included, such as fish meal and lamb. All of these ingredients help add specific nutrients to the food that puppies need. Plus, they also add amino acids to the food that your dog needs to thrive.

Salmon oil is included as well, as it adds omega fatty acids to the food. These fatty acids can help improve the dog’s overall health, including its joints. Joints are extremely important for older dogs, as they are carrying around more weight, to begin with.

Of course, probiotics are also included. This nutrient is essential for puppies since their gut is starting from scratch. There are several strains of probiotics included as well, which is always helpful.

If you’re looking for a great puppy food that is less expensive, your best bet is to choose the Heartland recipe. This formula is specifically designed for puppies that are going to be over 50 pounds as adults. It is designed specifically to support their joints and help them grow slowly, which is necessary for these bigger breeds.

If a large breed puppy grows too quickly, they are more likely to experience skeletal issues when they are older, such as hip dysplasia and arthritis.

Staying true to the advertising, the first ingredient in this dog food is beef. This is followed by pork meat and bone meal. While generic “meat and bone meal” is not a good ingredient because it is unnamed (and therefore a bit like mystery meat), this meal is labeled as pork, which lets us know that it is coming from a quality animal.

The bones included with the pork meat is likely to increase the nutritional content of the food and provide a “whole prey” diet for the puppies.

Other sources of meat are also included, such as pork liver and pork fat. These improve the taste of the food and increase the overall protein content. Pork fat makes the food extremely tasty and adds the fat that puppies need to grow.

On top of the meat, this formula also includes probiotics to improve digestion. Like most Fromm dog foods, salmon oil is also added to increase the omega fatty acid content.

Some veggies are also included, such as peas and lentils. While these are nutritional, they have also been linked with certain health conditions. Therefore, you may wish to avoid feeding this food exclusively, especially if your dog is prone to heart conditions. Unlike the previous puppy formula, this one is grain-free.

Most dogs do not need grain-free food. In most cases, dogs can digest grains just fine, and they are even an important part of a dog’s diet, considering the nutrients they provide. Whole grains are the most healthful – just like they are in people.

However, some dogs are sensitive to grains. In this case, you’ll want to consider choosing this grain-free adult food by Fromm. It provides everything that your larger dog needs to thrive without the grain that the previous formula included.

The ingredient list of this adult food looks a lot like the previous puppy food we reviewed. The first two ingredients are beef and pork meat meal. Both of these ingredients provide the protein and fat your canine needs to thrive.

Because this formula is grain-free, it leans on veggies to work with the meat ingredients. Specifically, peas, lentils, potatoes, and dried sweet potatoes all appear directly after the meat ingredients. While these foods are healthy in small amounts, they can cause DCM in larger amounts, which is a deadly heart condition in canines.

The FDA is currently investigating the link between these grain-free diets and heart conditions. However, in the meantime, you likely want to choose a grain-inclusive recipe like the first one we reviewed over this formula unless your dog is sensitive to grains.

Of course, like all Fromm foods, this recipe does include probiotics. These work just like human probiotics, supporting your dog’s immune system and providing digestive support. 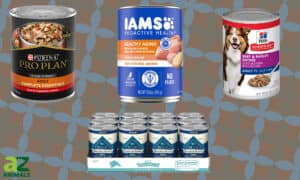 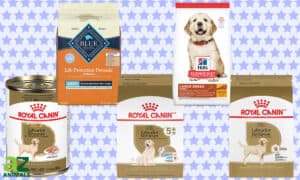 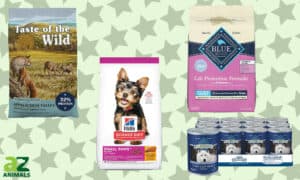 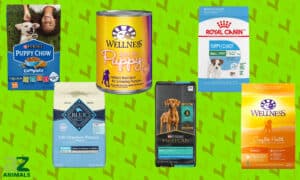