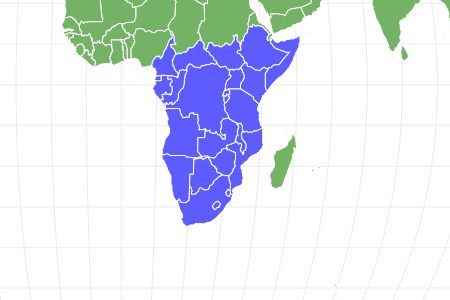 View all of our Agama Lizard pictures in the gallery.

View all of the Agama Lizard images!

The Agama Lizard live in small social groups consisting of a dominant male and several subordinate males and females.

The agama is a genus of lizards that lives throughout sub-Saharan Africa. There are more than 40 recognized species within this genus, but for the purpose of this article, the common agama or red-headed agama lizard will be the main focus unless otherwise mentioned. There are plenty of interesting facts to learn about the identification, habitat, reproduction, and behavioral adaptations of the African Agama lizard. Many people enjoy keeping them as exotic pets. Because of their relatively docile nature, they can get used to people handling them with enough time.

The scientific name of the Agama genus is simply Agama. This name comes from a local West African word that means lizard. It belongs to a family of dragon lizards, Agamidae, that are common all throughout the Eastern Hemisphere. The scientific name of the common red-headed agama lizard is actually Agama agama, which demonstrates how common and important it is within the genus. There is another group of lizards called the butterfly agamas, but they are part of a separate genus within the same family.

Agamas come in a wide array of bright colors and distinctive body shapes that should make identification easier. For instance, the common agama, also known as the red-headed agama lizard, is characterized by brown muted colors around the body with a light stripe down the middle and six or seven darker patches on the side. Dominant males tend to have a blue body and yellow head, whereas subordinate males and females tend to have olive-green heads instead.

Other important features include an exceptionally long tail, big head, external ear openings, and prominent eyelids. The size of the lizard can vary anywhere between 5 and 12 inches, sometimes even longer. This is about the same size as a human foot. Size is also one of the most important distinguishing characteristics between agama lizard females and males. The males tend to be much larger than the females.

Agamas live in small social groups that consist of a lead male, several agama lizard females, and a few younger subordinate males. The structure of the group is rather loose and relaxed. There are no defined hierarchies apart from the lead male, also known as the cock, who has exclusive breeding rights with the females. Agamas are fairly docile animals, but dominant males can become quite aggressive in defense of mates and territory. They will typically show off their colors, lash their tails, or make a threat display when agitated or disturbed.

Subordinate males must either establish their own territory or eliminate the current cock and take his place in order to mate with the females. If the current cock is challenged by an upstart, then he will stand in a prominent position and show off his throat pouch and bob his head up and down. If the intruder hasn’t retreated, then the cock will charge at him with mouth open and colors displayed. They will then strike at each other with their tails to determine who is the most dominant male.

The African agama lizard can be found in dry forests, grasslands, and deserts, as well as urban and suburban environments, throughout sub-Saharan Africa. Agama territories are always built around a large object such as a tree or boulder. Dominant males defend this small range from intruders.

If you are interested in keeping the agama as a pet, then it is a good idea to house multiple lizards together in a single enclosure to replicate the social structure of their natural habitat. Three agamas would need an encloser of at least 4-feet long and 2-feet tall with enough soil, rocks, artificial plants, and a UVB heat lamp that can maintain a consistent temperature between 80 and 85 degrees Fahrenheit during the day. When they aren’t hunting, lizards spend most of their day basking in the sun. The basking area of the enclosure should therefore reach almost 95 degrees Fahrenheit. They are highly tolerant to high temperatures.

The agama faces few serious threats in the wild apart from natural predators. Although habitat loss can sometimes be a problem, these animals are very capable of adapting to human environments.

What eats the agama lizard?

The agama is preyed upon by all kinds of different predators throughout their range, including snakes, birds, and small mammals.

What does the agama lizard eat?

The agama lizard is primarily an insectivore, meaning that insects form the bulk of its diet, including ants, grasshoppers, beetles, and termites. It’s also been known to consume small mammals, reptiles, flowers, grasses, and fruits. The agama will sit and wait for its prey to pass by. It will then catch the prey with its sticky mucus-covered tongue. Agamas also consume sand and rocks along with their food to aid in digestion.

Agama lizards tend to reproduce during the wet season or any other time of the year with sufficient amounts of rainfall. As mentioned previously, the lead male is the only one who’s allowed to mate with the agama lizard females. He will usually initiate the mating ritual with a brief series of head bobbing. The entire reproduction will last for only a few minutes. After the process is complete, the mates will go their separate ways.

When she is ready to lay her eggs, the female will dig a hole about two inches deep in wet, sandy soil with her snout and claws. She will then lay a clutch of five to seven eggs inside of the hole and cover them with herbs or grasses, just enough to hide them from predators but still give them access to sunlight. Although they do not receive much care from their parents, it will take about eight to 10 weeks for the eggs to hatch. Each baby lizard will measure about 1.5 inches long with an additional 3-inch tail.

Solitary at birth, the baby lizards will immediately begin eating plants, insects, sand, and rocks. By around for months old, the juveniles will attempt to join a pre-existing group with a dominant male already in charge. While there isn’t a strict structure of this group, the juvenile male will start in a subordinate position and have a chance to become dominant as they grow up. Females become sexually mature after 14 to 18 months; males take up to two years. Depending on the species, the agama may have a lifespan as long as 25 years, but most are likely to be much shorter. Many baby lizards fall victim to predators before reaching full maturity.

According to the IUCN Red List, the common red-headed agama lizard (along with most other members of the genus) is a species of least concern. We don’t have any good population estimates for these species, but they are very common and widespread throughout their entire natural range.

Is the agama lizard carnivorous, herbivorous, or omnivorous?

The agama is an omnivorous animal. Insects make up the bulk of their diet, but they also sometimes supplement this with small bits of plant material.

What do female and male butterfly agama lizards look like?

The butterfly agama or butterfly lizard, a native of Southeast Asia, generally has some kind of gray or olive green skin with yellow or red spots and black stripes along the sides. Males in the breeding season develop bright red and black markings and other prominent characteristics all over their bodies. Most individuals measure somewhere between 12 and 20 inches long. Keep in mind the butterfly agama is a separate genus from the African Agama lizard. It is not considered to be a “true” agama. The much larger size should help with the identification of the butterfly agama. One of the most interesting facts about the butterfly lizard is that some species can reproduce asexually.

How do I tell the sex of my agama lizard?

Males are generally larger than females. The most dominant male of the group will be arrayed in bright blue and red markings as well. Females will have a pair of enlarged scales near the vent; this is the cloaca.

What are the differences between agama lizards and crocodiles?

How active is an agama lizard?

Agamas are fairly active for most of the day, but if you’re keeping one as a pet, then you should expect it to lounge around in the sun a lot.

The agama lizard is good for beginner and intermediate reptile owners. They are relatively docile, easy to care for, and under the right conditions, have an excellent lifespan of up to 25 years.

They are not considered to be poisonous at all, but if you’re accidentally bitten by one, you should wash the wound with soap and water to kill any bacteria.

What does an agama lizard eat?

The diet of the agama mostly consists of insects, plant matter, and very small vertebrates. In captivity, they can be fed on a diet of several crickets and super worms every day.

What is the difference between a lizard and an agama lizard?

The agama is a type of lizard. It has many characteristics and adaptations of a lizard, including the side-to-side running motion, the long tongue, and the overlapping scales (which protect it from water loss in hot and dry environments).