There are just under 400 species, several of which change color. 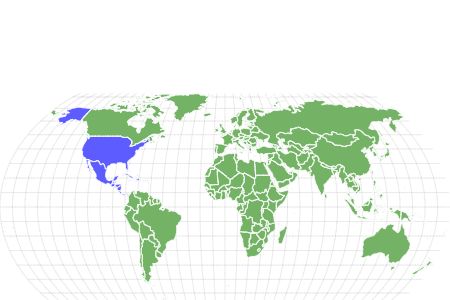 View all of our Anole Lizard pictures in the gallery.

View all of the Anole Lizard images!

The name Anole Lizard refers to one of over 400 species of mostly color-changing lizards located primarily in South and Central America.

There is a single species, the Green Anole, Anolis carolinensis, native to North America, which is sometimes called the American Chameleon. Though many anole lizards can exhibit color adaptations to their environment, the anole lizard differs from true Chameleons in many ways, not least in their very limited ability for color change. In most species, the male and female differ in some way, most commonly because the males have a brightly colored dewlap on the necks, but males and females may also by size and sometimes nose length. Another species, the Brown Anole (A. sagrei), can be found in parts of the United States, but is considered an invasive species and has a negative effect on local ecosystems. A few other species, including the Knight Anole (A. equestris) are also found in Florida but are introduced species and not native to the area.

Anoles come from the family Dactyloidae under the Class Reptilia. Because there are over 400 species, it would be impossible to list all their scientific names here. Collectively, they are called Anolis. Some of the subspecies are Anolis caliensis (Green Anole), Anolis sagrei (Brown Anole), Anolis equestris (Knight Anole), Anolis allisoni (Cuban Blue Anole, one of the more brightly colored of the anole species), and Anolis allisoni (Horned Anole).

The size and color of each anole lizard species will differ depending on habitat, climate, and diet. Depending on where they live and how they hunt, they may have physical adaptations such as large hind legs for jumping large distances for prey, or short stubby legs if they live higher up in trees and creep up slowly on prey to avoid detection by their predators when hunting. They come in many colors, though the most common colors are a range of greens and browns, with yellow and sometimes blue variations. Most male anole lizards have a dewlap, which is a piece of erectile tissue on the neck, which can be collapsed and extended into a semi-oval shape. The dewlaps of the male can be almost any color, and usually, the color differs greatly from the lizard’s body.

Anoles are mostly solitary. They may live near each other but are not generally found in groups. Males aggressively defend their territory during sexual maturity, otherwise, they are typically docile and tolerate humans to varying degrees. Various behavioral adaptations occur depending on the environment in which they live.

Most anole lizard species live in or near trees, though some live near the base and some prefer the smaller limbs near the top. Their hunting styles will differ depending on their locations. Anole lizards may be found in bushes, reeds, low limbs, tree trunks, and forest canopies. They are found in many ecosystems, including on farms, in residential yards, in rainforests, dry forests, arid scrub, grasslands, and in the riverside vegetation.

Almost all anoles are insectivores, though some will also consume some vegetation and nectar. Anoles are hunters who feed primarily on insects, spiders, and other invertebrates, but may also consume nectar, tree sap, and occasionally rotted fruit. Larger species may consume smaller or baby lizards, snakes, and eggs.

One threat to anoles is other anoles. For instance, when they share a habitat, Brown Anoles will eat Green Anoles and their eggs. They are also prey for larger reptiles and snakes, as well as many predatory birds and a few small mammals. Their color-changing abilities afford them some protection from predators, but they are vulnerable during mating when they increase their movements and show off brighter colors.

Typically, when males reach sexual maturity, they will hunt for a mate by flexing their dewlap and sometimes doing what looks like push-ups. These pushups are also used as a show of strength to discourage other males from entering the mating territory. Both males and females are polyamorous, mating with multiple partners over their lifespan. Male anoles defend a singular territory so that they can have exclusive access to females that enter into or live within that territory.

However, the females wander outside the territories and mate with other males also. When a mate is found, the female will lay one or two eggs after copulation, often every day through the mating season. A baby will hatch at about 0.75 inches in size. A baby anole will reach sexual maturity at about 18 months and have a lifespan of two (wild) to seven years (captive).

Populations vary widely between species with Green Anoles being estimated at around 100,000 specimens or more and the Blue Anole so rare that it may be headed for extinction.

Anoles are primarily insectivores, though they also occasionally consume vegetation and nectar.

Yes, anoles can bite, though Green Anoles have tiny teeth and weak jaws.

What do anole lizards eat?

Yes, the female anole lays one to two eggs per day during mating season.

How can you tell if an anole is male or female?

Female anoles are usually smaller in size. The males generally have a brightly-colored dewlap under their necks. The female Green Anole has a white stripe up her back, which the male does not.

How long does an anole lizard live?

In captivity, anoles can live up to seven years, but in the wild, their lifespan is usually only a few years.