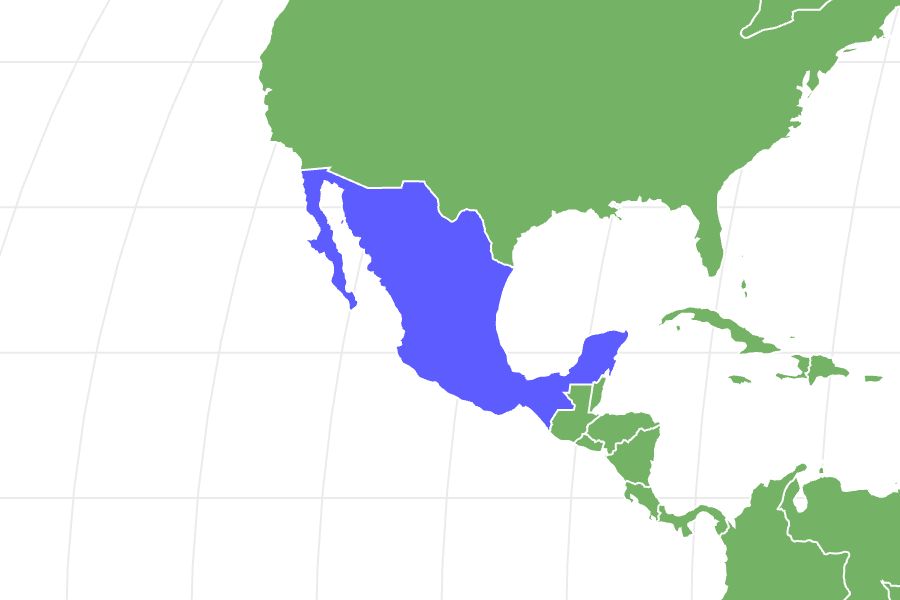 View all of our Axolotl pictures in the gallery.

View all of the Axolotl images!

“The axolotl is the rarest species of salamander.”

Axolotls are often referred to as “Mexican walking fish,” but they are actually amphibians that prefer to live their entire lives underwater. These remarkable creatures can regenerate almost every part of their bodies if necessary, including their spines, internal organs and even some parts of their brains. They have a very unique appearance and are extremely popular as exotic pets, but they can also be found in captivity at zoos, laboratories and breeding facilities. There are almost none of these creatures left in the wild.

The axolotl’s scientific name is Ambystoma mexicanum. There is some debate regarding the origin of the name, however. The genus was named by Johann Jakob von Tschudi in 1839, and he did not provide information regarding the derivation of the name.

Some believe that he meant for the name to be Amblystoma, which means “blunt mouth” and is derived from the Latin ambly, or “dull,” and stoma, or “mouth.” Because it’s unclear whether or not Tschudi made an error, the genus name remains unchanged.

Axolotls can have a variety of different color variations. Normal axolotls are an olive-tan color with gold speckles, but there are genetic mutations that can cause different coloring. Leucistic axolotls display pale white or pink skin with black eyes. Albinos have vibrant gold skin and matching eyes. Axanthic types are gray with black eyes. And melanoids are solid black with no other coloring. In addition to these natural mutations, exotic pet breeders will also intentionally cross-breed certain variants to produce new and interesting color combinations for novelty purposes.

Male and female axolotls can grow to be up to 18 inches long, but the average size is typically around 9 inches. They can also weigh up to 8 ounces. They have wide, somewhat flat heads with lidless eyes and thin mouths that appear to be smiling. They both have three branched gills that protrude from either side of the head, and they retain their larval dorsal fin throughout their lives. In addition, their limbs are small and underdeveloped, and they feature long, slender digits that resemble fingers.

Once they reach sexual maturity, both males and females are easy to tell apart. Males develop a large, swollen cloaca, and their tails typically grow longer. Females develop much wider bodies because they can carry anywhere from 300 to 1,000 eggs at a time.

In general, axolotls are solitary creatures. They prefer not to interact with humans, and they live by themselves in the wild unless they are mating, often hiding among plants and rocks at the bottom of the lakes in which they live.

Axolotls are native to the Valley of Mexico and can only be found in the Lake Xochimilco region. In the past, they could also be found in Lake Chalco, but every acre of land in that area is now dry in order to prevent flooding, so these creatures had to migrate.

Despite the fact that they are part of the salamander family, they live entirely in the water. The waters of Lake Xochimilco are usually about 65 degrees Fahrenheit, which is right at the edge of the 60-65 degree comfort zone that these creatures prefer to live in. They can be found at the bottom of the lake surrounded by plants and rock structures in which to hide.

Currently, the IUCN has currently listed the axolotl as a critically endangered species, and this means that they are on the brink of becoming extinct in the wild. The price of Mexico City’s urban sprawl has caused a severe decline in the population, and as the demands of Mexico City have steadily increased, more of this creature’s native surroundings in the Lake Xochimilco area has been drained or contaminated, and this habitat loss is a major contributing factor to their population decline.

Researchers are not sure exactly how many axolotls exist in the wild currently, but the most optimistic estimate is in the hundreds. The most recent count showed fewer than 30 axolotls per acre in their natural habitat, so their numbers are incredibly low. They are bred extensively in captivity as pets and food, however, so their conservation status is complicated.

The axolotl is carnivorous, and in the wild it will typically eat worms, crustaceans, small fish, molluscs, insects and insect larvae. The ones that live in captivity are usually fed a diet that consists of salmon pellets, black worms, bloodworms, white worms and Daphnia. Anyone keeping one of these creatures as a pet should be sure to feed it a protein-rich diet in order to keep it healthy. For a complete list of foods axolotls eat, check out our “What Do Axolotls Eat?” page.

Axolotls face a number of threats from both human and animal predators. Roasted axolotl is considered a delicacy to many, and there are also huge numbers of people who capture them to sell for profit.

The introduction of non-native species such as the Asian carp and African tilapia has also hurt the wild axolotl population because these fish will eat their young as well as the small prey that they survive on.

In the wild, axolotls typically live up to 15 years. In captivity, their lifespan is usually longer, and they can live up to 25 years. These creatures generally reach sexual maturity around 18 months. Some may take up to 24 months to reach full maturity, but they are always still in their larval form when maturation happens.

Axolotls breed in late winter or early spring, and their mating rituals involve a courtship dance that relies on a combination of visual and chemical signals that allow the female to find and insert the sperm capsules that the male deposits for her.

Females can lay anywhere from 100 to 1,000 eggs in a single spawning. Each egg is laid individually, and females prefer to lay their eggs on plants when possible. The eggs will hatch after incubating for 14 days at 75 degrees Fahrenheit, and the larvae will begin eating within their first few hours of life.

Axolotl parents do not care for their larvae. In fact, they are not averse to eating their own eggs or their own babies. This is something that breeders and pet owners must carefully account for.

There are many zoos across the United States that feature axolotl exhibits so that you can see these fascinating creatures up close and learn more about them. A few of the most well-known exhibits can be seen at the San Diego Zoo, the Lincoln Park Zoo and the Detroit Zoo.

In general, axolotls make good pets. They are resilient creatures that are cute, easy to care for and interesting to watch. Their needs are fairly simple and straightforward, and they don’t require expensive equipment or complicated care routines like many other exotic pets. The price of an axolotl is also fairly low, which makes it a good choice for beginners.

Can you hold an axolotl?

Axolotls can be handled gently, but they should not be held any longer than necessary. They prefer to be left alone as much as possible.

Can you take an axolotl out of water?

You should never take an axolotl out of water longer than absolutely necessary because they cannot breathe. It’s okay to take them out of water for small tasks such as moving from one tank to another, but they should be kept in water as much as possible.

What is an axolotl?

How do you pronounce axolotl?

Are Axolotls herbivores, carnivores, or omnivores?

Axolotls are Carnivores, meaning they eat other animals.

What Kingdom do Axolotls belong to?

Axolotls belong to the Kingdom Animalia.

What class do Axolotls belong to?

Axolotls belong to the class Amphibia.

What phylum to Axolotls belong to?

Axolotls belong to the phylum Chordata.

What family do Axolotls belong to?

Axolotls belong to the family Ambystomatidae.

What order do Axolotls belong to?

Axolotls belong to the order Caudata.

What genus do Axolotls belong to?

Axolotls belong to the genus Ambystoma.

What type of covering do Axolotls have?

Axolotls are covered in Permeable skin.

In what type of habitat do Axolotls live?

What is the main prey for Axolotls?

What are some predators of Axolotls?

Predators of Axolotls include birds and fish.

What are some distinguishing features of Axolotls?

How many babies do Axolotls have?

The average number of babies an Axolotl has is 500.

What is an interesting fact about Axolotls?

Axolotls are found only in one complex of lakes!

What is the scientific name for the Axolotl?

The scientific name for the Axolotl is Ambystoma Mexicanum.

What is the lifespan of a Axolotl?

How fast is an Axolotl?

An Axolotl can travel at speeds of up to 10 miles per hour.

How do Axolotls have babies?