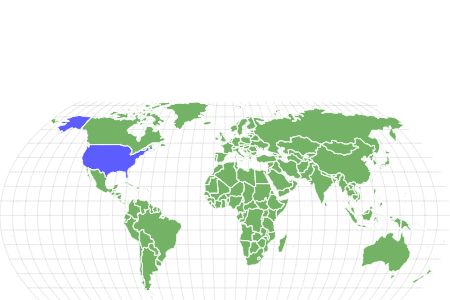 Fun Fact
This dog can perform a wide range of exotic and acrobatic tricks that are not expected of a dog this size.
Temperament
Vibrant, friendly, protective
Diet
Omnivore

Beagle Shepherd as a Pet:

View all of our Beagle Shepherd pictures in the gallery.

View all of the Beagle Shepherd images!

The Beagle Shepherd is another hybrid breed that has emerged from the recent frenzy of designer dog creation. As is typical of such efforts, the originator of the breed is not fully known or acknowledged.

In any event, a Beagle Shepherd can resemble a sort of paper doll-style creature that has a very definite German Shepherd body and a very obvious Beagle head and floppy ears placed on top of it. It is not unattractive by any means but it distinctly shows the evidence of the dog’s crossbreeding.

The Beagle is a hunting hound while the German Shepherd was bred as a guard and herd dog. The crossbreed tends to take some of the protective edge off the Shepherd and replace it with the happy-go-lucky genetics of the Beagle, yet the Beagle’s keen instinct to hunt via scent remains a very dominant trait.

3 Pros And Cons About Beagle Shepherds

Unlike many designer crossbreeds, the Beagle Shepherd has proven to be something of a wild card when it comes to size and weight. Consider that a male Beagle might be 12-15 inches high and 20-30 pounds in weight. An adult German Shepherd male can clock in at anywhere from 24-26 inches in height and 65-90 pounds in weight.

Beagle Shepherds thus have a very wide range of body sizes to choose from. The normal expectation is that they will come in at anywhere from 16-24 inches tall and 22-56 pounds in weight. Females run slightly smaller with about 15-22 inches in height and 22-49 pounds in weight. Even that “average” covers a very broad range and it is possible to find Beagle Shepherds at the low end of the Beagle range or the high end of the German Shepherd range. The overall size is much less dependable with the Beagle Shepherd than is seen in other designer dogs.

While one of the main benefits of a designer crossbreed over a long-established purebred is that it has greater genetic diversity to fight off inherited health problems, the Beagle Shepherd has some definite health concerns. Like most other dogs, these are often geriatric in nature.

Health and Entertainment for your Beagle Shepherd

Like many of the other short, long dogs, this hybrid can be prone to IVDD, or Intervertebral Disc Disease, which is a premature decay of the spine. This degenerative condition can be ameliorated to some degree with surgery but is progressive.

Things such as obesity in the event of overfeeding and under-exercising are not breed-specific, nor are the possibilities of cataracts later in life. The same goes for that most canine of diseases known as hip dysplasia or degeneration of the hip bones. Epilepsy is a factor found in both breeds but this can generally be controlled via medication.

This dog combines many admirable traits which can produce a very desirable mix of characteristics. The German Shepherd’s loyalty and alertness to danger are combined with the Beagle’s temperament of playfulness and high energy.

It also carries some downside risks in the wrong environment. Beagles like to talk and were bred to hunt smaller creatures. This can lead to issues with barking and also represents a danger to other neighborhood or household pets that may not have been properly socialized with their new family member. They are also known as a dog that likes to chew on things, so it is very important to make sure that they always have something proper to chew on or else they will select something else.

How To Take Care Of A Beagle Shepherd

Apart from what one would do for any dog, there are some things that require particular emphasis when caring for this breed. Due to their Beagle ears, they need regular examination and care to guard against ear infections.

Their high-energy personality manifests itself in two ways that simply must be addressed. First off, they require a high degree of exercise. This means plenty of rough-housing as well as regular and strenuous walks that should include at least some amount of actual running.

Secondly, they require near-constant companionship. You cannot leave one of these dogs alone for any appreciable length of time without risking trouble in the form of Separation Anxiety of one sort or another. They may howl. They may chew. They may run around and break things. If you cannot be with your dog, you must have other dogs to keep it in line while you are away.

This breed burns a lot of calories. As a result, it should be fed high-quality dog food in quantities of about 1 ½ cups per meal twice a day. So long as they are properly exercised, occasional treats or table scraps can be added.

Beagle coat genetics seem to predominate. This means that the breed is relatively low maintenance so far as grooming is concerned. The dog will shed, particularly in the spring when it sloughs off its winter coat. A regular program of brushing about 2 or 3 times a week is deemed sufficient to keep things untangled and the blood circulating properly.

One of the best things about a Beagle Shepherd is that it is an easy dog to train in most ordinary things, Yet it is also very intelligent and playful, so it is also possible to instruct it in more elaborate tricks with relative ease.

The one thing to avoid when training one of these dogs is punishment. They do have long memories and have been known to hold a grudge for some time when not properly treated. Patient repetition and a judicious award of treats will bring large rewards in terms of a very entertaining animal.

Beagle Shepherds not only need a lot of exercise but they also need variation in their exercises. If trapped in a continuous rut, they will soon become bored and unresponsive. It is thus necessary to include more than just a casual walk as their daily regime. Running, walking, jumping, playing, and any other variant that may be possible should be included in their normal schedule. A short walk or run is not enough. They require a good mile-and-a-half or two miles of exercise daily in order to keep them in peak condition.

Beagle Shepherd puppies need three things. They must be carefully instructed on what is proper to chew upon and what is not proper to chew upon. It is also best to work with them on when and how much they should bark under various circumstances. The Beagle was bred to hunt and to constantly announce its presence as it hunted. This instinct can get out of hand in an urban or suburban setting if it is not properly channeled at an early age. They must also be very carefully introduced to other house pets so that they recognize them as part of the family from an early age. Otherwise, their hunting instinct may kick in at unwelcome times and focus upon unwanted targets.

This is a very good dog for children due to their indefatigable energy and playfulness. It can, however, grow to a larger size than expected. This can lead to unintentional injuries resulting from a mix of big, happy dogs and small, happy children trying to occupy the same space and time.

What is a Beagle Shepherd?

A Beagle Shepherd is a cross between the two recognized breeds of German Shepherd and Beagle. The dog is generally colored black or brown with red, white, liver, tan, or blue patches. They can be a solid color, two-color, or three-color dogs. So far as size is concerned, the breed can be anywhere from small Beagle size to large German Shepherd size. There are limited guarantees when it comes to the size of the hybrid, even if the parents are known.

How big will a Beagle Shepherd mix get?

A Beagle Shepherd can range anywhere from 20 to 90 pounds with an average size of about 55-60 pounds. They can be a very big, rather small, or medium-sized dog.

Is a Beagle Shepherd a good family dog?

Overall, this is a very fine family dog with the one caveat that they can grow to be very large dogs. Due to their playful nature, there is some risk of incidental injury to smaller children if playtime gets too rough. They are loyal, protective, and alert to any danger confronting their family. There is some evidence that they are not as fanatical in defense as a purebred German Shepherd would be.

With regard to attacking people, the answer is generally no. Beagles do get very persistent when on a game trail. German Shepherds can be stout fighters when their pack or family is at risk. This would generally equate to a strong defense rather than an unprovoked offensive attack on people.

What is the lifespan of a Beagle Shepherd?

These dogs are generally expected to have a lifespan of about 12-14 years.

How much does it cost to own a Beagle Shepherd?

Puppies can be obtained from reputable breeders for anywhere from $500-$1100. While many designer breeds are seldom seen at rescue shelters, anyone looking for a Beagle Shepherd might want to check. There are simply some households where these dogs do not make a suitable companion but would do excellently for someone who is more active or has more space to let them roam.

Maintenance for one of these dogs is likely to run in the $50-60 per month range. They do eat 3 cups of food a day and need plenty of chew toys to wrestle around with.