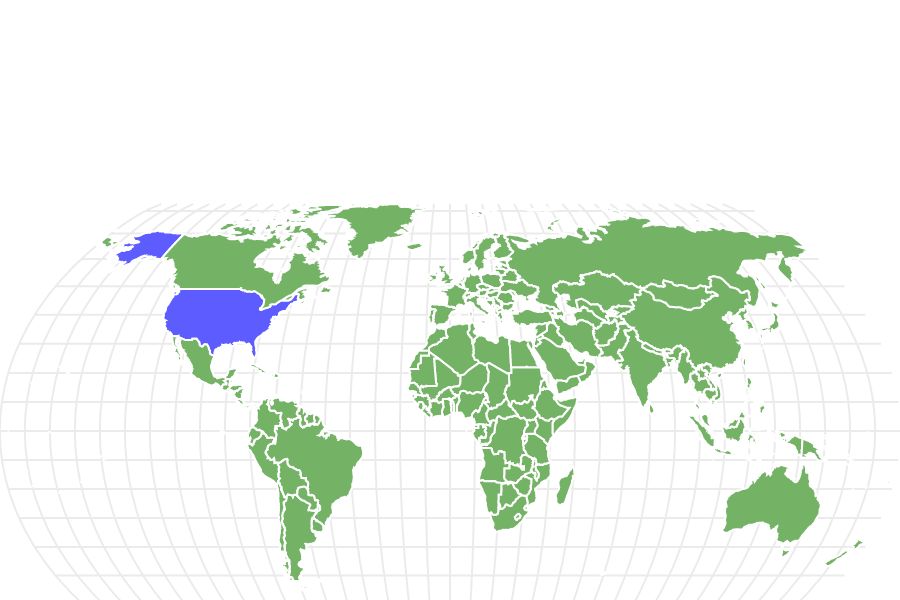 Prey
Mice, frogs, birds, eggs
Fun Fact
They're also called black pilot snakes due to a myth that they "pilot" venomous snakes to a den where they can go into brumation for the winter.
Estimated Population Size
100,000
Most Distinctive Feature
Adults have shiny black scales on its back along with a gray or tan belly in a checkered pattern and white on their chin and neck
Distinctive Feature
Thick powerful bodies
Other Name(s)
Western rat snake and the pilot black snake
Habitat
Farmlands, rocky areas of land, hillsides, and forests
Diet
Carnivore
Common Name
Black Rat Snake

View all of our Black Rat Snake pictures in the gallery.

View all of the Black Rat Snake images!

At eight feet, black rat snakes are one of the longest snakes living in North America.

Black rat snakes are native to the central and eastern portions of the United States including South Carolina, Ohio, Kentucky, and other states. They are carnivores with a diet of mice, frogs, birds’ eggs, and, of course, rats. This reptile spends its wintertime brumation in a den with other types of snakes. A juvenile has a pattern of gray and black scales but gradually becomes all black as it grows into an adult.

Where to Find Black Rat Snakes

These snakes are native to the central-eastern portion of the United States in North America. They are especially plentiful in Ohio and Missouri. Notably, the black rat snake is one of two black snakes in South Carolina that grow to be five feet or longer.

These snakes are especially active in the spring and summer seasons. They begin breeding in April and May. They’re great climbers, so they’re often spotted in trees in pursuit of prey.

Pantherophis obsoletus is the scientific name of the black rat snake. It’s also known as the western rat snake and the pilot black snake. The Latin word Pantherophis translates to “predator of all snakes.’”Generally speaking, this means it’s a snake that hunts a variety of prey. The Latin word obsoletus translates to the phrase “falls into disuse.” This refers to the fact that it loses its juvenile color pattern as it grows into an adult.

Its family is Colubridae, and it belongs to the Reptilia class.

The IUCN Red List of Threatened Species reports the population of adult black rat snakes as at least 100,000. They have a status of Least Concern, and their population is described as stable.

An adult black rat snake has shiny black scales on its back along with a gray or tan belly in a checkered pattern. In addition, adults have white on their chins and necks. Baby and juveniles, on the other hand, have a pattern of black and gray blotches. These gradually turn black as the snake becomes an adult.

The size of this snake can vary, but they range from three and a half to eight feet long. A juvenile measures about one foot long as it emerges from its egg. This snake also has a thick, powerful body.

How to identify a black rat snake:

• Adults are black with a gray or tan checkered belly
• Adults have white under their chin and neck
• Baby or juvenile snakes have a gray and black pattern of scales
• Round, dark pupils

Their behavior is another thing to observe when trying to differentiate these two snakes. Black racers are aggressive and nervous. Alternatively, black rat snakes are docile with a mild temperament.

Black racers bite their prey and swallow it whole. Alternatively, black rat snakes are constrictors squeezing their prey until the animal is dead. Then, the snake starts the process of swallowing it. If you’ll notice, a black racer’s body is not thick or strong enough to constrict its prey.

The black rat snake is not poisonous. It kills its prey by constricting its body like a boa constrictor or a python.

Of course, it can still bite a human if it feels cornered. The first thing to do if you get a bite from a black rat snake is to clean the wound with soap and warm water. Next, put first-aid cream or ointment on it. After that, put a clean bandage over the wound and watch for redness or a rash that can signal infection. If these symptoms appear, it’s best to see a medical professional to treat the infection.

Sometimes these snakes take refuge from the heat in barns or stables on farms. But keep in mind these are shy, non-aggressive snakes and would much rather avoid people.

Interestingly, black rat snakes have a few defenses if they feel threatened by a human, a dog, or another predator. For example, this snake can freeze. This means it crinkles or kinks its body to make itself look like a crooked stick on the ground. Clever snake! This snake may also release an odor to discourage a threat from approaching it. In addition, these snakes are known to shake their tails as a way to warn any threatening predator to move away.

No, these snakes are not poisonous.

How do black rat snakes hunt?

Black rat snakes climb into trees to steal birds’ eggs or baby birds out of nests in order to eat them. Also, these snakes stalk rats, mice and other rodents and amphibians through the tall grass. Once this snake grabs onto its prey, it wraps its strong body around it until the animal stops breathing.

No. Though the tremendous size of this snake is imposing, they are not aggressive.

They are native to the central-eastern part of the United States in North America. This includes South Carolina, Kentucky, Ohio, and Missouri along with other states.

What do black rat snakes eat?

They have a diet of rats, mice, frogs, and birds’ eggs.

They can bite humans but are more likely to freeze or try to get away.

Yes and no. These snakes are able to bite humans, but they are not poisonous.

No. They are shy and don’t want to interact with humans.