Cecropia moths don’t have digestive tracts, so they can’t eat. 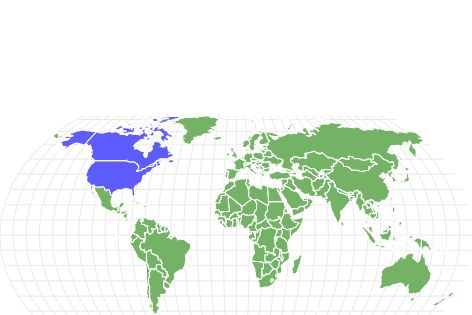 View all of our Cecropia Moth pictures in the gallery.

View all of the Cecropia Moth images!

This amazing, colorful insect, is so big it can cover the palm of a man’s hand. Found east of the Rocky Mountains of North America, it spends most of its existence eating as much as it can and then pupating. When it emerges as a moth, its one job is to reproduce and die. It doesn’t even have a digestive system! On the other hand, its other jobs may be to serve as a meal for a carnivore and/or delight humans with its beauty.

Here are five things to know about this lovely animal:

Appearance: How To Identify the Cecropia moth

The Cecropia moth stands out because it is huge. Females can have a wingspan of five to seven inches. The wings are grayish brown and each one has a kidney-shaped red spot with a white center and red and white postmedial bands. There are patches of red at the base of the forewings. The body of the insect is furry, including the legs, with red and white bands on the abdomen. The abdomen is especially plump on the female. These bright colors are supposed to signal to potential predators that the insect is poisonous, even though it’s not. Even its caterpillar, whose body is full of bristles until its fifth instar, isn’t poisonous.

The lifecycle of the cecropia moth mirrors the lifecycle of other silk moths. Soon after the female emerges from her cocoon she sends out pheromones to attract a male, who is believed to be able to detect them as far as a mile away. He will probably find her, and they’ll begin to mate just before sunrise and not finish until night. After this, they’ll part ways. He’ll probably be on the lookout for another female, and she will look for a good place to lay her eggs.

The eggs are whitish and mottled with red or brown, and the female lays them on both sides of a leaf. The first instar of the caterpillar hatches about two weeks later. The insect’s lifecycle is made of five caterpillar instars, and each instar looks quite different from the other. The first instar is small and black, while the last is a huge, frosty green creature with shiny yellow, blue and orange knobs all over its body. Each instar lasts about a week.

After this last instar, the caterpillar spins a crescent-shaped cocoon on a branch, a twig, or among blades of grass at the bottom of the host tree. Cocoons that are spun in the grass are larger than those found in the trees, for they have more points of contact.

The sexes of the cecropia moth look very much alike, but the male has a more slender abdomen as the abdomen of the female is full of eggs. His antennae are also larger and richly feathered, the better to pick up the pheromones she secretes shortly after she ecloses, or emerges from her cocoon. Interestingly, you can also tell the sex of a moth by looking at the pupa. A female pupa has a slit in the middle of the fourth segment. In the male, there’s a bump on the fifth segment in the shape of a kidney.

Habitat: Where to Find Cecropia Moths

H. cecropia prefers a somewhat wet habitat such as a swamp or wet meadow that lies east of the Rockies. Locations, where the moth is often found, include backyards, orchards, woods, forests, and fencerows.

Diet: What Do Cecropia Moths Eat?

This is easy! Cecropia moths have only vestigial mouthparts and expel what’s left of their digestive tracts when they emerge from their cocoons, so they simply don’t eat. However, their caterpillars spend all summer eating and eating and eating a variety of plants. Some are partial to maple leaves, but they’ll also munch on apple, cherry, lilac, wisteria, willow, elm, larch, birch, sassafras, and many other plants.

They are not at all dangerous. They can neither bite nor sting. Though their caterpillars are huge and hungry, there are not enough of them during one breeding season to be a serious threat to crops.

How many legs does a Cecropia moth have?

The cecropia moth has six legs. This is standard for most insects.

How do you identify a Cecropia moth?

A cecropia moth is a big moth with a wingspan of 5 to 7 inches. It can be mistaken for the tulip tree moth, but the cecropia has a wider range, and the spots on its wings are kidney-shaped. It also has red and white bands on both pairs of wings and eyespots on its upper forewings. Both males and females have feathery antennae, but the male, who is also a bit more slender than the female, has very plumose antennae.

What is a Cecropia moth?

H. cecropia is a type of silkworm moth. That means its caterpillar spins a cocoon made out of silk that protects it while it pupates.

Why is it called a Cecropia moth?

It is named after a mythological king of Athens called Cecrops I. This king was supposed to be half-man on top and half serpent or fishtail on the bottom. Despite his fearsome looks, he introduced civilization to the ancient Athenians.

Cecropia moths are not harmful.

What is the rarest moth in the world?

Biologists aren’t entirely sure what the rarest moth in the world is, but it is not the cecropia moth. Some believe it is a type of garden tiger moth that’s endemic to a small valley in Pennsylvania, while others believe it is the oleander hawk-moth.

Can you touch a Cecropia moth?

You shouldn’t touch a cecropia moth or any other lepidopteran, especially on the wings. Touching it may cause scales to rub off on your fingers. The scales help the moth fly, keep it warm and contribute to its beautiful coloration. To hold it, let the insect climb on your hand if it wants to.

Where can I find Cecropia moths?

Cecropia moths can be tough to find because they fly at night, but they frequent wet locations and can be found in orchards, backyards, and other places where there are host trees.