The Chinook salmon undertakes a long migration for the spawning season 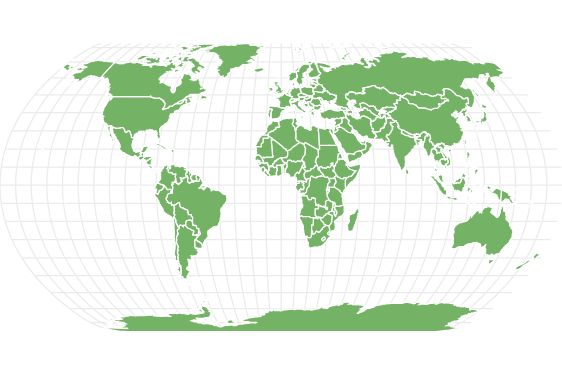 View all of our Chinook Salmon pictures in the gallery.

View all of the Chinook Salmon images!

The Chinook salmon is the largest species of salmon in the Pacific; this is why they’re also called the king salmon.

The Chinook salmon is among the most important fish in its region. It is a linchpin of the local ecosystem. Each year these salmon make an annual migration inland for the spawning season. They are concentrated in such great numbers in the streams that people and other hungry animals gather to catch them. However, because of the popularity of their meat, there is evidence that the stock of Chinook is being depleted in some areas of the world.

The scientific name for the Chinook salmon is Oncorhynchus tshawytscha. The genus name Oncorhynchus is derived from two Greek terms: onkos, meaning lump or bend, and rhunkhos, meaning snout. This refers to the hooked snout that the male will grow in the reproductive season. Tshawytscha is the Russian name for this species in the far eastern part of the country. The Chinook is closely related to the sockeye salmon, rainbow trout, and pink salmon.

For most of their adult lives, the Chinook salmon has a long, tapered body with a blue-green back, a silver sheen on their sides, and a white belly. This is accompanied by black spots on the upper half of the body and the lobes of the tail fin. Another black streak along the gum line gives them the alternate name of blackmouth. In preparation for the spawning season, the Chinook suddenly changes color to an olive-brown, red, or purple-hued body, and the males develop the hook on their upper jaw. The females, by contrast, can be identified by their blunt nose and larger mid-section. The Chinook is among the largest of all salmon. They typically measure about 3 feet long and 30 pounds in weight, but the world record was nearly 5 feet long and weighed almost 130 pounds.

The Chinook salmon is native to the Northern Pacific region, from California to Alaska in the east and Japan and Russia in the west. This species has also been introduced to New Zealand, the Great Lakes region, and Patagonia in South America. They spend a great deal of their time at the bottom of the seafloor, hiding among grass and seaweed. Cool, clean water with plenty of oxygen is usually required for optimal health.

According to the IUCN Red List, the Chinook salmon is a species of least concern. However, numbers can vary dramatically by region. Although many populations appear to be increasing, two populations of Chinook were endangered and seven more were threatened as of 2020. The biggest problems appear to be climate change, overfishing, the loss of habitat from dam construction and urban development, and polluted water from agriculture and logging. These stressed or endangered stocks are subject to intense regulation by the NOAA (National Oceanic and Atmospheric Administration). They are also protected by the Endangered Species Act.

The Chinook salmon are primarily carnivorous in nature. They feed near the bottom of the seafloor, spending years gathering enough strength to return back upstream and spawn.

What eats the Chinook salmon?

The adult Chinook is preyed upon by killer whales, sea lions, and sharks in the wild. Juveniles are also prey for birds and other fish such as mackerel. Their colors provide a degree of camouflage against the seagrass in which they often reside.

What does the Chinook salmon eat?

The spawning season usually takes place each year between September and December. The annual migration upstream is an arduous journey that requires a great deal of strength. Upon reaching their spawning location inland, the Chinook will dig out a gravel nest called a redd at the bottom of the stream. The female will guard her nest for up to 25 days, but the eggs can take three to five months before fully hatching.

The fry will remain in the freshwater for the next 12 to 18 months as they feed and grow before returning to the ocean. The technical term for a species that migrates between saltwater oceans and freshwater rivers or streams is anadromous. The young Chinook will spend several years in the ocean growing as large as they can. They will reach sexual maturity at any point between two and seven years old. After spawning once, the Chinook die almost immediately.

Chinook Salmon in Fishing and Cooking

The Chinook salmon is among the most common commercial fish in the United States. Stocks are carefully regulated and managed to ensure that they are exploited in a sustainable manner. Thanks to the high fat content, Chinook meat is said to have a rich taste. A single serving has around 350 calories and about 20 grams of fat. Chinook is fairly easy to roast, grill, broil, or sautee. They can be served with seasoned butter, pesto, salsa, romesco, vinaigrettes, and other sauces; potatoes, rice, and lemon are also popular choices to serve alongside the salmon meat.

Where do Chinook salmon live?

The Chinook live in shallow water throughout the Northern Pacific.

What do Chinook salmon eat?

Is Chinook salmon the same as king salmon?

Yes, they are both the name for the same species. The Chinook are called the king salmon on account of their massive size. The world record for a Chinook catch was about 126 pounds. This world record was established in 1949 near Petersburg, Alaska.

Yes, the Chinook meat is said to have the best taste among all of the salmon. Although a little high in calories, they have excellent nutritional content.

What is unique about Chinook salmon?

The Chinook are exceptionally large and spend extra time in the ocean compared to other salmon.

How many Chinook salmon are left in the world?

Total population numbers are unknown, but the total size of the harvest is more than a million each year.