The most popular species of feeder roach 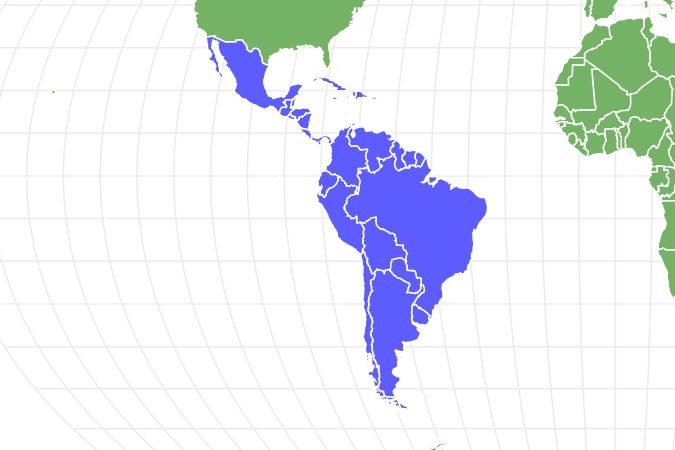 View all of our Dubia Cockroach pictures in the gallery.

View all of the Dubia Cockroach images!

“Dubia roaches are the most popular choice for exotic pet owners looking to feed their lizards, snakes, and toads.”

Among all species of cockroach, dubia roaches may be the easiest to take care of. Unlike the stereotypical pest species, like American, German, and Oriental cockroaches, dubia roaches don’t generally invade homes. Instead, they come to colder climates via the trade in exotic pet food.

Cockroaches may be the quintessential ‘problem’ bug—a roach infestation can be a nightmare for home and business owners. But, roaches haven’t always been a threat to humans. In fact, they’ve been around far longer than we have. The earliest cockroaches (which look pretty similar to the roaches running around today) lived during the early Carboniferous period over 300 million years ago.

Today, there are over 4,500 species of cockroach living on every continent. Thanks to human settlement, cockroaches can even be found on Antarctica. Out of all those roaches, less than 50 species invade our homes and spread dangerous diseases and pathogens.

Let’s take a look at why you shouldn’t be too worried about dubia roaches infesting your home—provided no exotic pet owners release their supply of feeder dubias.

In scientific terms, the dubia roach is known as Blaptica dubia. They’re a tropical species of cockroach originally native to South and Central America. In the wild, they eat mostly leaves and fruit on the forest floor. Dubia cockroaches make their home in tropical and subtropical forests—they need plenty of heat and humidity to thrive. Unlike other roaches, like the smokybrown cockroach, dubias can tolerate a low humidity environment.

Appearance: How to Identify Dubia Cockroaches

Dubia roaches have the same basic form as all cockroaches; they have six legs and two antennae. The body is divided into the head, thorax, and abdomen, with the abdomen being the largest body segment. They may look like many other species of roach, but there are a few key differences that make the dubia cockroach distinct.

First, their antennae are relatively short for a cockroach. Males have slightly longer antennae than females, but, regardless of sex, the antennae of the dubia are less than half the length of the body.

Another important difference between dubias and other species of roach is in the legs. Most cockroaches have structures in their feet called arolium that allow them to climb smooth surfaces, but not dubias. Their inability to climb vertical surfaces is a big part of the reason they’ve become such popular feeder roaches for exotic pet owners.

Perhaps the most striking aspect of the dubia roach’s appearance comes from the spots it sports in its nymph phase. Juvenile dubia roaches are light brown with tan spots running in lines up and down their entire bodies. As adults, only the males have visible spotting, though their markings are often obscured by their wings. Females are very dark brown, with three lines of tan spots running from the front of the abdomen to the back.

In normal circumstances, dubia roach egg cases and eggs are never visible to humans. Dubias are an ovoviviparous species of roach, meaning they develop as eggs contained in egg cases inside the mother. The eggs actually hatch in the female’s womb; she then gives birth to between 20-40 live larvae.

At birth, the larval dubia roaches are translucent white with soft exoskeletons. They’ve just entered their second life stage: nymph—the growing stage. Nymphs molt, or, shed and regrow their exoskeleton, as they grow. They do this until they’ve reached full adult size—up to 1 ¾ inch long. Once they reach full size, they don’t molt anymore.

Adult dubia roaches may live up to two years in captivity. Males have body length wings, though instances of actual flight are rarely seen. Females, on the other hand, have short, vestigial wings that offer no possibility for flight whatsoever.

Habitat: Where to Find Dubia Cockroach

In the wild, dubia roaches inhabit the lush, tropical forests of South and Central America. They’re ground dwellers who only come out at night, so if you’re keen on finding one, bring a flashlight.

If you really want to see a dubia roach, you can just order one from one of the many dubia roach breeders scattered throughout the United States. Dubia roaches can be imported into most states—but be sure to check your own state’s guidelines before purchasing. Certain states regulate the importation of insects due to concerns about introducing new invasive species. Alternatively, pet stores specializing in exotic pets usually have dubia roaches in stock.

Diet: What do Dubia Cockroaches Eat?

Like all cockroaches, dubias are omnivores. They primarily eat rotting fruits, leaves, and plant matter, but won’t say no to other kinds of food. Captive dubias can eat just about anything, though most experts recommend that at least part of their diet comes from fresh fruits and vegetables. The best part about feeding a dubia? They don’t care if the fruit is a little overripe, or if the vegetable is past its time—they still love it.

Other options for feeding your colony of dubia roaches include both dry and wet pet food, like kibble or canned food. When it comes to cockroach nutrition, the most important thing to remember is that they need at least one source of moisture—whether it comes from their food, or from a water dish.

What Eats the Dubia Cockroach?

In the wild, dubia cockroaches avoid many predators with their nocturnal nature. However, creatures like small mammals, amphibians, reptiles, and even other insects still prey on them.

But, the bigger question may be: what pets eat dubia roaches? The answer is: lots. All pet reptiles eat roaches, and because dubias can be purchased in any size, there is no size limitation for reptiles. Even the smallest gecko can snack on a dubia nymph.

Dubia roaches look very similar to discoid roaches. These cockroaches are native to Central America; they’re known as false death’s head roaches. Like dubia roaches, they have a flattened egg shape and short antennae. However, the discoid cockroach has a very distinct black spot resembling a skull on the back of its head. Dubia roaches don’t have this marking.

How to Breed Dubia Roaches

If you have an exotic pet or two to feed, and you’re tired of purchasing dubia roaches, then you may want to try breeding your own. The most important requirements in roach care are the temperature and humidity of the roach enclosure. Dubia cockroaches are a good species to start with, as they can’t climb tank walls or fly to escape. Once you have the enclosure set up, provide some basic substrate and a water source. Then, feed your roaches at regular intervals. If you’ve done everything correctly, you should have baby dubias in no time.