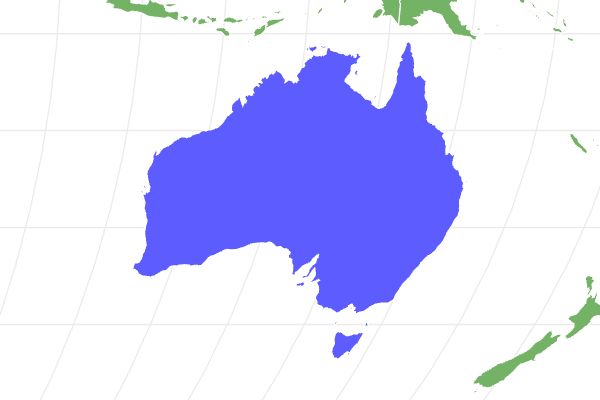 View all of our Eastern Brown Snake pictures in the gallery.

View all of the Eastern Brown Snake images!

The Eastern Brown Snake is a slender, venomous snake native to Australia.

It can strike with tremendous speed and deliver a potent dose of venom. Although it’s a fairly common snake, encounters with humans are fortunately rare.

• Its venom is classed as the most toxic of any snake in the world.
• It can reach a top speed of 12 mph.
• It’s one of the most skilled hunters in the snake family.

Where to Find Eastern Brown Snakes

Eastern Brown Snakes live in the arid regions of Australia, including Queensland, New South Wales, South Australia, and Victoria. They can survive at high altitudes and are often drawn to farms.

Its scientific name is Pseudonaja textilis. The snake was named in 1854 by a group of French naturalists. They said the snake’s finely meshed scale patterns reminded them of fine mesh stockings. They gave the snake the name Furine textilis, meaning cloth or textile.

A typical Australian name for the snake is the common brown snake.

The snake is classed as a monotypic snake, which means there are no subspecies. Identification can be confusing because some related snake species look similar to eastern brown snakes. They include:

The snake is classed as Least Concern for conservation status by the IUCN Redlist. All snakes, however, are protected under Australian law.

How To Identify Eastern Brown Snake: Appearance and Description

The Eastern Brown Snake is a slender, smooth-scaled snake that can grow up to 7 feet long. It is typically a light brown color with a pale yellow belly. It doesn’t have a pattern or spots, but it may have orange or gray patches on its underside.

The snake’s fangs are small compared to those of other Australian snakes. This fact is a good form of identification when comparing these snakes to other long, brown-colored snakes.

Eastern brown snakes are highly venomous. They are classed as the most venomous snake in Australia. That’s saying something considering that Australia’s spiders, snakes, and other critters regularly make the top 10 “most dangerous animals” lists.

The venom is a neurotoxin that can cause intense pain, hemorrhaging, paralysis, respiratory failure, and cardiac arrest.

However, deadliness is not just measured by toxicity level. Another important number is the number of deaths by snakebites. While it may have many deadly animals, Australia has few deaths from these animals, especially compared to other countries. Despite their toxicity, these snakes rarely interact with humans, so bites are extremely rare.

These snakes use defensive displays when they run into predators. If frightened, the snake may raise the front of its body off the ground and flatten its neck. It may also rise vertically off the ground, coil its neck, and open its mouth. This is a defensive display and a warning, but it is often misinterpreted as an aggressive preparation for an attack. In reality, you still have time to move away from the snake and let it escape.

A study of snake encounters in Australian farms found that, even after defensive displays, snakes mostly ran away or hid when they saw humans.

Eastern brown snakes, like most snakes, avoid human interaction as much as possible. They don’t bite enough people to be considered a major threat. According to wildlife experts, there are around 3,000 snake bites yearly in Australia. Of these, only 450 of the snakes injected with their bites. The rest perform so-called “dry bites,” which are painful but don’t include venom.

There are an estimated two to four deaths by snakebite in Australia every year. By comparison, there are thousands of death by snakebite every year in Asia and Africa.

Eastern brown snakes, like all venomous snakes, should be respected, but they are not considered a major danger to humans. Since identification of snake species can be tricky, it is smart to leave all snakes alone.

The eastern brown snake is among the many Australian animals that require caution. Like all venomous snakes, it is shy but able to defend itself aggressively when necessary. Enjoy this fascinating snake from a careful, respectful distance.

Yes, they are highly venomous. Their venom may be the most potent of any snake in the world.

They hunt by sight. Eastern brown snakes have excellent eyesight, and they raise their heads to survey the surrounding area. They also use their enormous speed to their advantage.

They have an organ called the Jacobsen’s organ that allows them to taste the air. By flicking their tongues in and out, they learn what prey is nearby.

Although they prefer to avoid humans, they will react very aggressively if they are threatened or provoked. They strike quickly, and they won’t hesitate to bite. Nobody should try to handle a venomous snake.

What is a baby eastern brown snake called?

A baby snake may be known as a juvenile or snakelet.

These snakes mate in the spring seasons of the southern hemisphere, which usually means October and November. The female lays the eggs in a sheltered burrow. After about 90 days, the baby snakes hatch.

They are Australian natives who live in the country’s arid regions. They prefer dry forests, including eucalyptus forests and arid scrublands. They are also found in coastal ranges, woodlands, grasslands, and farmed areas. These snakes may live close to human habitation, which is where they find their preferred diet of mice and other rodents.

Can you survive an eastern brown snake bite?

You can survive a snake bite if you get immediate medical care. Remember, most snake bites from these snakes are dry bites that have no venom. Antivenom for this snake’s venom has been available since 1965, and most Australian hospitals have it in stock.

If you or someone you know suffers a bite, follow these steps:

• Apply a pressure bandage to the bite site.
• Get the victim to a hospital or medical center as soon as possible.
• The medical center will administer antivenom and perhaps an anti-tetanus treatment.
• The victim should be medically monitored for 24 hours.

What do you do if you see one?

If you see one in the wild, the best response is to leave it alone. Slowly back away from the snake until you see it move away. Do not attempt to chase it or catch it.

Where do you find the eastern brown snake?

You can find it in certain parts of the Australian countryside. You can also visit this snake at Australia Zoo in Queensland.

Can you own an eastern brown snake as a pet?

No, you can’t. It is illegal to keep a venomous snake as a pet. It would also be extremely dangerous to try to handle one.