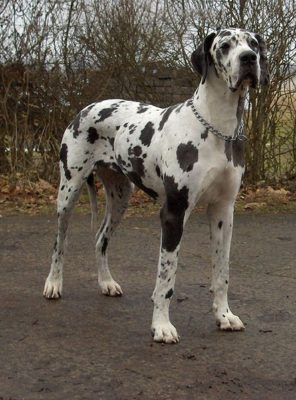 The Great Danes large and imposing appearance belies its friendly nature, the breed is often referred to as a gentle giant. Great Danes are generally well-disposed toward other dogs, other non-canine pets, wild animals, and humans (including strangers and children).

Some Great Danes, as with dogs of any breed, may have dominance issues, may be aggressive with other dogs of the same sex, or chase small animals, however, this is quite rare.View all 41 animals that start with G