Hawaiian name is "Ilio-holo-i-ka-uaua," meaning "the dog which runs in rough waters. 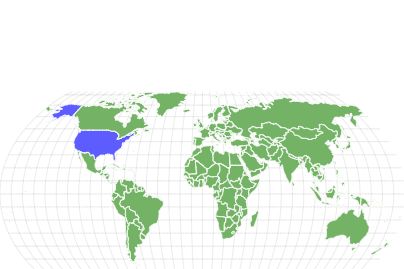 View all of our Hawaiian Monk Seal pictures in the gallery.

View all of the Hawaiian Monk Seal images!

“Hawaiian monk seals can stay underwater for up to 20 minutes at a time.”

The Hawaiian monk seal, called Ilioholoikauaua by island natives, lives mostly around the Northwestern Hawaiian Islands. It is the official state mammal of Hawaii and only one of two mammals native to this U.S. state. Like other seals, they are meat eaters that hunt in ocean waters. They sleep on beaches where they also enjoy basking in the sun. As of 2016, there are only about 1400 of these native seals remaining.

The Hawaiian monk seal’s scientific name is Neomonachus schauinslandi. The scientific name comes from a German scientist named Hugo Schauinsland who first found a skull from the species on Laysan Island in 1899. It is commonly called a monk seal because of its short-haired neck folds that look much like a monk’s robe. Other names for this seal include those of the Hawaiian language including Ilioholokauaua (dog running in rough seas), na mea hulu (the furry one), and iliokai (seadog).

Hawaiian monk seal pups are born with a black fur coat called lanugo. This soft coat sheds as they grow. In adulthood, the seals feature dark grey backs with white abdomens. But this coat can change according to the environment such as taking on green color from seawater or browns from time spent sunning in the sand.

Like other seals, their bodies are long and sleek for fast swimming. Pups are born weighing between 25 and 35 pounds. Adults measure up to eight feet in length and weigh as much as 600 pounds, bigger in length and weight than a fully stocked refrigerator! Females weigh more than males with a range of 400 to 600 pounds. Their weight increases by about 100 to 200 pounds when pregnant and nursing. Males typically weigh between 300 and 500 pounds.

Hawaiian monk seals prefer a solitary life, particularly in the ocean. But this is one of the lesser-known facts about them as they tend to crowd beaches in the hundreds for sleeping, pup rearing, and basking in the sun. This crowding makes them appear more like pack animals. They typically get along with their neighboring monk seals but males, in particular, can get quite aggressive. The packs on beaches are called a colony or rookery.

Hawaiian monk seals are native to the 10 Northwestern Hawaiian Islands, also called the Leeward Islands, and surrounding ocean waters. However, about 300 of the remaining 1400 mammals have migrated to the main islands where rescue organizations are located. They cannot migrate elsewhere and are the only seal exclusive to the U.S. because they are not capable of swimming the distance required to reach other bodies of land.

The seals live most of their life swimming and hunting in the seas. But they retreat to sandy beaches and rocky shores to sleep, give birth, and raise their pups until weaning. The climate of these islands stays warm and sunny year-round. Trade winds provide natural cooling for seals warming their bodies in the hot sun of summer. The islands are not populated and prove costly for tourists to visit. As a result, the monk seals enjoy being the dominant species on these outlying islands for most of the year.

Because of the difficulties inherent in traveling to the islands where they live, Hawaiian monk seals remain somewhat mysterious to scientists. However, it is known that they face multiple big threats to their continued survival. These threats include habitat loss, diseases, human activity, and a high pup death rate.

Rising sea levels related to climate change and coastal development are the main causes of the seals’ habitat loss. Because these large marine mammals require land space to breed, rest, and raise their pups, the beaches and other land areas are critical for their survival. In fact, Hawaiian monk seals spend one-third of their lives on land.

Toxoplasmosis, leptospirosis, and morbilliviruses are the three most common disease threats Hawaiian monk seals face. Commercial fishing is a major threat to seals because they often get caught in nets and on hooks.

Scientists also believe male Hawaiian monk seals are growing increasingly aggressive. The males attack females and kill many during mating season. Pups can also die from this type of aggression. But more young die from habitat loss, starvation, and disease.

Hawaiian monk seals have been named endangered species since 1976 and cannot legally be hunted. Hunting was the primary cause of their dwindling numbers through the late 1800s. But the population continued to decline for this reason and others, especially after the 1950s. Besides being listed on the IUCN Red List as endangered and still declining, scientists are hopeful that current protections under the Marine Mammal Protection Act will help the population rebound in the next 50 to 55 years.

In the seas, their primary predators are sharks, especially the tiger shark. Hunting by humans was popular for more than 1500 years. But the mammals have been protected by the federal government since 1976. In recent years, however, multiple Hawaiian monk seals have been killed by unknown individuals and without reason, typically with firearms.

What do Hawaiian monk seals eat?

Hawaiian monk seal diets consist solely of meat from the ocean. They are large mammals and require a lot of sustenance from octopus, lobster, bony fish, crab, eel, and squid. Females must gain 100 to 200 pounds in the mating season and when pregnant because they remain on land and do not eat again for six weeks after the pup’s birth when weaning typically occurs.

Female sexual maturity for the Hawaiian monk seal occurs at about age five or six. These seals living in the main Hawaiian Islands typically reproduce the first time at that same age. However, some have been noted to have their first pup there at four years of age. In their native habitat of the Northwestern Hawaiian Islands, they do not usually start having pups until to seven to ten years old.

Most pregnant monk seals give birth in the ninth month of gestation. But this time also varies with some carrying their pups until the 11th month. The most active birthing season occurs from late March through early April but new arrivals can take place throughout the year.

Pups are born on land, typically sandy beaches surrounded by shallow waters. The mother nurses her young for up to six weeks, during which time she does not leave to feed herself. Upon weaning, the pup is left to fend for itself, learn to swim and support its own diet. At that time, the mother goes back into the ocean to feed herself for the first time since birthing.

Orphaned or abandoned pups are often fostered by other female Hawaiian monk seals despite the marine mammal’s primarily solitary lifestyles.

Hawaiian monk seals can live 25 to 30 years with few recorded as living longer.

The current Hawaiian monk seal population is about 1400, according to a 2016 census. About 300 of these seals live on the main Hawaiian Islands and the remaining 1100 live in their native Northwestern Hawaiian Islands, also called the Leeward Islands.

Is the Hawaiian Monk Seal Extinct?

According to the IUCN Red List, this population is still declining despite being listed as an endangered species since 1976. The Hawaiian monk seal is one of two remaining species of monk seals worldwide. The Mediterranean monk seal is also endangered with only about 700 seals remaining as of a 2015 census. Another related monk seal, the Caribbean monk seal, is believed extinct as of 2008.

Hawaiian monk seals are carnivores. They survive on a diet of octopus, bony fish, crab, lobster, eel and squid.

Hawaiian monk seals are not aggressive toward humans unless they feel threatened. But these endangered species are highly protected and it is a felony to touch or harass these seals. People must stay 50 feet away from the marine mammals and 150 feet away from mother monk seals with their pups.

Why is the Hawaiian monk seal special?

Hawaiian monk seals are special and unique among other seals, in that they live in a tropical climate. Most other types of seals live in frigid waters. They also do not have outer ears and cannot flip their hind flippers beneath their bodies. These are adaptations for living two-thirds of their lives in the ocean and the other third on sandy beaches.

What does the Hawaiian Monk Seal eat?

The Hawaiian monk seal’s diet includes mostly bony fish, octopus, squid, lobster and crab. They also enjoy eels and common fish, as well as a wide variety of other oceanic meats. These seals are carnivores.

Where does the Hawaiian Monk Seal live?

The Hawaiian monk seal is native to the Northwestern Hawaiian Islands, also called the Leeward Islands. They live nowhere else in the world, except for a small population of about 300 now living in the main Hawaiian Islands. The strange adaptations of these seals to the main islands take them to beaches crowded with humans and boating activity. This creates a complex situation for federal guardians trying to protect the endangered species. Because of this migration to very public areas, there are laws dictating that humans must remain at least 50 feet away from the animals at all times.

What are some adaptations of the Hawaiian monk seal?

Besides absence of external ears, other adaptations of the Hawaiian monk seal include their streamlined bodies designed for swift swimming and diving to great depths in the ocean. They have front flippers and a flipper-like backend that also help them glide through open waters. Despite living in a tropical climate, the seals have a thick layer of blubber on their bodies for buoyancy and heat.