Once raised to hunt dangerous game like boar, today's kishu ken are more likely to be used as guard dogs. 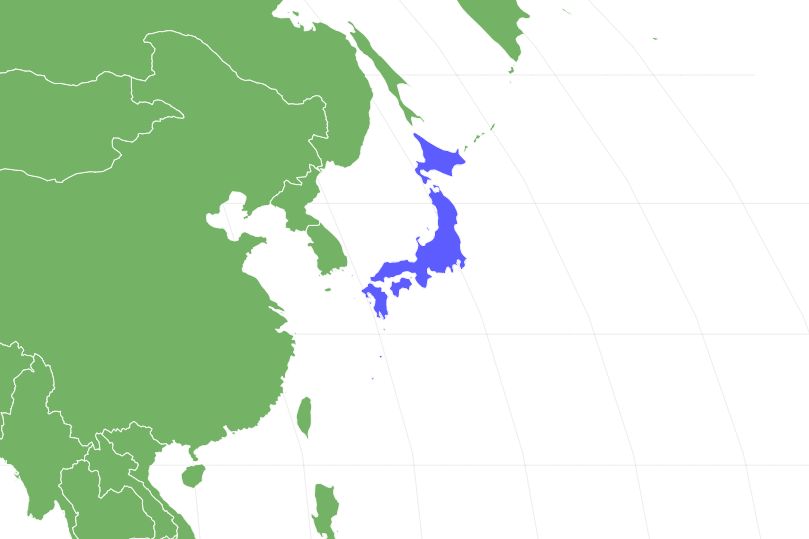 Kishu as a Pet:

View all of our Kishu pictures in the gallery.

View all of the Kishu images!

You’d be hard-pressed to find a dog breed more loyal than the Kishu — also known as the Kishu Ken. This Japanese breed has a history that dates back thousands of years and a lineage that ties it to other Japanese breeds like the Akita Inu, Ainu, and Shiba Inu. Like these other breeds, they’re descended from a combination of wolves and hunting dogs — and they’re always highly alert about their surroundings despite being known for their calm demeanor and their affectionate personality.

These dogs won’t warm up to just anyone, instead of tending to bond closely to an individual or a small family unit. As could be expected from a dog bred from hunting dogs and wolves, this is an active breed that can especially benefit from caregivers who like to get outside and exercise regularly.

3 pros and cons of owning a Kishu

This is a medium-sized dog with short hair and an athletic build. They fill out their length well and are relatively stocky for their size. The average member of the breed will weigh 30 to 60 pounds when fully grown. Males tend to be significantly bigger than females. A male Kishu can be expected to reach a height of 19 to 22 inches at the shoulder, while females fall in an average of 17 to 19 inches.

Generations of breeding can lead to some serious recurring genetic issues in certain dog breeds. Fortunately, these dogs sport a pretty clean record in terms of genetic history. That’s because while this species has been around for a long time, breeders haven’t overly contaminated the breeding pool. Still, there are a few rare problems you should keep an eye out for.

Hip dysplasia — a deformation that causes the hip to not completely attach at the joint — is a relatively common issue, and it may necessitate infrequent x-rays for the sake of your dog’s health. Like some other Japanese breeds, Kishu Ken are also prone to having thyroid issues. Fortunately, this can be remedied pretty easily with a daily supplement. Finally, these dogs are sometimes prone to a condition called entropion which causes their eyelids to turn inside out and scratch their corneas. Surgery is often the only option with entropion.

Fortunately, you can reduce the risk of all of these issues by making sure you work with a reputable dealer. To wrap up, here are the most important health issues to look out for:

Health and Entertainment for your Kishu

Kishu Ken have a reputation for being highly intelligent, clean to the point of meticulous, and generally stoic. Don’t take that to mean that this breed is boring. While they may be slow to warm up to people, these dogs build especially loyal relationships with their owners that will last their whole lifespan. These dogs are more reserved in their sense of affection, but they need a pack and can grow territorial about the close people in their life. These dogs require a decent amount of activity but can otherwise adapt readily to whatever lifestyle your family leads.

That loyalty and intelligence are sometimes at odds with one another. These dogs are smart enough to be strong-willed — and while they can pick up the fundamentals of housebreaking quickly, they can be more stubbornly resistant to more complicated forms of obedience training. Without the proper discipline, they may be the ones who begin setting the rules and boundaries for the house. The same is true of houses with other animals. Territoriality towards their caretakers means that they can be prickly towards other creatures, but firm training early on can help everyone to integrate as a pack.

How To Take Care of Kishu

These dogs require little in the way of specialized maintenance and can largely be treated to the same routine you’d employ with any breed of dog. But there are a few important factors pet owners should pay attention to, and that’s especially true if you’re raising a young Kishu puppy.

As with any breed of dog, make sure that you’re providing your dog with a diet that’s appropriate for their age. These are highly active dogs, and that means that it’s especially important to seek out formulas that are heavy in nutrients and vitamins. A full-grown Kishu Ken will eat about 2.5 cups of dog food a day to maintain a healthy weight. A rare number of Kishus will need to supplement their regular diet with a supplement for regulating their thyroid.

The amount of grooming a Kishu needs depends significantly on the time of the year. That’s because of the double coat that this breed grows. The outer layer sheds in the fall and the spring, and that may necessitate daily combing and brushing if you want to avoid your entire house being carpeted in fur. Fortunately, you can cut back your grooming to once a week when the dog is not actively shedding. Baths can be reserved for two or three times a year. Because of their rapidly growing claws, these dogs may require more regular nail clipping than the average canine. Diligent pet owners will check their Kishus ears once a week for infections or waxy buildup.

Kishu are very bright dogs with an inherent desire to please their caregivers, and that means that they’ll excel well at learning fundamentals like house training. But more general and advanced obedience training may be more difficult. A Kishu is smart enough to solve most common problems on its own and stubborn enough to get set in its habits quickly. It also feels the need to be dominant in social situations, and you can quickly find yourself in a situation where the dog has effectively trained you to suit their whims.

That makes it crucial to be consistent and firm with your training. It also means you need to start as early as possible. Having an established trust with your Kishu will make the process of training much smoother, and making sure that the training happens on a daily schedule is of the utmost importance.

These dogs can be easily distracted from their training, and it can help to find a motivation that will keep them focused — whether that takes the form of a favored treat or a particularly attractive toy. Once a Kishu ken has bonded with its trainer and found a way to focus, they tend to pass obedience with flying colors.

Breeders raised this breed to stalk and quietly incapacitate animals much larger than themselves — and while most of today’s pet Kishu isn’t hunting wild boar, they do need a good amount of activity. But this is a situation where quality is more important than quantity. Expect to be active with your dog for a half-hour a day or a mile walked daily, but be sure to keep the activity varied. These dogs have a curious temperament that colors their mood, and their agile minds require as much of a workout as their bodies. Mix up walking and hiking with various forms of play and a diverse rotation of toys.

Puppies of this breed don’t require much in the way of special care, but this breed can benefit significantly from beginning training and socialization early. Introducing a Kishu puppy to your family as soon as possible allows it to create bonds early and develop trust that will help with obedience training. Socializing your puppy with other animals is also crucial because these dogs pair a need to dominate with a particularly strong prey instinct. Kishu Ken will instinctively chase cats and even small dog breeds like chihuahuas and dachshunds — but early socialization can curtail these behavioral issues significantly.

A Kishu Ken is capable of bonding with young children just as firmly as it bonds with the rest of the family, but properly acclimating a member of the breed to interact with a young kid can require some patience and proper socialization. Their active personalities mean it’s easier for a kid and a Kishu to bond overplay, but these dogs can also be aloof and have the occasional tendency to react poorly to sudden movements or unwanted attention.

As a member of the spitz family, these dogs have a lot of close relatives. But they share close relations to several other native Japanese breeds — namely the Akita, Ainu, and Shiba Inu.

Popular names for Kishu Ken include:

Both of these breeds are Japanese dogs used for hunting and descended from native wolves. They’re also both known for their active lifestyles and their loyal affection to their owners. They’re also stoic and disinclined to trust strangers. They can be mostly distinguished by their coats. Kishu are all white, while Shiba Inu are a combination of tan and white.

How much does a kishu cost to own?

The price can vary depending on the age of the dog, although you’ll generally want to adopt one as a puppy to help them bond with you and your family as soon as possible. Unfortunately, this breed is relatively rare outside of Japan, and that affects the price. Reputable breeders will charge you $1,200 to $1,500, but that price doesn’t take into account the roughly $1,000 a year you can expect to spend on food, vet bills, and other costs throughout your dog’s lifespan.

Are kishu ken good with kids?

Kishus can be good with kids, but they need to be properly socialized first. Introducing them early on and developing good habits — preferably as puppies — is crucial.

How long does a kishu ken live?

The average lifespan for this breed is 10 to 13 years.

These dogs are white and highly resemble the wolves they’re descended from. They’re medium-sized dogs with compact but athletic bodies.

How big do kishu dogs get?

The Kishu is a medium-sized dog that weighs between 30 and 60 pounds. They typically stand 11 to 13 inches in height.

Where can I get a Kishu Ken dog?

These dogs are rare outside of Japan, but you can find them if you search for reputable breeders in your area.