The Japanese Spitz is sometimes referred to as a cloud dog. 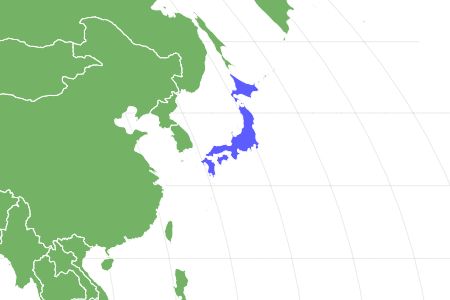 Japanese Spitz as a Pet:

View all of our Japanese Spitz pictures in the gallery.

View all of the Japanese Spitz images!

The Japanese Spitz is a playful, spirited breed, clothed in luxurious all-white fur. Although records of its origin were destroyed in World War II, these dogs were first bred in early 20th century Japan, a cross between several other spitz-like dogs. The spitz is generally defined by a set of physical characteristics and relationships rather than particular grouping (like herding, toy, or working group).

The Japanese Spitz has many physical hallmarks of common spitzs: a luxurious double coat of white fur, triangle-shaped ears, a curled tail, a pointed snout, and an athletic or muscular body. This breed bears a very strong resemblance to the Samoyed, the American Eskimo Dog, and the white Pomeranian. While still fairly new to the United States, they have been welcomed as great family companions.

3 pros and cons of owning a Japanese Spitz

The Japanese Spitz are fairly small dogs in terms of both height and weight, though not quite as small as their close relative, the Pomeranian. Ideal size and breed standards vary between different locations, but most dogs tend to fall within a certain range.

The Japanese Spitz is overall a healthy breed, living a lengthy 12 to 14 years. However, this breed does suffer from a few serious health conditions. One of the most common problems to look out for is a developmental disorder called patellar luxation in which the kneecap becomes dislocated from its normal position. Over its lifetime, a dog with patellar luxation may suffer from lameness, stiffness, and even rupturing or tearing of the surrounding ligaments. Other common health problems include runny eyes, arthritis, and cancer.

Good breeders always take their puppies to the veterinarian for a thorough medical examination before allowing them to go to their various homes. Make sure to get these medical records upon getting a puppy from a breeder. In summation, these are the most common health problems:

Health and Entertainment for your Japanese Spitz

Charming, playful, affectionate, and loyal: the Japanese Spitz has a very strong and distinctive personality. With a great love for fun and adventure, they will accompany their owner almost everywhere. Thanks to their big bark and alert temperament, they also make for surprisingly good watchdogs.

Owners should be aware, however, that this breed can experience separation anxiety if left alone for too long. Signs of separation anxiety present as destructive behavior and excessive barking. It’s a good idea to have someone keep an eye on the dog at regular intervals throughout the day to ease their anxiety.

How to Take Care of the Japanese Spitz

The Japanese Spitz is a good choice for owners of all experience levels. This breed is a lot of fun to interact with, but there are a few important things to remember. First, you will need to devote a lot of time and money to grooming, exercise, and social needs. Second, it’s a good idea to have plenty of space around the home in which your dog can roam. While this breed can adapt to apartment living, it will still need to receive enough playtime and exercise throughout the day, preferably in the form of walks and visits to nearby parks.

The Best Dog Food for the Japanese Spitz

The Japanese Spitz requires a well-balanced, high-quality diet specially designed for its particular size and activity level. Obesity isn’t a huge concern with this breed, nevertheless, owners should be careful with the amount of calories consumed throughout the day.

Many brands of dog food make specific diets for small breed dogs as well as if your pet has any dietary restrictions. In order to determine how much food to feed your Japanese Spitz, you should consult your veterinarian or it may be listed on the food bag.

Japanese Spitz owners want their fluffy friends to stay active and energetic for as many years as possible without arthritis or joint problems slowing them down.

This is a special prescription diet fortified with calcium, chondroitin sulfate, and glucosamine to help keep patellar luxation and arthritis at bay. It’s also rich in antioxidants, which can reduce cancer risk.

Click this link to purchase Hill’s Prescription Diet for Joint Care on amazon. 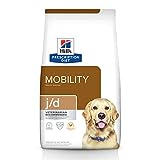 During most of the year, the Japanese Spitz doesn’t demand quite as much grooming as its long coat would suggest; weekly brushing and the occasional baths about once a season should suffice. When the shedding season arrives about twice per year, however, your dog will need to be brushed daily as they are blowing their coat. The hair will inevitably get on your clothes and furniture, so these are a higher maintenance dog. Fortunately, most of the dirt and mud accumulated throughout the day should brush out of fur with ease.

It is not recommended to bathe your dog too frequently because it may cause irritation to the skin and disrupt natural oils. Other important aspects of its maintenance and care include frequent nail trimming, ear cleaning with a cotton swab, and tooth brushing with an appropriate kind of vet-approved paste.

The Japanese Spitz is known for being relatively easy to train. With very little stubbornness, this dog combines natural intelligence with an eagerness to please its owner, naturally see them as the alpha. As a result, treats and positive words should be sufficient to motivate your dog. If you do need some extra help, don’t be shy about signing up for a professional training program.

The Japanese Spitz will probably need around 30 to 60 minutes of exercise per day. Since they like to run around and play games, it’s a good idea to have some kind of wide-open space near your home. After exercise or playtime is finished, they should be content to settle down and enjoy the rest of the day with you.

The Japanese Spitz will need to begin some early socialization and basic training by the eight to 12-week mark. While these dogs are naturally affable and friendly, training is still necessary, because it deters bad behavior in your puppy and instills discipline. Housetraining shouldn’t be too much of an issue with this breed, but it might help to crate train just in case, as dogs do not generally like to soil the place where they sleep. Once you’ve established a good bond with your dog, you should start to teach it more advanced commands, usually starting at around four to six months.

If you plan to spay or neuter your dog, do so before the first year of age. Unless you plan on breeding your dog, spaying and neutering are generally recommended because they will improve the dog’s health and behavior while preventing specific health conditions that occur later in life in unaltered dogs.

The Japanese Spitz and Children

The Japanese Spitz is a great choice for families with children. Their small, approachable size, affectionate temperament, and desire for constant companionship makes them great friends to people of all ages.

Dogs Similar to the Japanese Spitz

The Japanese Spitz bears a striking resemblance, both physically and temperamentally, to several other spitz-type cloud dogs such as:

The Japanese Spitz is still a bit of a novel breed in the United States. Its popularity is eclipsed by other spitz-type dogs such as the American Eskimo, Siberian Husky, and Shiba Inu. Perhaps one reason for its limited popularity is the lack of recognition. The Japanese Spitz is not currently registered with the American Kennel Club, but it is enrolled in the AKC’s Foundation Stock Service Program, allowing breeders to produce purebred dogs under the auspices of the AKC guidelines until they can apply for registration. Japanese spitzs have many advocates who champion their good qualities and advance their popularity in the US.

Popular Names for the Japanese Spitz

If you’re still struggling to come up with a good dog name, then you might want to consider the following options:

Is the Japanese Spitz aggressive?

The Japanese Spitz is not known to be a naturally aggressive breed (their barking is more of a warning call than an actual sign of aggression), but that doesn’t mean you should neglect their socialization and training. Properly trained dogs should be less inclined toward developing any anti-social behaviors as adults.

How much does a Japanese Spitz cost?

The price of a newborn Japanese Spitz puppy is normally somewhere between $1,000 and $2,500, which is generally more expensive than most other breeds. If the price is a concern, then you might want to consider adoption. It’s possible to find a very well-trained and behaved dog in need of a loving home at a rescue or adoption shelter for a reasonable price of no more than a few hundred dollars.

Do Japanese Spitz shed a lot?

The Japanese Spitz has two distinct shedding seasons, when it takes about two to three weeks for the dog to fully replace its entire undercoat. The shedding process can be quite messy, because the fur can get almost everywhere around the home. These dogs are not considered to be hypoallergenic, so people with allergies should be wary.

Yes, the Japanese Spitz is considered to be an excellent family dog with a long lifespan. They are extremely affectionate, gentle, playful, and loyal toward all members of the family. They also strike a great balance in terms of size, temperament, and energy level; they won’t be too overwhelming for your children to handle.

Yes, they have a surprisingly loud bark for a dog of their size. They like to make noise when a stranger approaches the home. While some of this behavior can be improved with proper socialization and training, the barking aappears to be a part of their natural instinct. You should be prepared for at least some noise.

What are the key differences between the Japanese Spitz and Samoyed?

The key differences between the Japanese Spitz and Samoyed are appearance, lifespan, temperament, trainability, energy level, and barking level.