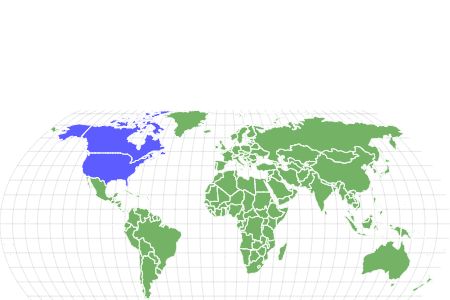 View all of our Mudpuppy pictures in the gallery.

View all of the Mudpuppy images!

The mudpuppy is a type of salamander, which is a type of amphibian. What is interesting about this unassuming animal, also called the waterdog, is that it stays in its larval, or immature stage all of its long life.

The hatchlings of amphibians commonly spend their larval stage in water, breathing through gills. Eventually, they shed their gills and leave the water to live on land, though most need to stay close to a body of water to reproduce. The mudpuppy never sheds its gills and spends its life in water. Some scientists believe this characteristic, called neoteny, developed because somewhere in its evolution the thyroid hormones and receptors of the mudpuppy and other neotenic salamanders stopped working together the way they should. This left the animal in a state of perpetual youth.

Besides having a weird thyroid system, the mudpuppy, unlike most salamanders, doesn’t have a parathyroid gland to help regulate calcium. Scientists don’t quite know the reason for this either.

Mudpuppies, which are called waterdogs in the southern United States, are usually between 8 and 13 inches long, though at least one individual grew to over 17 inches long. Their bodies are gray or shades of brown and spotted, which gives them their scientific name. Darker mudpuppies live in clear water, while lighter mudpuppies tend to live in turbid water.

The animal can have a few spots or spots that are so numerous and close together that they merge into stripes. They have pale bellies, and sometimes their bellies are spotted. This is especially true in the N.m. maculosus subspecies. The Louisiana waterdog, N.m. louisianensis is paler on top and has a stripe down its back, and its belly is spotless.

Hatchlings are black and striped with yellow. As with most amphibians, their skin lacks scales and is slimy. The mudpuppy seems the only kind of salamander that vocalizes, though the sound is more a squeak than a bark.

Mudpuppy heads are flat and tails are compressed, which helps them to swim. They have fluffy red gills and four legs with four toes. The sexes are similar until they’re flipped over. The cloaca of the male has two backward-facing papillae, and it swells up during the breeding season. The cloaca of the female is a slit.

Both the mudpuppy and the axolotl are neotenic salamanders, though they’re not closely related to each other. Axolotls are found in Mexico and get their name from the Nahuatl language. They are about the same size as mudpuppies, growing to between 6 and 18 inches in length.

Unlike the common waterdog, the axolotl is considered critically endangered because of pollution and predation by invasive fish such as tilapia. They also differ from the mudpuppy in that their limbs are not well developed and their teeth are vestigial. Axolotls seem to have a wider color variation than the mudpuppy.

Wild axolotls are brown or tannish with golden speckles. Some are very pale pink, while others are golden, gray, or albino. Though there are populations of albino mudpuppies, albinism is seen far more often in axolotls. Mudpuppies and axolotls can also regenerate parts of their bodies.

The hellbender is another aquatic salamander, and like the axolotl, it’s not closely related to the mudpuppy. Indeed, it’s the only member of its genus, Cryptobranchus. Some of its range overlaps that of the mudpuppy, and it’s found in the central and eastern parts of the United States. It is much bigger than the mudpuppy and can grow to 29 inches from head to tail and weigh 5.5 pounds. Indeed, it’s related to the Chinese and Japanese giant salamanders. It is not unheard of for a hellbender to live for 30 years.

Unlike the mudpuppy, the hellbender doesn’t have plumelike gills but gill slits. It also has five toes on each of its hind feet as opposed to four. Its lungs, unlike the lungs of the mudpuppy, can allow the hellbender to breathe air for a while, but the hellbender has a more efficient way to get oxygen. It has a flat body, and its sides bear frills and folds of skin that allow the animal to take in oxygen.

Hellbenders are also unlike mudpuppies in that they sort of undergo metamorphosis. When their larvae hatch, they look like tadpoles, with gills and no limbs. Eventually, they lose their gills and grow limbs, but they remain in the water.

Mudpuppies are solitary save for the breeding season. They don’t hibernate and don’t truly migrate, though they prefer to live in shallow water during spring and fall and deeper water during summer and winter. They can find prey, avoid predators and sense the water currents and water pressure through organs in their skin. Their sense of smell is also good. Though they usually walk along stream beds, they can tuck their limbs against their bodies and swim like fish.

These salamanders live in lakes, streams, ponds, and rivers, whether they are shallow or deep. During the day they hide under rocks or branches that have fallen into the water or among vegetation. Mudpuppies have been found in water that’s close to 100 feet deep.

Mudpuppies will eat anything that they can tackle, though their jaws are not flexible like the jaws of snakes. Their teeth are there to hold their prey until the mudpuppy can gulp it down. These include crayfish, insects, insect eggs and larvae, fish and their eggs, snails, small crustaceans, spiders, worms, amphibians, and carrion.

These salamanders are also prey to a variety of animals, including carnivorous fish that are stronger and larger than they are, water snakes and wading birds such as egrets and herons. Humans also collect them for research, and some fisherman thoughtlessly kill them because they believe they eat too many eggs of game fish. Though most mudpuppy populations are not endangered, threats include pollution and silting of the bodies of water they live in. Like many amphibians, their skin is sensitive, and they can be sickened by toxins dumped into their water.

Mudpuppy reproduction is another fascinating thing about them. Unlike hellbenders, fertilization of eggs is internal within the female. Before that happens, the mudpuppies must give up their solitary life for a while and find each other.

These animals mate in the fall. They gather together in shallow water, and the males follow females into hidden places beneath a rock or a log. He will swim around her until he drops a spermatophore, a capsule that holds sperm. She picks it up with her cloaca and tucks it into a gland called a spermatheca. She’ll hold on to it until she is ready to lay eggs in the spring. Then, she’ll let the sperm fertilize her eggs, and deposit the fertilized eggs on the underside of a rock or other safe structure.

The average number of eggs is about 60, but females have been known to lay 200 eggs at a time. She’ll guard them until they hatch, which is about one to two months. When the larvae hatch they’re between 0.79 and .098 inches long. If it survives predation and other threats, a mudpuppy can live as long as 20 years.

Though the exact number of these salamanders is not known, there are some areas where the population is declining.

View all 111 animals that start with M

What is a mudpuppy?

A mudpuppy is an amphibian. Specifically, it’s a type of salamander. It’s notable because it spends its entire life in a larval state. That means it keeps its gills and lives entirely in water.

Mudpuppies are capable of a nip if they’re caught, but their bites are harmless despite their many teeth. The waterdog is completely nonvenomous.

Mudpuppies are not poisonous.

Can you keep a mudpuppy as a pet?

It is quite possible to keep a mudpuppy as a pet. However, it is important to know that these amphibians can live for 20 years or longer. A pet mudpuppy is happiest when it lives by itself in a 20-gallon tank kept scrupulously clean. The water needs to be highly oxygenated, and according to some experts, should never exceed 64 degrees Fahrenheit, though others claim that temperatures as high as 72 degrees F. are acceptable. The pH should be around 6.5. Feed the mudpuppy what it eats in the wild, including insects, small fish, mollusks, and small crustaceans such as brine shrimp.

Do mudpuppies turn into salamanders?

Mudpuppies are already a type of aquatic salamander. They are different from other salamanders in that they spend all of their life in water and can’t breathe air for very long.

What is the difference between a mudpuppy and a hellbender?

A mudpuppy is smaller than a hellbender, and hellbenders undergo at least a partial metamorphosis, whereas the mudpuppy doesn’t. Mudpuppies also have external gills while hellbenders do not. They mostly breathe through frills of skin at the sides of their bodies.

Mudpuppies don’t bark, but they can give a squeaking sound when they’re taken out of the water.

Where do mudpuppies live?

Mudpuppies live in bodies of water where aquatic plants grow and where rocks or logs are found. These structures help the mudpuppy hide from predators. The water can be cloudy or clear, stagnant or running, deep or shallow. The condition of the water determines the size of the mudpuppy’s gills. The colder and more oxygenated the water is, the shorter the gills.