There are 30 different species worldwide! Click through all of our Porcupine images in the gallery. 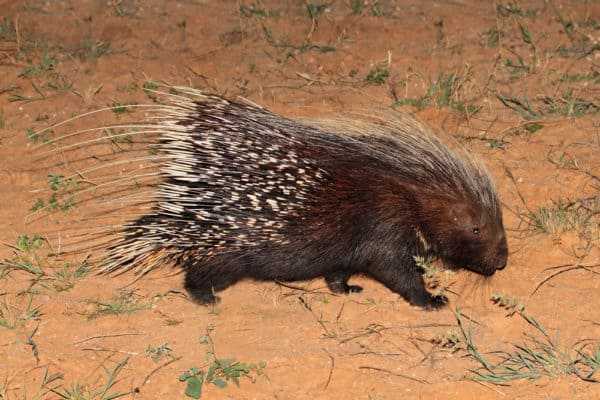 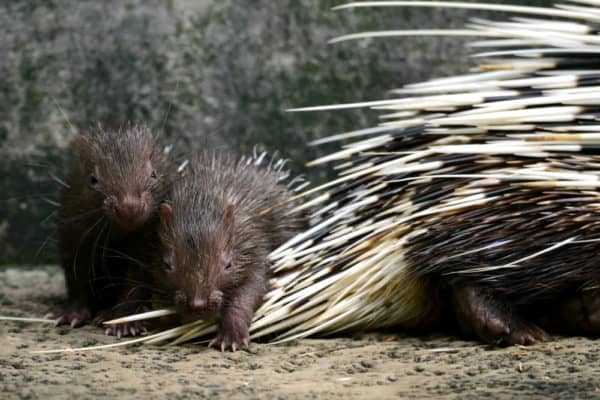 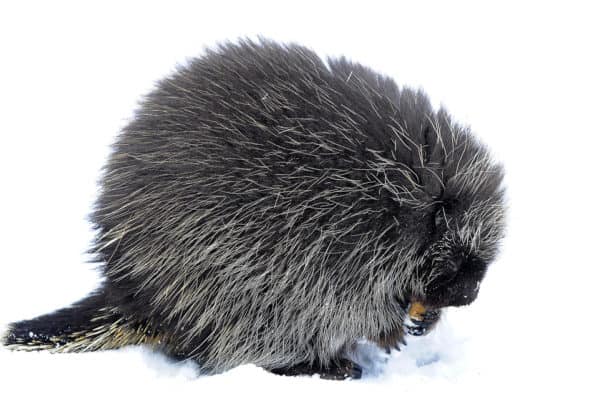 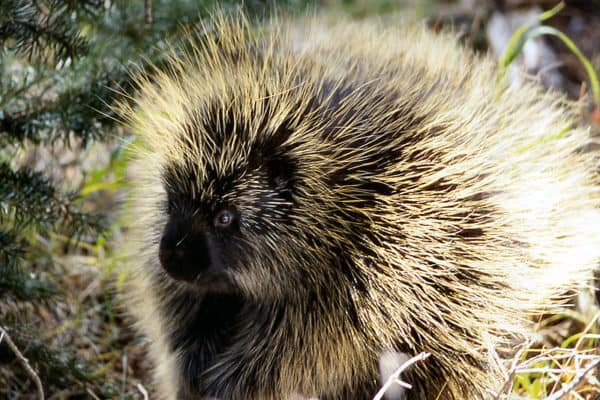 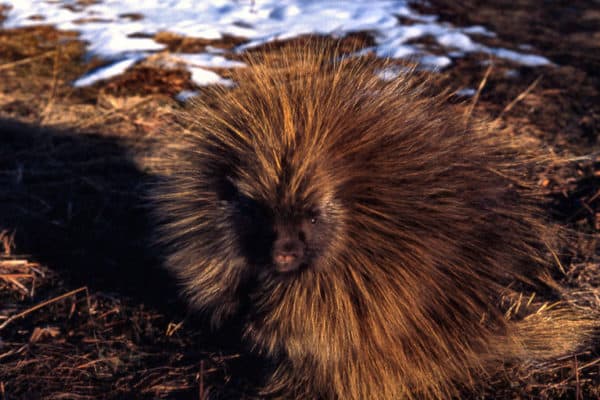 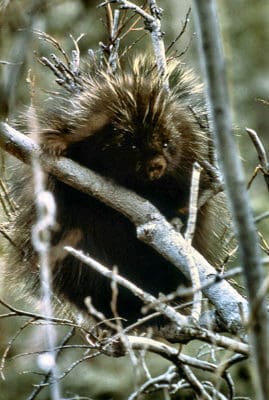 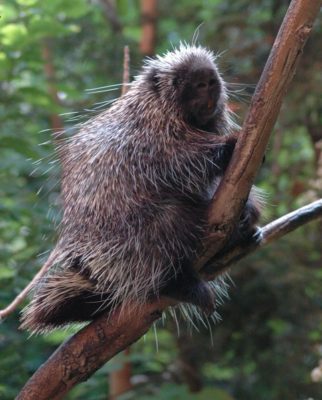 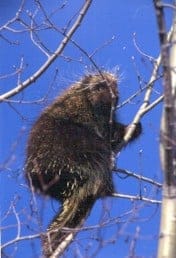 View all of the Porcupine images!

Porcupines are the third largest rodent on the planet. They are broken down into two types of porcupines, which are Old World and New World porcupines. These large rodents are known to fight off enormous predators, and they feast on plants, shrubs and trees throughout the year. Despite their fierce-looking exterior, they are gentle and docile creatures unless provoked.

-Quills have an antibiotic grease layer that helps to prevent infection in humans and animals.

-Porcupines have the ability to fight off even the largest and most dangerous of predators, including leopards.

-Baby porcupines are called porcupettes, and a group of porcupines is called a prickle.

The taxonomy of Porcupines is broken down into the Rodentia order, the Erethizontidae (New World) or Hystricidae (Old World) family and the Erethizon or Chaetomys Genius. The Hystricidae porcupines stay on the ground for the most part and live in Europe, Asia and Africa. Erethizontidae porcupines enjoy climbing trees and swimming throughout the Americas. The actual name of porcupine originates from the French word of porcespin, which translates to quill pig. There are over two dozen species of porcupines across the world, including:

Each species of porcupine looks a bit different from the next. However, they do have some general appearance characteristics, such as they often have robust bodies and small heads. Their quills will either be grouped together or individually embedded into their skin and hair. These quills are their defense. They will drop their quills in the path of a potential predator to protect themselves

The front of their bodies is most vulnerable as it is covered with hair rather than quills. The base color of the hair can vary, including to be yellow, brown, grayish brown, dark brown or black. The patterns that overlay the base layer can also vary in color, including black, orange, yellow and white. There are even albino porcupines in some parts of the world. Most porcupines range between 25 and 40 inches long, which includes their tail. They typically weigh between 10 and 40 pounds. Both males and females are roughly the same sizes. And many species have hairless soles that make them excellent climbers.

Porcupines are solitary animals that spend most of their time alone. They will gather in groups during the winter and spend time with a potential mate during courtship. A group of porcupines is called a prickle. When they do gather as a group during the winter, you will find the group of up to 12 porcupines sheltering together.

Where do porcupines live? The New World porcupines are primarily found in the Americas; whereas, the Old World porcupines are often found in Europe, Asia and Africa. You will find porcupines in the Americas enjoy exploring the trees and water as much as land. However, the porcupines in other parts of the world typically remain on solid land for the most part. You will find them living in nearly any type of terrain, including deserts, forests, grasslands, mountains and rainforests. They can adapt quite easily to their environments. Many porcupine species prefer to spend their downtime inside rocky crevices, caves, tangles of roots, brush, tree branches, burrows and hollow logs and trees. Their home, wherever it may be, is called a den. They do not hibernate; however, they are nocturnal so they sleep during the day and explore at night.

Porcupines the world over are herbivores. They eat roughly 0.9 pounds of food each day. During the winter, they rely upon tree bark as a primary source of nutrients. Due to harsh conditions, they often lose roughly 17% of their weight in the winter due to a lack of nitrogen in their winter diet. In Spring, porcupines prefer leaf blades rich in protein. If trees begin to develop toxic tannins, they will select more herbaceous plants and trees with fewer tannins.

Summertime brings about more dietary changes, including potassium-rich foliage. This can lead to excreting too much sodium which forces porcupines to go in search of salt. In nature, they may find salt in a variety of sources, such as aquatic plants. When they do not find it in nature, they look for human-made sources, including tires, plywood, handles of tools and break lines. In some instances, they will eat certain nuts and fruit. Despite their dietary habits in nature, they cause far less damage than insects, disease, winds and fires.

The small stature of a porcupine, particularly young porcupines, makes them vulnerable to a number predators, including great horned owls, black bears, bobcats, martens, long-tailed weasels, ermines, coyotes and mink. The fisher is their most common predator. Fishers can even prevent porcupine populations from growing. If a predator does approach, the porcupine will turn its back to the predator keeping the quills facing the threat at all times. However, if the predator can get the porcupine on its back, they will often lose the battle. In some instances, porcupines have fought off an attack with their quills, including against highly dangerous animals like a leopard. When an approaching predator gets a quill embedded into their paw or body, they will often retreat as the quills are quite painful and difficult for animals to remove.

The Phillippine porcupine is the only porcupine categorized as vulnerable at this time. All others are listed in the least concern classification. The biggest threat to the global porcupine population is human deforestation, wildfires and infrastructure development. These actions displace porcupines from their homes and force the slow-moving rodents to search for new sources of food and shelter. Cars are also considered a threat to porcupines as porcupines move too slowly when crossing the street.

The mating ritual of porcupines includes only dominant male porcupines mating with several females, and less dominant males may not mate at all. Males will defend their mate for several days during the annual breeding season to fight off other potential suitors. Females will also fight for their territory against other female porcupines. Males suitors are attracted to the scent and vocalizations of females. Mating will only occur once a female selects a male and becomes open to his advances.

The annual breeding season lasts from October to November. A female will carry for 210 days and give birth from one to three offspring. Baby porcupines are typically born in April or May, and they are called porcupettes. Newborns weigh between 0.88 to 1.17 pounds and are 10-inches long. Their hair is soft during birth. Quills will harden after a few hours. Their eyes often do not open for several days. The mother will nurse for a short time. After five months, offspring will become entirely independent and left to survive their first winter on their own.

The average lifespan of a wild porcupine is five to seven years. Porcupines raised in captivity might live up to 10 years. The Prague Zoo is known to have had an Indian crested porcupine for at least 30 years. As porcupines age, they can suffer from disease and loss of senses that make them more vulnerable to predators and natural death.

All but one porcupine species is considered a least concern at this time. As a result, population studies are not overly accessible making it difficult to determine the global population size of porcupines. The only known threats to population growth at this time are the fisher predator and human development.

Are porcupines herbivores, omnivores, or carnivores?

Porcupines are strictly herbivores. They eat plants, twigs, foliage, leaves and more. The porcupine’s diet changes with the seasons.

Porcupines do not hibernate. They do, however, burrow in trees, caves and small spaces near food sources with a group of other porcupines during winter. They are also nocturnal rodents that sleep during the day and feed during the night.

Do Porcupines shoot their quills?

Porcupines cannot shoot quills. They can easily detach to drop them in the path of a predator. Once a predator has a quill stuck, they are likely to retreat. This allows porcupines to fight off some of the most dangerous predators on the planet.

Where do porcupines live?

Porcupines can inhabit nearly any type of environment, including forests, grasslands, shrubbery, rainforests and deserts.

How many quills do porcupines have?

Most porcupines have roughly 30,000 quills. Any quills that are lost will typically regrow.

Can a porcupine kill a human?

It is unlikely. Quills are covered in an antibacterial coating that feels greasy to the touch. This reduces the chance of infection developing if you are stuck by a quill.

What Kingdom do Porcupines belong to?

Porcupines belong to the Kingdom Animalia.

What phylum do Porcupines belong to?

Porcupines belong to the phylum Chordata.

What class do Porcupines belong to?

Porcupines belong to the class Mammalia.

What family do Porcupines belong to?

Porcupines belong to the family Erethizontidae.

What order do Porcupines belong to?

Porcupines belong to the order Rodentia.

What genus do Porcupines belong to?

Porcupines belong to the genus Erethizon.

What type of covering do Porcupines have?

Porcupines are covered in Spikes.

What do Porcupines eat?

What are some predators of Porcupines?

Predators of Porcupines include owls, eagles, and wolves.

What is the average litter size for a Porcupine?

The average litter size for a Porcupine is 1.

What is an interesting fact about Porcupines?

There are 30 different Porcupine species worldwide!

What is the scientific name for the Porcupine?

The scientific name for the Porcupine is Erethizon Dorsaum.

What is the lifespan of a Porcupine?

Porcupines can live for 8 to 12 years.