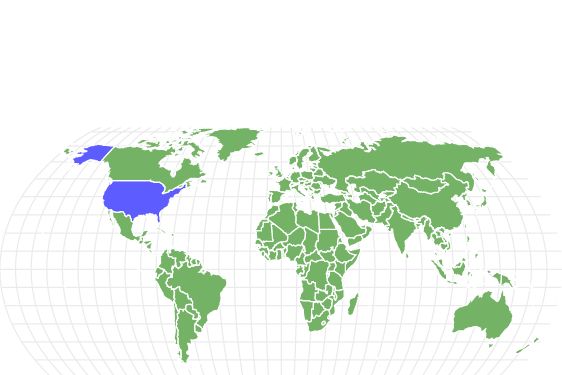 View all of our Scarlet Kingsnake pictures in the gallery.

View all of the Scarlet Kingsnake images!

“Red and black is a friend of Jack.”

This beautiful snake with its jewel-like colors is found east of the Mississippi River, in states from Virginia down to Florida. Completely harmless to humans, it is a fearsome predator on small lizards and rodents. It will even eat other snakes, including venomous ones.

Where To Find the Scarlet Kingsnake

This snake is found in the eastern and southeastern United States in habitats such as pine woods, prairies, mixed pine and oak forests, farms, and wetland hammocks.

The Different Types of Scarlet Kingsnake

The scarlet kingsnake is a member of a genus that includes other kingsnakes, milk snakes, and their subspecies. All of these snakes are nonvenomous and have other snakes as part of their diet. Among them are:

Scarlet kingsnakes are considered to be abundant in the habitats where they live. Their conservation status is least concern.

Small in size for a snake, L. triangulum elapsoides only grow between 1.5 to 2.5 feet with a weight of about 2.77 pounds. This makes it easy for it to hide in logs, stumps, or under decaying bark. This also happens to be the location of their favorite prey, which are small lizards.

The kingsnake’s Batesian mimicry of the coral snake helps keep it safe from predators, but a closer look at both snakes reveals subtle differences that may not register with a hungry raccoon or fox. The most important difference between king snakes and coral snakes is that coral snakes are venomous while kingsnakes are not

Coral snake refers to many species of snake that belong to five genera. The ones that concern this article belong to the Micrurus genus, as they are only found in the Americas. A coral snake that is frequently mistaken for L. triangulum elapsoides is the eastern, or common coral snake. Like the kingsnake, it is not large in size and rarely grows over four feet in length with a weight that ranges between two and five pounds. The snakes share much of the same habitat and geographic range.

Unless one is taking a dip in the swimming pool, humans rarely see L. triangulum elapsoides. While not particularly frightened of humans, these snakes are nocturnal and fossorial, which means they often hide in underground burrows or are found under bark, logs, damp leaf litter, or tree stumps. They are solitary but might group up in the winter to hibernate and then to bask in the sun when hibernation is over. Scarlet kingsnakes also seem to be more tolerant of high temperatures than other snakes, as they’re seen to be active when other snakes are staying out of the heat.

As predators, they enjoy a diet of rodents, birds, eggs, and snakes. They will eat coral snakes even as they benefit from the mimicry of this venomous reptile. But scarlet kingsnakes seem to be partial to lizards, especially skinks and anoles. Some pet snakes will eat nothing but live skinks, even if it means starving to death.

A scarlet kingsnake that feels threatened will vibrate its tail like a rattler and may evacuate its bowels. Its bite is harmless and not even very painful.

Scarlet kingsnakes breed once a year in spring and early summer. After mating, the female lays an average of 10 eggs in duff or rotting logs. They are oval and may stick together, and the mother does not incubate or guard them. The eggs hatch after 28 to 39 days. The snake reaches maturity when it’s between three and four years old and can have a lifespan as high as 22 years.

Scarlet kingsnakes are beneficial because they eat mice and other agricultural pests. They also keep the ecosystem in balance by preying on other animals. Many people find them beautiful as well.

Scarlet Kingsnakes are not venomous.

How do Scarlet Kingsnakes hunt?

Like all snakes, scarlet kingsnakes are carnivores and predators. They chase down their prey, but since they don’t have venom they squeeze it to death in their coils then swallow it whole.

Scarlet kingsnakes are not that aggressive toward humans and are sometimes kept as pets.

Where do Scarlet Kingsnakes live?

Scarlet kingsnakes live in various locations in the east and the southeastern United States in many types of habitats. These include coniferous or deciduous forests, open woods, prairies, savannas, wetlands, farms, and suburbs. Indeed, it’s not unheard of to find one taking a swim in a swimming pool on a hot day.

What do Scarlet Kingsnakes eat?

These small and pretty snakes eat rodents, birds, eggs, lizards, and other snakes. They have no problem eating venomous snakes such as rattlers and coral snakes. On the other hand, they are prey for predators such as foxes, raccoons, coyotes, and skunks.

What is a Scarlet Kingsnake?

It is a nonvenomous snake of the Lampropeltis genus. Its geographic range includes the eastern and southern United States, and it is admired for its black, red and white colors. It is only between 1.5 and 2.5 feet long with a weight of a little under 3 pounds.

Why is it important to be able to tell a scarlet kingsnake apart from a coral snake?

Identification of both of these snakes is important because the coral snake is venomous and the scarlet kingsnake isn’t. The mimicry helps the kingsnake evade predators sometimes.

Where can I get a scarlet kingsnake?

You should get a snake from a reputable breeder and not take it from the wild. Scarlet kingsnakes can be difficult to keep happy and healthy in captivity.

Is a scarlet kingsnake poisonous?

The scarlet kingsnake is not poisonous.

Scarlet kingsnakes are docile and tend not to bite even when they’re handled.

Can you have a scarlet kingsnake as a pet?

It is possible to have one of these snakes as a pet, but it can be hard to maintain a proper diet for it. Also, their small size makes it easy for them to escape an enclosure. The enclosure must also be kept warm, have the right humidity, and be provisioned with places for the snake to hide.

What do scarlet kingsnakes eat?

Though these snakes will eat rodents and eggs in the wild, they are partial to small lizards such as anoles. One of the problems with keeping a scarlet kingsnake for a pet is that some will only eat live lizards and reject anything else.