Alabama is right in the heart of the South but it has a surprisingly diverse geography. There are hills and mountains thanks to the Appalachian Mountain chain. And a gorgeous coastal area that sits on the Gulf of Mexico. But most of the geography of Alabama is forests and agricultural fields. The naturally diverse landscape has made Alabama a prime home for snakes. Alabama has one of the highest snake populations in the country, and it has the most different kinds of water snakes. Water snakes in Alabama are widespread throughout the state.

The Eastern coachwhip snake like dry open grasslands and there are plenty of those in Alabama. Coachwhip snakes are very long snakes. They often get to be 72 inches long or more. And they are very thin. When they are coiled up they look similar to a whip, which is what inspired their name. Usually coachwhips have black or very dark brown heads and their color lightens throughout the body until it’s a light brown or tan at the tail.  Eastern coachwhip snakes are also very fast. They are not very fond of people and if you come up on one it is more likely to speed away than it is to interact with you.

Typically the Eastern Indigo snake has been found in the very south part of Alabama in Covington, Mobile, and Baldwin counties. This snake is very wide bodied and heavy. It’s also usually between six and eight feel long. The combination of the length and width of this snake makes it hard to miss. It also has a very striking dark blue black color. Sometimes the indigo snake is mistaken for a black racer snake, but the black racer is much thinner and faster than the indigo snake.

Ring-necked snakes are very small snakes that range from about 18 inches to about 21 inches. Some are almost two feet long but they are rarely longer than that. They are also very thin. You will usually see them all over Alabama. They adapt very well to many different types of habitats. Ring-necked snakes usually have a dark main color like dark olive or dark brown and have a yellow, cream, or red ring around their necks. Their bellies are light colored and usually the same color as the ring around their necks. They are absolutely harmless to humans.

Rainbow snakes have beautiful patterns and colors but they are pretty rare to see in Alabama. If you do see one it’s probably going to be in the Coastal area near the Gulf. Rainbow snakes like salt water, so you may spot them in Gulf Islands Seashore area or along Perdido Key. These colorful snakes can be more than 65 inches long. They usually have a black or dark olive base color with three long thin red stripes running down their bodies. Their bellies are lighter colored and usually have a black or dark olive and red checkered pattern.

Gray rat snakes are hard to miss. Their colors are a little dull, typically a dark gray body with brown or black blotches. But the average length for a gray rat snake is a whopping eight and a half feet long. If a gray rat snake is crossing your trail or hanging out in the vegetation near where you are hiking or camping you will probably see it.

But be sure to look up because you may not see a gray rat snake that is hanging above you. Gray rat snakes are expert climbers and they love to hang out in trees in forests. They also sometimes will nest in a tree rather than on the ground to keep their young safe. It pays to keep watching the trees as well as the ground if you’re spending time in any of the many forests in Alabama.

Pine woods litter snakes are only found in Mobile, Washington, and Baldwin Counties in Alabama. These snakes are tiny and typically only about ten inches long. They are usually reddish brown to golden red and have lighter bellies. The pine woods litter snake primarily stays hidden in leaf litter, forest vegetation, and sometimes in mulch or backyard greenery. These little snakes are not a threat to people at all.

Red corn snakes are pretty common in northern Alabama but they aren’t very common in other parts of the state. These snakes usually are between five and six feet long. They have tan or gray bodies and they have wide red blotches bordered by black bands. Red corn snakes that live in the Coastal areas tend to have much brighter colors than the red corn snakes that live in the north. Their primary diet is mice and rodents so they usually are found in agricultural fields, in abandoned outbuildings, or in barns.

The Gulf saltmarsh snake is only found in the Coastal region of Alabama near the Gulf Mexico. Gulf Islands National Seashore park has reported sightings of these snakes, as do some of the areas along the Perdido Key. Gulf saltmarsh snakes are small and thin. They are usually just over two and half long. They have dark olive or black bodies and they have two brown stripes and two tan stripes running the length of their bodies. This snake eats mostly small fish and other saltwater creatures that are found close to the shoreline, in puddles, and in small inlets. Be very careful if you’re heading out to the beach along Perdido Key because you may find some Gulf saltmarsh snakes that want to share the beach with you.

In Alabama you can find the Mississippi green water snake at the Tensaw Delta and areas westward as well as in the lower Mobile Bay area. Mississippi green water snakes are aquatic snakes but they can be found as far as 60 miles inland. These snakes prefer brackish waster to fresh water and they prefer to live along the edges of lakes and slow moving rivers as well as in marshy inlets and swamps.

Other Water Snakes In Alabama include:

Copperhead snakes are prevalent throughout the state, especially in the Coastal region where their numbers are increasing. The most common venomous snake encountered in Alabama is the Copperhead. Copperhead snakes are easy to recognize because of the distinctive reddish brown copper colored heads. They also have copper and brown colors and markings across their entire body. These snakes are only about five feet long but they are quite wide so they can look intimidating. Be very careful when you are walking along trails in the woods or through grasslands. They like to hide in vegetation, especially along hay fields. If you see a Copperhead snake immediately back up slowly and get yourself out of striking range. On the off chance a Copperhead bites you get medical help right away.

Why does Alabama have so many snakes?

Alabama is right in the heart of the South but it has a surprisingly diverse geography. There are hills and mountains thanks to the Appalachian Mountain chain. And a gorgeous coastal area that sits on the Gulf of Mexico. But most of the geography of Alabama is forests and agricultural fields. The naturally diverse landscape has made Alabama a prime home for snakes. Alabama has one of the highest snake populations in the country, and it has the most different kinds of water snakes.

What types of water snakes are in Alabama?

Current complete list of water snakes in Alabama include: 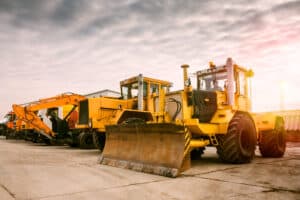 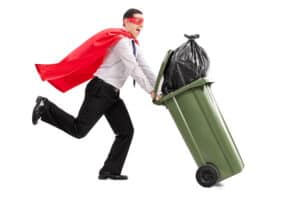