Tibetan terriers have round, flat, “snow shoe” feet that evolved to give them traction on snowy Himalayan paths 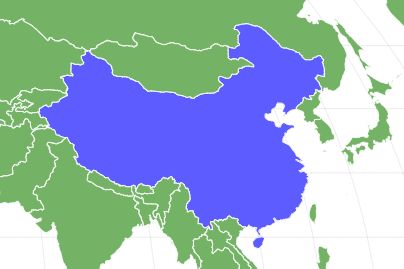 Fun Fact
Tibetan terriers have round, flat, “snow shoe” feet that evolved to give them traction on snowy Himalayan paths
Temperament
Energetic, playful and stubborn quiet and lazy
Diet
Omnivore

Tibetan Terrier as a Pet:

View all of our Tibetan Terrier pictures in the gallery.

View all of the Tibetan Terrier images!

A Tibetan terrier could easily be mistaken for a larger version of its cousin, the Lhasa apso. Like Lhasa apsos, Tibetan terriers have a long, historic association with Buddhist monasteries, and they also have that long front fringe, which frequently obscures their eyes. Despite their name, though, Tibetan terriers are not true terriers; they were not bred to hunt vermin but to guard the monasteries and help nomadic herdsmen tend their flocks. The lamas nicknamed this breed, “the Holy Dog.”

Tibetan terriers are medium-sized dogs with a squarish build, though it can be difficult to glimpse their bodies beneath their wooly double coats. They are friendly, energetic dogs who require a fair amount of exercise. Their highly independent natures make it critically important to establish who’s the boss when you first enter into a relationship with a Tibetan terrier. Hint: That boss should be you!

Tibetan terriers were first recognized by the American Kennel Club in 1973 and have been bred in the U.S. ever since. Like all purebred dogs, they’re characterized by a certain amount of inbreeding. That inbreeding may sometimes be associated with hereditary health issues. These health conditions can also be found in dogs that are a mix between Tibetan terriers and another breed, The lifespan of a healthy Tibetan terrier ranges between 15 and 16 years.

Tibetan terriers are prone to progressive retinal atrophy (PRA). PRA is not a single disease but a collection of disorders, including red cone dysplasia, progressive rod-cone degeneration, photoreceptor dysplasia, and cataracts, that may culminate in degenerative deterioration of the retinal cells. Primary lens luxation, a deterioration of the fibers that hold the lens of the eye in place, is another vision-related issue that affects these dogs. Neuronal ceroid lipofuscinosis, a condition caused by abnormally high accumulations of ligopigments within the tissues of the body, is also found in members of this breed; symptoms include night blindness, motor abnormalities, and epilepsy. Tibetan terriers may also be affected by canine hip dysplasia and luxating patellas. Additionally, some Tibetan terriers have allergies to dairy and wheat, which can cause them to break out in dermatitis.

Health and Entertainment for your Tibetan Terrier

There are DNA tests for many of these conditions. Responsible breeders will make sure you’re aware of the potential for these health issues in any Tibetan terrier pup or Tibetan terrier mix you buy from them.

In summary, health issues that affect Tibetan terriers include:

Tibetan terriers have a sweet but stubborn temperament. Unless you stay on top of their training, they’re smart enough to try and run your household. Their temperaments and reactions can seem very human in other ways, too. They appreciate relationships based on mutual respect and cooperation. These dogs don’t like to be scolded, and repetitive training bores them. They have unconditional love for the human members of their families, but it can take them a while to warm up to outsiders.

How To Take Care of Tibetan terrier

Tibetan terriers are mellow in most respects, but there’s no denying that they have high-maintenance hair both as puppies and as full-grown dogs. Some of these dogs have a tendency to become obese, so it’s important to stick to feeding guidelines. They will also rebel against negative disciplinary routines and unrealistic expectations so set achievable objectives for your Tibetan terrier pup, and keep your training methods consistent.

Tibetan terriers are naturally lean dogs. They’re unusual among canines in that they don’t typically bolt their food but chew it carefully, and they often leave food in their bowls. The staples of this dog’s diet in its homeland were barley gruel and meat broth. These dogs should not need more than two cups of high-quality dog food a day. If you rely too much on treats as a training incentive, your Tibetan terrier may grow greedy and show a tendency to overeat, which could turn into obesity.

If your Tibetan Terrier shows signs of food allergies, talk to the vet about your dog’s diet, and ask about which allergy-alleviating or limited ingredient dog food to try.

In our opinion at A-Z Animals, the best dog food for Tibetan Terriers is Purina Beyond Simply, Natural Chicken Adult Dry Dog Food.

That’s because this simple chicken, rice, and barley recipe balances protein, fat, and nutritious carbohydrates without any soy, wheat, corn, peas, lentils, and potatoes that can lead to health problems. Real meat is a good source of natural glucosamine for stabile joints. Also, omegas and vitamins can help improve any lingering skin irritation from their previous diet. 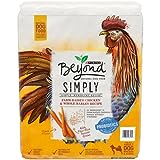 Tibetan terriers need to be combed daily with a metal comb. Their hair is very thick, and if you don’t comb it regularly from root to tip, it will form thick mats that can become a perfect hiding place for fleas, ticks and doggy hot spots. Always mist your pet’s coat with water and conditioner before you attempt to comb out the tangles. Bathe your pet, too, at least once every two weeks. You’ll need to use a shampoo specially formulated for dogs and a high-end conditioner. Tibetan terriers have double coats that take a long time to dry without help so consider investing in a dog-safe hair-drier.

If you let it, a Tibetan terrier’s hair can easily reach the ground. This is the basis for the classic Tibetan terrier show cut. Regular trips to a professional groomer will give you other style options. If you’re not showing your dog, a short haircut is more practical. You can count on your Tibetan puppy to get into everything, so he or she may do best with a short hair puppy cut between one and two inches long. Another short hair cut between three and five inches preserves your pet’s characteristic hair but makes the daily comb out far less of a chore.

Trim your pet’s nails regularly, too, and get into the habit of brushing his or her teeth at least once a day.

Tibetan terriers will always assume they are the alpha dogs of any pack they’re in unless you demonstrate otherwise. That’s why it’s critically important to begin training your pup as soon as possible. These dogs do not respond well to coercion. Vocal praises and a very occasional treat make the best incentives.

Tibetan terriers are active dogs. They should be taken out for at least two long walks every day, and they make excellent jogging partners. If you don’t give this dog an opportunity to burn off all its extra energy, your dog may turn to random acts of destruction to amuse itself. This dog is a rover, so apart from the dog park, it’s best to keep him or her on a leash at all times when you’re outside together.

Among the llamas of the Tibetan monasteries, a Tibetan terrier puppy was the most highly prized of all gifts. These adorable bundles of fluff are ready to leave their parents and their breeders at around 10 to 12 weeks of age.

Tibetan terriers love the children they live with, but they tend to be distrustful of strangers, so you should not allow kids your dog doesn’t know to pet your dog. They’re not the best dog for toddlers, either, because when their ears and tails are being pulled, they will do whatever they need to do to make a child stop pulling.

How much do Tibetan terriers cost to own?

Plan on a price between $1,000 and $2,000 if you buy a Tibetan terrier pup from breeders. If you acquire a dog from a rescue organization, adoption costs will set you back around $450. Vaccinations, microchipping, neutering, and acquiring the things your new dog will need during that first year like food bowls, beds and crates will cost another $600 or so. Thereafter, plan on spending between $900 and $1,000 a year on food, vet bills, and training.

Are Tibetan terriers good with kids?

Tibetan Terriers are good with children they know well.

How long do Tibetan terriers live?

The lifespan of a Tibetan terrier ranges between 15 and 16 years.

What is a Tibetan terrier?

Tibetan terriers are an ancient breed of dog that Tibetan monks bred to be watchdogs.

Is a Tibetan terrier really a terrier?

When do Tibetan terriers calm down?

Tibetan terriers were bred to be watchdogs, so they are wary of strangers and barking can be an issue. After they get to know you, they calm down.

Can a Tibetan terrier be left alone?

Tibetan terriers do shed, but they shed into their own hair rather than on your furniture.

How much is a Tibetan terrier?

The price of a Tibetan terrier puppy is typically between $1,000 and $2,000. If this is too high a price to pay, or you don’t have the energy to take on puppy training, regional Tibetan terrier rescue missions exist where you will pay less for a full-grown dog. Many of these rescue organizations are affiliated with local chapters of the Tibetan Terrier Club of America. Hybrid dogs that are a mix between a Tibetan terrier and another breed like a cocker spaniel or a golden retriever can sometimes be found in shelters.