They replace their fangs 2-4 times per year! 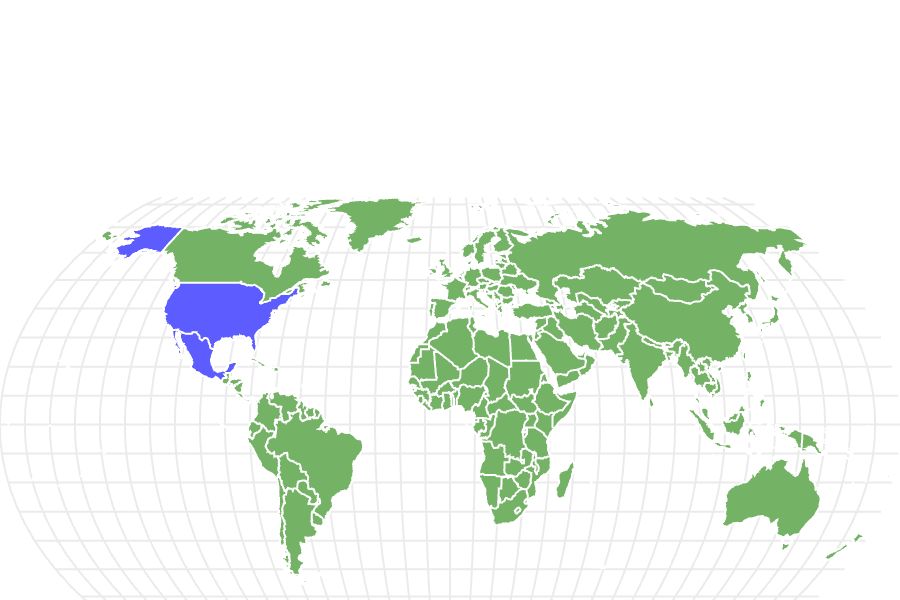 View all of our Western Diamondback Rattlesnake pictures in the gallery.

View all of the Western Diamondback Rattlesnake images!

Western diamondback rattlesnakes are an icon of the west.

Featured in many movies, the sound of a rattlesnake is unmistakable. It’s also disturbing if you grew up in an area where you share nature with them. They’re long and heavy-bodied venomous snakes, the second-longest in North America. These snakes are reclusive and avoid people in any way they can, but bites are common because they’re common in their territory.

Where to Find Western Diamondback Rattlesnakes

Western diamondback rattlesnakes inhabit the southwestern United States and northern Mexico. They prefer living in arid desert and semi-desert conditions; they are often found hiding under vegetation or other cover items, such as rocks, branches, and debris.

Some members of this species migrate one to two miles to and from communal dens in the spring and fall. In the spring, males often fight for dominance and breeding rights. However, the snakes don’t generally injure one another during these impressive displays.

Like many vipers, western diamondback rattlesnakes are born rather than hatched. About 165 days after mating, the female gives birth to 10-20 babies, called neonates. Within a couple of hours, they head off on their own to find shelter and food. Most neonates don’t survive their first year because they’re heavily preyed upon by other species.

Their scientific name, Crotalus atrox, means “horrible rattle.” Crotalus originates in Greek and means rattle, while atrox is the Latin root for our English root of “atrocious.”

Western diamondback rattlesnakes are part of the Viperidae family; and are pit vipers from the Crotalinae subfamily. They have several common names, including coon tail, buzz tail, and rattler.

Diamondback rattlesnakes get their name from their diamond-shaped markings and tail rattle. They inhabit southern portions of the United States and northern Mexico.

Western diamondbacks aren’t endangered. They thrive in the desert southwest and have a stable population. In 2007, the IUCN assessed them for inclusion on IUCN the Redlist and listed them as Least Concern.

However, rattlesnake roundups still occur in some areas where people gather and kill as many as possible. This unfortunate practice throws local ecosystems out of balance with a dramatic loss of many predators at one time.

Most of them have a tan to a grayish background color, but some are pinkish, red, or orange. Over their base color, darker blotches extend down the length of their back. These start somewhat rectangular and become diamond-shaped further down the back.

They have a stripe running diagonally down their head, starting just below their eye. Western diamondback rattlesnakes have elliptical pupils and a scale that sits over the top of their eyes. This scale is present on many viper species and lends to the “angry expression” that many people feel they exhibit.

Western diamondback rattlesnakes have strongly keeled scales that make them look dull instead of shiny. They have large, spade-shaped heads that are twice the width of their neck, and their tails have alternating black and white or gray bands that end in rattles.

As with other rattlesnake species, western diamondbacks only strike for defense and potential food. Left alone, these are reclusive animals that avoid people. Bites happen because it felt threatened, or that person antagonized it.

According to DovMed, western diamondback rattlesnake venom is “hemotoxic, myotoxic, and cytotoxic, affecting the blood and heart system and the body muscles. ” Their venom may have components that help them digest their food, so they prefer saving venom for prey animals.

These snakes’ diet includes small mammals, including mice, woodrats, rabbits, squirrels, and occasionally birds and lizards. They’re primarily nocturnal and use heat-sensing pits between their nostrils and eyes to locate prey. During the cooler spring months, they’re active more often throughout the day, but they’re only active at night during the summer. To hunt, western diamondback rattlesnakes tuck themselves into a good hiding spot and wait for their meal to come to them. A 1976 study that followed their eating habits indicated that the bulk of their diet is small mammals.

Western diamondback snakes are not aggressive in that they won’t be chasing you down. However, they stand their ground when cornered—the distinctive rattle signaling their displeasure with your presence. They don’t always rattle a warning. Sometimes they stay quiet and try to keep hidden. They’re a little feistier than other snakes and more willing to bite. Generally, they’re happy to get away from you if you back away slowly to give them space.

Yes. Eastern and Western diamondback snakes cause most of the venomous snakebites in the United States each year. They inject a large amount of venom in one bite, which requires immediate medical care to treat.

How do western diamondback rattlesnakes hunt?

These are ambush predators. They’re also lousy climbers, so they lie in wait for their meals.

Not really, but they stand their ground when cornered, and they’re more likely to bite when they’re frightened.

Where do western diamondback rattlesnakes live?

These are some of the most widespread of the diamondback rattlers. They live in the desert southwest and forested areas. You’ll find them in California, Arizona, New Mexico, Texas, Arkansas, Oklahoma, and northern Mexico. They also occasionally occur in Kansas.

What do western diamondback rattlesnakes eat?