Written by Colby Maxwell
Updated: February 11, 2022
Share this post on:
More Great Content:
What Do Garden Snails Eat?
What Do Snails Eat? Their Diet Explained
Is a Snail Without a Shell Just…
Snail Terrarium: 8 Tips to Make The…
Snail Eyes: Everything You Need to Know
Snail Lifespan: How Long Do Snails Live?

Snails make amazing pets! They are low maintenance, don’t require much food, and you can design the cutest little terrariums for them to live in. Having a pet snail isn’t much of a hassle, and with a little time upfront, you can have a slimy friend for years to come. People get snails everywhere, from pet stores to gardens, and they all have their own unique needs. What every pet snail needs, however, is a name! We have a list of names that would be perfect for any snail that you decide to befriend. Take a look at our list and our reasoning – we think you’ll agree!

Turbo seems to be a pretty obvious one, especially with its double meaning. Snails are incredibly slow and don’t get anywhere fast at all. What better name for a snail than one that is a bit ironic and encouraging? As an added bonus, the popular movie, Turbo, gives this name a little more popularity. If you know someone with a pet snail, odds are they have one named Turbo!

Is there any name more classic for a snail than Gary? Hailing from the world of Spongebob Squarepants, Gary is a pet snail that is present in nearly every episode. Gary is a calming presence, often “meowing” whenever asked a question on-screen. In the Spongebob movies, Gary has even played a major role in the plot! In the show, he’s mostly a background element (with a few big cameos now and again).

I’m sorry, SpongeBob, but Gary’s with me now. You had your chance and you failed. You have to stop living in the past. [Takes off pants, puts them in washing machine] It’s what Gary wants, and what Gary wants is me. Right, Gary? Gary? [Gary has gone inside the washing machine, burrowing his head into the back pocket of Patrick’s shorts] He only like me for my shorts!

No, Patrick. He wanted the cookie in your pocket.

Snails are truly slimy creatures. Their trail of good is actually a mucous that they excrete (pretty gross, right?) as protection and for moisture. Whether it’s on your hand or on the glass of a tank, snails are sure to leave a trail wherever they go. Better to celebrate that fact than bemoan it, right? Slimy it is!

Shelly may be a bit on the nose, but it’s a pet snail; you are allowed to be silly. Snails actually grow their own shells and never leave them, contrary to popular belief. They are essentially little protection bunkers that sit on their backs! Shelly is a name for a fraidy snail who might spend too much time hidden away in its shell.

Snails don’t slither on their bellies like a snake – they actually have a foot! Although they only have one foot, it’s their primary method of locomotion. Their little foot allows them to stick to walls and travel pretty much anywhere they please. If you are a soccer fan or love snail anatomy, Footie might be for you!

This one may seem strange, but it makes sense after some explanation! One of the most common species of snail is the apple snail. If you have an apple snail, Apple seems like a great name! Of course, you could always name your snail Apple without it being an apple snail. It’s up to you!

This is another ironic name that plays on your snail’s speed (or lack thereof). Rocket is a perfect name for a snail that participates in snail racing. If you are going to be taking your snail to any race, the name Rocket might strike fear into any of your competitors, causing them to shake in their shells.

Roz is a great option for any fans of Monsters Inc.! If you think back to the original movie, Roz is the slug-like creature that Mike Wazowski flirts with in order to get out of his paperwork. It never works, but he tried! If you want something Pixar-related, Roz is a great option.

Slowpoke (or just Poke, for short)

Again with the speed references? Of course! Slowpoke is one of our favorite names, and we think that shortening it to Poke is even cuter. While the other names like Rocket and Turbo are ironic, this one is for the literalist or the individual who wants to represent the world exactly as it is.

Snail in other languages

Sometimes, the name for something in another language is either really cute, cool, or just funny! Let’s look at the names for snails in other languages that could be used as a pet name.

Snegl! Snegl is the Danish word for snail and we think it makes a perfect name. It’s silly but very unique.

Escargot. We’ve all heard of escargot before! We generally think of it as a French dish, but it’s actually just the French name for snail. It’s a great name, too! Just don’t let your snail know what people do to his kind over in France.

Sisi! Sisi is a cute name and also the word for snail in Samoan. The Samoan islands are in Polynesia, and the people group settled most of the Pacific thousands of years ago. Sisi is a great name for your snail!

Is a Snail Without a Shell Just A Slug? 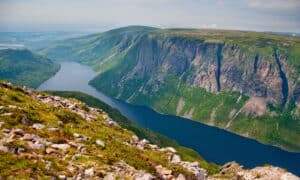 Is a Snail Without a Shell Just A Slug?