Beetles vs Bugs: What’s the Difference?

Written by Kyle Glatz
Published: October 22, 2022
© Brett Hondow/Shutterstock.com
Share this post on:
More Great Content:
What Kills Bed Bugs Instantly?
How To Get Rid of Roaches Overnight
Carpenter Ants vs Black Ants: What’s the…
Where Do Bees Go In The Winter?
The 10 Largest Grasshoppers In The World
Types of Beetles: The Complete List

Many people use the terms bug and insect interchangeably. While it may seem like a matter of preference, there are several differences between the two. Moreover, the term “bug” isn’t a precise way of describing many creatures we call bugs, like beetles. In this article, we’ll outline and discuss several ways to differentiate beetles vs. bugs. When we’re finished, you’ll know many ways that they are unique and why it’s only fair to classify them differently.

The Key Differences Between Beetles vs. Bugs

We’ll go into greater detail regarding the metamorphoses of these two orders of insects, along with other differences that set them apart.

Beetles and bugs have many similarities in morphology, but they also have some differences. For example, both of these creatures have forewings and hindwings. Both only use the rear pair to fly, and they are membranous. However, the outer wings of beetles are hard, but those of bugs are leathery at the base and membranous toward the ends.

Both beetles and bugs have compound eyes and an exoskeleton that protects their body. However, the mouthparts of these creatures are very different. Beetles have forward-facing or downward-facing mouthparts that include mandibles. These structures are used to grasp, cut, and crush food, but they’re also used for defense.

Meanwhile, bugs have some very specific mouthparts like their proboscis, a structure akin to a straw that allows them to suck fluids. Thus, if you see an insect with mandibles, it’s not going to be a bug, but it also might not be a beetle.

Beetles larvae are worm-like, and they differ from most bugs’ nymph forms a great deal. Beetle larvae are known for their chewing mouthparts and spiracles.

They’re also known for their instars, the developmental stages that they undergo between molts. These larvae are voracious eaters while they grow. Eventually, they build a pupal chamber, often out of feces, and undergo their pupal stage before emerging as adults.

Meanwhile, bugs do not have a larval metamorphosis. Instead, they hatch from eggs into a nymph form and continue to undergo molts in an incomplete or gradual metamorphosis as they reach their adult form. These differences in the metamorphosis processes between these creatures make it easy to tell them apart.

Beetles vs. Bugs: Number of Species

It may not be hard to imagine different types of beetles, such as the rhino beetle, stag beetle, Hercules beetle, flea beetle, dung beetle, and jewel beetle. Meanwhile, bugs are more difficult because some creatures with “bug” names are not actual bugs. Real bugs include stink bugs, bed bugs, wheel bugs, and cicadas.

Telling bugs and beetles apart at a glance may be somewhat difficult since they have some morphological similarities. Yet, if you can get a closer look at them, especially their mouthparts and wings, it’ll be easier to differentiate them. You can also consider their metamorphosis. If you see a creature in a cocoon or pupal chamber, the chances are that it’s not a bug.

Entomology is a rich field, and a deeper understanding of their studies could yield easier methods to tell a beetle from a bug. 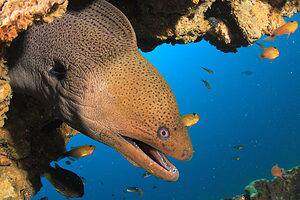