Copperheads in Iowa: Where They Live and How Often They Bite

The state of Iowa definitely has its fair share of snakes. With a population of about 3.19 million residents and 28 different species of snakes, it’s safe to say that Iowans are pretty used to seeing these reptiles, especially in cooler weather.

The copperhead is one of Iowa’s rarest snake species. Despite how widely spread the species is in North America, Iowa doesn’t have a large population of the copperhead and works to preserve its limited numbers. This article takes a look at copperheads in Iowa, where they live, and how often they bite.

What Copperhead Species Are Found in Iowa?

Eastern copperheads are venomous pit vipers that grow to an average of 20 to 37 inches. They can weigh anywhere from 3.2 to 11.2 ounces (0.2 – 0.7 pounds) and are easily distinguished by their triangular copper or orange-red heads, which gives them their name. Copperheads have pale brown to pinkish-brown dorsal and ventral scales, which are marked by alternating copper to reddish-brown hourglass shapes.

Since eastern copperheads are pit vipers, their pit organs enable them to detect the movement and presence of predators and prey. This ability, paired with their superb sense of smell through their tongues, makes them extremely formidable stalk and ambush hunters. They lie still for long periods, waiting for their prey to get within reach.

When they do, eastern copperheads swiftly attack, grabbing onto them with their long and hollow solenoglyphous fangs while they inject venom. In many cases, they hold onto the animal with their strong teeth until it stops struggling. Then, they proceed to swallow their prey head-first. Copperheads hunting schedules are diurnal in the spring and fall and nocturnal during the summer. They prey on toads, frogs, small mammals, snakes, and even other copperheads, making them cannibals.

Where Are Copperheads Found in Iowa?

In Iowa, copperheads are rather rare, even in the southeastern counties where they’ve been spotted. Eastern copperheads have been found in Iowa’s Van Buren, Davis, and Lee counties.

How Often Do Copperheads Bite in Iowa?

Although there are no official statistics for the state of Iowa, it is fair to say that copperhead bites are not a major worry, given their populations. Despite how often they bite in North America, there isn’t a single copperhead fatality on record in the state of Iowa.

Copperheads have primarily hemotoxic venom. This venom causes damage to the circulatory system and muscle tissue, causing swelling, hemorrhage, and necrosis. Although most of their bites are dry or warning bites with low venom yield, copperhead bites can kill human beings. About 85 -100mg of copperhead venom is fatal, but they emit only 26 mg on average, causing low fatality rates.

What To Do If You Spot A Copperhead in Iowa?

If you come across a copperhead snake or any other snake in Iowa, leave it alone. Believe it or not, snakes are wary of you and would rather not bite you. Also, a snake’s bite (venomous or not) isn’t the only thing you have to worry about. The copperhead, like many other snakes, emits a foul-smelling musk from its cloaca when picked or threatened.

Snakes always interpret close contact from humans as threatening gestures, so it’s a great idea to respect snakes’ territories. Snakes mostly return this gesture, as they are known to stay away from places frequented by humans. Remember that most snakes do not hesitate to bite the moment they feel threatened.

What To Do If a Copperhead Bites You in Iowa?

If a copperhead (or any other snake) bites you in Iowa, your major priority should be contacting the Iowa State Poison Control center at (800) 222-1222. They are a free resource and are available 24/7. Here is a list of don’ts to avoid while contacting the poison control center.

1. Do not attempt to suck the venom out: You’re highly unlikely to be able to suck everything out. However, the major disadvantage of attempting this is that there’s a high chance of having leftover venom in your mouth, creating a new, dangerous situation.

2. Do not cut off the bitten part: The most effective way to treat a snake bite is through antivenom. Cutting off any part of your body is a permanent, painful, and unnecessary step- not to mention how much it decreases your chances of survival. Losing large amounts of blood with snake venom traveling through you isn’t the ideal recipe for survival.

3. Do not run: Moving fast will aid the circulation of the venom. Remain calm and keep the bitten area below your chest level. Remember that the aim is to keep the venom away from your heart. Do not tie a tourniquet either, as it could worsen the already dangerous situation.

Contact the poison control center, stay calm, and do not attempt any treatments. Doctors are better equipped to treat snake bites and your priority should be getting to them.

How to Keep Copperheads Away From Your Home in Iowa

Copperheads, like most snakes, avoid humans, but that doesn’t stop them from entering yards of homes that they suspect might be abandoned. When copperheads hear or sense humans approaching, they freeze and attempt to camouflage into their surroundings instead of slithering away like most other species.

As a result, humans often do not see them and accidentally step on or near them, and as we’ve mentioned before, snakes automatically attempt to defend themselves when this happens. If you’re trying to keep copperheads away from your home, consider planting snake-repelling plants around your home. Remember that snakes like abandoned sheds, debris-filled areas, and large rocks that can give them shade. Snakes also hide in unkempt grass, so it’s important to constantly clean your environment to make it as unappealing to snakes as possible. 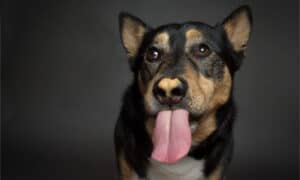