How Many Dogs Are In The World?

Irina Kozorog/Shutterstock.com
Share this post on:
More Great Content:
6 Most Beautiful Dog Breeds
Watch a Black Lab Narrowly Outswim Two…
The 9 Most Exotic Dog Breeds in…
The 10 Most Dangerous Dog Breeds in…
Top 10 Strongest Dogs
The Top 8 Oldest Dogs Ever

The world’s most popular pet is the dog; there’s no denying it. Most people know someone who owns a dog, even if they don’t own one themselves. The most popular pets in the United States are dogs, but their popularity goes beyond that.

The dog world includes a wide variety of breeds, from pets to strays to wild packs. There are many things to learn about when it comes to dogs and all of the interesting things that make them unique and appealing to people. As such popular animals, have you ever wondered just how many dogs are in the world? What is the global dog population like? Let’s find out!

How Many Dogs Are In The World?

As the first domesticated species, dogs are often referred to as man’s best friend. When we think of dogs, many of us automatically picture an adorable and friendly puppy. Did you know, however, that dogs owned by people make up only a small portion of the whole canine population around the world? There is no easy way to estimate how many dogs exist around the world today. Due to the fact that a large number of them are free-range pups, it is impossible to determine an accurate figure in a way that can really be useful.

According to the most recent estimates, there are approximately 900 million dogs living around the world at any given time. In some cases, these dogs live as wild or free dogs in the streets of towns and villages. In fact, free-range dogs make up 75%–85% of the world’s dog population. Many dogs may also be domesticated and used as working pups or enjoyed as companion pets because they are friendly and obey orders.

Data provided by the WHO estimates there to be 200 million stray dogs worldwide. In contrast to feral dogs, which have not been socialized and are not accustomed to any contact with people, stray dogs have been through a process of socialization at some point in their lives.

Let’s find out just how many breeds of dogs there are now that we know the number of dogs in the world!

How Many Dog Breeds Are In The World?

Worldwide, there are 900 million dogs, making them one of the most popular and appreciated pets. It is quite possible that even if you have knowledge of dozens of dog breeds, you are unaware of hundreds that you probably did not know existed. So how many different types of dog breeds are there in the world today? To figure that out, it is important to note that certain groups regulate the registration of specific breeds of dogs.

As a general rule, these groups are limited to the particular countries in which they operate. The American Kennel Club, for example, is a governing body based in the United States. The Kennel Club of Britain (KC), the Federation Cynologique International (FCI), and the Continental Kennel Club of Europe (CKC) are other organizations that operate similarly.

There are a number of different breed determination protocols used by each of these groups. As a result of this, each of these organizations recognizes a different number of dog breeds. It is estimated that only 197 breeds are recognized by the American Kennel Club, while 360 breeds are recognized by the FCI. In this case, it is impossible to pinpoint a specific number of dog breeds that are accepted worldwide, but there is a range of 197 to 500 breeds.

What Is The Population of Dogs Kept As Pets?

As we mentioned above, it can be challenging to estimate the global dog population accurately. Many different countries in the world show varying patterns of dog ownership, after all. We do know, however, that about 20% of the 900 million dogs found worldwide are regarded as “owned pets” by their owners.

Let’s take a look at some of the pet ownership statistics around the world:

Western Europe appears to be one of the countries where a high number of dogs are kept as pets. With approximately 8.8 million dogs in households, the French seem to be the most dog-loving people. The second and third most populated countries are Italy and Poland, with each country having 7.5 million dogs. According to statistics, Russia has the most puppies in Eastern Europe, where this figure reaches 12 million. It’s followed by Ukraine with about 5.1 million dogs.

In the African continent, there is only one country that has reliable data related to the total number of dogs living in the country. Around 9 million dogs live in South Africa, according to reports. Pet ownership in Africa is estimated at 78 million, while stray pups are estimated at 70 million. This information helps the WHO combat the rabies epidemics in Africa.

There are a number of Asian countries where owners are not required to document their dogs. Because of this, it is somewhat difficult to calculate the total number of dogs. Data indicate that a significant number of dogs reside in China, with an estimated 110 million. In India, approximately 32 million dogs are being kept in households by people. Even so, the number of stray pups is enormous, with about 20 million of them. It is estimated that about 9.5 million Japanese own dogs.

The 7 Best Books About Birds – Reviewed And Ranked 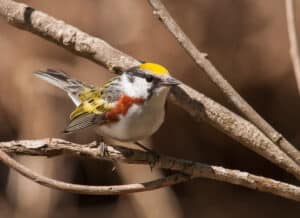 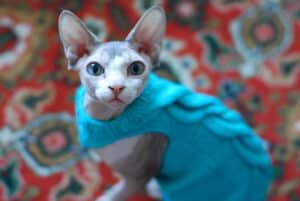