What Animals In North America Hibernate?

When an animal hibernates, it goes into a state of sleep or minimal activity. During this period, its metabolism slows down and it relies on stored energy reserves in its body and possibly stashed food. Hibernation allows many animals to survive winters, which are dark and cold, without having to migrate elsewhere or search for food under the threat of predation, injury, or death. The Winter climate in North America ranges from cold and wet to snowy and windy.

Sometimes, there’s a difference between hibernation and torpor, although they are often used interchangeably. Hibernation involves entering deep sleep and the animal not waking up under any condition. Torpor, on the other hand, is inactivity and deep sleep where the animal will wake up due to disturbance. Then there’s the fact that many hibernating mammals must wake up from time to time to eat, urinate and defecate, and it becomes hard to tell between the two states.

For this reason, some animals are said to be “true hibernators” to distinguish between those that seem to be dead (but still periodically awaken for basic needs) and those that do not.

Hibernation has become a catch-all term for any state of inactivity during certain seasons, but there are specific terms depending on the type of animal hibernating.

Additionally, some animals are known to be able to survive without oxygen while hibernating. Animals that are known as “true hibernators” may wake up every few weeks to either eat or pass waste. Furthermore, article squirrels are a mammal that can actually lower their body temperature to below freezing during times of hibernation.

Many mammals hibernate, including woodchucks and hedgehogs. But the bat is a North American mammal we don’t tend to think of hibernating. They prepare from late summer into fall by eating a lot to have fat reserves. Some bats choose to migrate to warmer areas, but most of those in the northernmost and mid-latitudes hibernate. Even before they hibernate, though, many species have to migrate to their hibernation sites in the northern United States and Canada. They can do so as early as September, hibernating with tens of thousands of other bats in caves with temperatures between 32 F and 49 F.

Compared to bears and other animals, bats are one of the few true hibernators. A hibernating bat’s breathing is not noticeable and its body is cold to the touch, with its body temperature dropping to a few tenths of a degree of the cave. Its heartbeat goes down from 400 beats a minute while awake to 25 while hibernation. Even so, bats must wake up from time to time to urinate, drink, or move to a cooler or warmer spot in the cave. They drink from the condensation on their fur or the cave walls.

Barnacles and hermit crabs are examples of crustaceans that hibernate. The hermit crab is a popular pet in North America. Although it lives in tropical climates with wet inland areas in the wild, it hibernates when the temperature drops to below 68 degrees F, but it cannot go below 62 degrees F or it will die. During this time, it hides in caves or tree roots.

As a pet, it buries itself in the cage substrate and often hibernates while molting. It will hibernate when the temperature is between 50 and 65 degrees for long periods of time and can die if the temperature is below 50 degrees F. Hibernation can go on for several weeks or even months at a time. Hermit crabs still periodically eat and drink water while hibernating.

Amphibians kept indoors as pets don’t have to hibernate, but some species need to be dormant before reproducing. They hibernate when they need to live through frost and flood, and the salamander is no exception. In order to survive the deep freeze of winter, this adaptable creature has learned to live in areas where the lower layers of the soil are permanently frozen, also known as permafrost.

Young salamanders hibernate in vegetation or rotten tree roots at temperatures no lower than 5 degrees F, and adult salamanders as low as 22 degrees F. As you might have guessed, the salamander is completely frozen while hibernating. It beats even the frog, which can survive having up to 65 percent of its body water frozen.

All reptiles hibernate. However, hibernation for reptiles is called brumation. The difference is that reptiles still drink water, although they don’t eat, and they prepare by building up both fat and sugar reserves. They also don’t need as much air.

The crocodile enters a state of brumation to avoid drought in summer while in the tropical areas it lives in. It settles in a burrow it digs in the side of a lake or riverbank and goes into a deep sleep, quickly reversing it as soon as the rains come back. Like other reptiles, it hibernates in colder temperatures due to being cold-blooded.

The earthworm relies on moisture in the soil to live. It is also cold-blooded and so cannot regulate its body temperature. When the soil gets too dry during the summer or winter seasons, it enters a state called diapause to survive. It does so by wrapping its body into a tight knot to minimize the amount of body surface exposed to the dry soil as well as secreting a layer of mucus to protect itself from drying out. It then returns to normal activity when the temperature improves.

The lungfish enters estivation when their habitat gets too hot and dry. During this time, it will go inside of moist water beds and secrete a layer of mucus, staying in a state of torpor for up to four years. It is carnivorous but stops eating during estivation.

The snail is another cold-blooded animal and so likewise cannot control its body temperature. When the climate temperature drops below 12 to 15 degrees F, which can happen anywhere from mid-October to early November, it hibernates. It enters a state of anabiosis, or suspended animation, for four to six months. As an example of how a snail may prepare, the grape snail collects and stores limestone during the summer. When it’s ready to hibernate, it buries itself in the ground and seals its shell with a piece of limestone.

It’s true, almost all birds have adapted methods for surviving winter other than hibernation, such as migration. There are one species that defies this rule, and it’s the Poorwill. Instead of migrating to warmer areas, it enters a state of torpor during the winter, which is when the flying insects it feeds on become scarce. It first prepares by eating far more insects than usual before winter comes. Hibernation can last anywhere from several weeks to several months while it hides in a patch of grass or a hollow log. Its breathing decreases up to 90% or 10 beats per minute, and its body temperature decreases down to 40 to 65 degrees F. Compare to its normal state in which its heart rate is 130 beats per minute and its body temperature is 106 degrees F.

Hibernation is a seasonal survival method for many animals in North America. Before hibernating, they prepare by eating a lot or storing food, and preparing their homes. Doing so gives them refuge and allows them to conserve energy. Those that hibernate often do so during the winter, but some species hibernate the summer.

Here is a list of some animals that hibernate in North America: 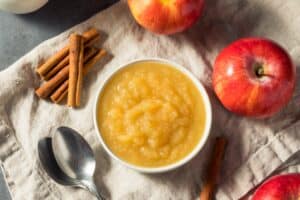