There are 25 different species! 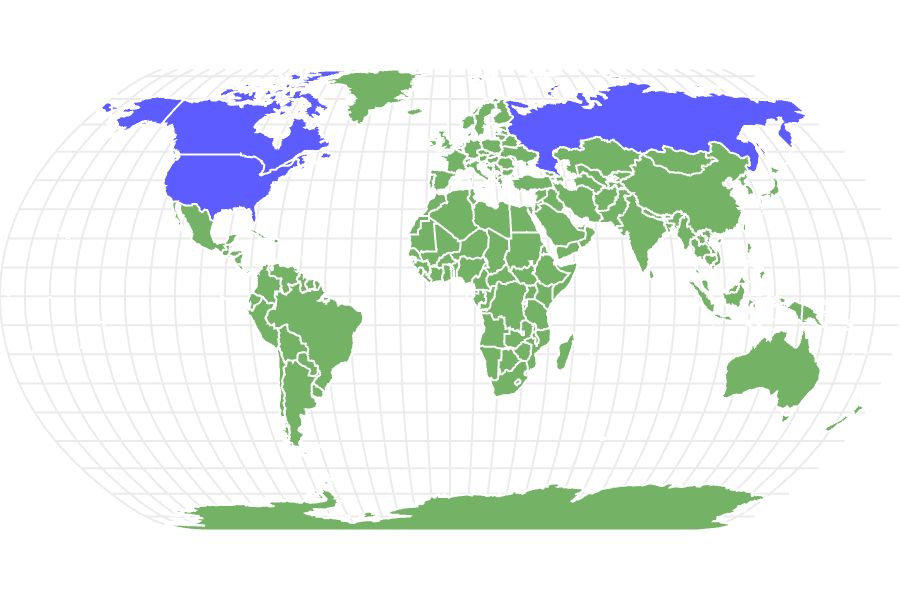 View all of our Chipmunk pictures in the gallery.

View all of the Chipmunk images!

“One chipmunk can collect 165 acorns per day.”

Chipmunks are small mammals that live in burrows, fallen logs, or in holes under houses. This rodent is the tiniest member of the squirrel family! They are omnivores eating a variety of plants and small animals. Chipmunks have a collection of chirps and other sounds they use to communicate with one another. They have a lifespan of two to three years.

Chipmunks are sometimes called striped squirrels or timber tigers. They belong to the Sciuridae family and the Mammalia class.

There are 25 species or types. Some of these include:

One of the most recognized species is the Eastern chipmunk. It has two tiny black eyes and a coat of reddish-brown fur featuring five light brown and dark brown stripes on its back. Also, this species has a light brown stripe near each ear and a dark tail. This animal’s fur can be brown, reddish-brown, or gray depending on what type it is.

This rodent uses its delicate claws to dig holes and climb trees. In addition, these animals have pouches in their cheeks that they fill up with nuts, fruit, seeds, and more. These pouches allow them to take a large supply of food back to their home after spending time foraging in the open. Understandably, the less time the animal spends out in the open, the less vulnerable they are to predators. These animals can sometimes become quite a pest in the home and needs to be removed then.

When it comes to defensive features, the dark coat of these animals allows it to blend in with its woodland habitat. Also, its speed can help this rodent to outrun some predators and find a hole to hide in.

Though chipmunks may not live right next to one another, they communicate with others in the same territory. These animals have a variety of calls or sounds that mean different things. Some chirping sounds let other chipmunks know a predator is in the area. Other chirping sounds are made by males as they compete with each other for a female. In other words, they have their own rodent language!

These rodents are solitary animals. They are only together during the breeding season. They are shy rodents that want to stay out of sight most of the time. When chipmunks do form a group, it is called a scurry.

A chipmunk is a type of squirrel so there are a lot of similarities between these two rodents. Of course, there are some differences as well.

Both chipmunks and squirrels, aka tree squirrels, are omnivores with a diet that includes seeds, fruit, bird eggs, nuts, and insects. Also, both rodents climb trees and have a forest habitat.

One of the main differences between them is their size. Tree squirrels are larger measuring up to 20 inches long from their nose to the tip of their tail. Another difference is while chipmunks have stripes down their back, tree squirrels have solid gray or brown fur.

Most of these animals live somewhere in North America. One species, the Siberian chipmunk, lives in the northern region of Asia. Specifically, wherever you find trees in North America, you’re likely to find thee animals! They can also live in fallen logs and in holes under houses. Many species live in tunnels located three feet beneath the ground.

These animals are found in a temperate climate. If they live in an area with really cold winters they will go into hibernation. However, these rodents don’t go to sleep in the wintertime as bears do. Instead, they sleep on and off while surviving on the nuts and seeds they collected throughout the warm weather months. Seeing the animal out of its shelter in the wintertime is a rare occurrence. They go into hibernation in late October and come out in March or April. Learn more about other animals that hibernate here.

These animals sometimes migrate when they need to find a place with better access to water.

These animals are omnivores. They eat whatever is most plentiful in their habitat.

Not surprisingly, These animals have a lot of predators. These include hawks, snakes, raccoons, rats, weasels, coyotes, and owls.

What do chipmunks eat?

They eat fruit, nuts, seeds, insects, snails, birds’ eggs, and frogs. It’s not uncommon to see an Eastern chipmunk and other types of chipmunks in North America chowing down at a backyard birdfeeder.

Items not eaten by the animal are stuffed into its cheek pouches and taken back to the nest to store for winter.

These animals are an important food source for many animals. So, it has a long list of predators. Some examples include hawks, snakes, raccoons, rats, weasels, coyotes, and owls. Of course, they also fall prey to housecats from time to time.

Many of these rodent’s predators are fast and live in the same type of environment. For example, a coyote may stalk a chipmunk and sneak up on it while it’s foraging in the open. A hawk can easily see the animal foraging for food on the ground and swoop down to grab it. A snake can pursue the rodent by following it into its tunnel as the rodent tries to escape.

It’s not uncommon to see these animals dead on the road. They live in the same areas as many humans, so they are vulnerable to passing cars.

Some humans think of them as pests. A pest control technician may be called in to set a trap to catch one or more chipmunks that are living in a hole beneath a home or beneath a home’s roof. The presence of chipmunk poop in the area is a sure sign that a chipmunk is occupying the space.

A pest control professional may use a trap that kills the rodent. Alternatively, some pest professionals use humane methods and trap them alive so they can be moved to another location away from the residential area.

The conservation status of the Eastern chipmunk is Least Concern. Its population is stable.

The breeding season of an Eastern chipmunk takes place twice a year. They breed from February to April and from June to August. Females release a scent when they are ready to mate. Sometimes males fight over females during this active season. One male may mate with several females. The gestation period is 31 days. As a comparison, the gestation period of the Eastern gray squirrel is a little longer at 44 days.

Most of these animals give birth to two to six live babies, also called pups. However, it’s possible for them to have up to nine pups in a litter!

A baby chipmunk or pup weighs less than an ounce. The size of a newborn animal is about the same as one jellybean! They are born blind and without any hair. The pups stay out of sight in the burrow for the first six weeks of life. They nurse from their mother during that time. The father doesn’t play a part in the care of the pups.

At about six weeks old, the pups venture out of the burrow with their mother to learn how to forage for food. The pups have a full coat of fur and can live independently at around 8 weeks old.

Chipmunks can carry fleas and ticks. These rodents can also carry diseases such as leptospirosis, salmonella, and even rabies. Chipmunks have a lifespan of two to three years.

The IUCN Red List of Threatened Species describes the population of Eastern chipmunks as, ‘abundant.’ Also, it’s estimated that there are from one to 15 chipmunks per acre depending on the area.

The conservation status of the Eastern chipmunk is Least Concern with a stable population.

Are Chipmunks herbivores, carnivores, or omnivores?

Chipmunks are Omnivores, meaning they eat both plants and other animals.

What Kingdom do Chipmunks belong to?

Chipmunks belong to the Kingdom Animalia.

What class do Chipmunks belong to?

Chipmunks belong to the class Mammalia.

What phylum to Chipmunks belong to?

Chipmunks belong to the phylum Chordata.

What family do Chipmunks belong to?

Chipmunks belong to the family Sciuridae.

What order do Chipmunks belong to?

Chipmunks belong to the order Rodentia.

What type of covering do Chipmunks have?

Chipmunks are covered in fur.

In what type of habitat do Chipmunks live?

What is the main prey for Chipmunks?

What are some predators of Chipmunks?

Predators of Chipmunks include humans, hawks, and raccoons.

What are some distinguishing features of Chipmunks?

Chipmunks have stripes on their fur and have large front teeth.

How many babies do Chipmunks have?

The average number of babies a Chipmunk has is 5.

What is an interesting fact about Chipmunks?

There are 25 different species of Chipmunk!

What is the lifespan of a Chipmunk?

Chipmunks can live for 4 to 8 years.

How fast is a Chipmunk?

A Chipmunk can travel at speeds of up to 21 miles per hour.

Chipmunk poop and mouse droppings look a lot alike. They are similar to black grains of rice. Yuck! But, looking for chipmunk poop is one way to find out whether a chipmunk is living under a house or roof.
Be sure to avoid touching a chipmunk’s poop because it can carry bacteria.

Are chipmunks bad for your yard?

The answer is: Sometimes. Chipmunks can dig up flower bulbs and chew on plants in a garden. Also, they can dig holes and tunnels in a yard. But, on the other hand, they are super fun to watch!

No, wild chipmunks want to stay away from humans. Because of their tiny size, they are afraid of almost everything.

Alternatively, someone who finds an abandoned baby chipmunk may raise it as a pet. A chipmunk that’s been raised in a household is likely going to be friendly to humans. Raising a baby chipmunk is tricky and anyone who tries it should get the advice of a wildlife expert.

Are chipmunks bad to have around your house?

Sometimes. If a chipmunk burrows a hole under a home, there’s a chance it can chew electrical wires, and this can certainly create damage. Also, chipmunks may try to build a nest in a home’s gutters and drain pipes. The leaves, sticks, and debris of a chipmunk’s nest can clog a gutter or pipe.

However, it can be very interesting to watch them climb trees and run around your yard.

Yes, they eat both plants and animals.

What do chipmunks eat?

Can you have a chipmunk as a pet?

One thing to keep in mind. A baby chipmunk may be carrying a disease. So, it’s best to consult a veterinarian or wildlife expert on how to handle this tiny animal.