What Do Voles Eat? 20+ Foods These Rodents Consume

Written by Kyle Glatz
Updated: October 22, 2022
© Andrew 3457 / Creative Commons / Original
Share this post on:
More Great Content:
See a Wildebeest Launch Itself Over Two…
Watch These Elk Ramming Cars at Yellowstone,…
An Absolutely Gigantic Moose Makes These Grizzlies…
See The Footage of The Rarest Bear…
Woolly Mammoth vs Mastodon: What are the…
This Prankster Coyote Wasn’t Ready for a…

Voles are rodents that are closer in size and shape to hamsters than they are to the similarly sounding moles. These rodents are a common sight throughout North America, but some people ascribe a mole’s characteristics to a vole, leading to a lot of uncertainty about them.  Nevertheless, these small creatures go by the name “field mice” throughout some of the United States, adding to the confusion about the nature of these tiny mammals. We’re going to clarify several elements of this rodent’s existence by asking, what do voles eat?

Discover how this rodent’s diet sets it apart from others as well as what they eat in the winter and what creatures hunt them in the wild.

What Do Voles Eat?

Voles eat plants, grass, fruits, carrion, and seeds. These omnivores are very opportunistic when finding and consuming foods, eating a variety of plant matter and even other dead rodents when they need sustenance.

Voles will eat many foods, including:

The vole’s diet is highly diverse, and that can be very helpful for these little creatures trying to survive in the wild. What do voles eat in terms of close proximity to humans? Unfortunately, many of their favorite foods happen to be lawns, plants, and crops owned by people.

The voles’ eating habits make them pests. They are very effective at eating and multiplying, creating another generation of small rodents to ruin crops and gardens, chomping on them from the bottom until the plant above flops over.

How Do Voles Find Their Food?

Voles are tiny rodents that use their strong sense of smell to find food in their living areas. If you look at the list of foods that voles prefer to eat, it’s clear that their olfactory prowess would benefit them while searching for garlic, onions, and fruits.

Yet, their olfactory prowess only tells a part of the story. Another food they eat is the bark from trees and shrubs, and their teeth are perfectly suited to this job. They will often gnaw on a tree or shrub’s bark close to the ground, gaining some nutrition when they are unable to find their typical foods, such as in the wintertime.

Voles do share one similarity with the similarly named moles: they are both great diggers. Voles can burrow into the ground for protection and to look for food. Often, they will combine these outcomes and safely find a plant’s root and eat begin consuming it from roots to the bulb to the plant stem.

Many times, the crops will look relatively fine until they collapse under their weight above the soil line after these sneak creatures have been at them.

Between their keen vision, penchant for digging, and strong teeth, voles can eat many plants throughout the year.

What Do Voles Eat in Winter?

What do voles eat when winter comes? The truth is, many of the vole’s favored foods are no longer available, so they move on to bark, roots, and seeds. The winter does not pose a problem for some voles because they simply do not live long enough. Voles live only 3-6 months on average, not long enough to see or last through an entire winter in some cases.

Unlike some animals that hibernate through the winter, voles remain active during this colder time. They often begin preparing for this difficult time of year in the fall by digging burrows and putting food away for when their common food sources become unavailable.

However, some research has shown that many voles do not store an adequate amount of food to spend the entire winter in their burrow. They need to frequently find bark, roots, seeds, and even carrion to help them stay well-fed.

If they live through the winter, they begin the process of reproducing, and that leads to a lot of problems for humans.

How Much Do Voles Eat?

Believe it or not, voles can become a serious pest problem, causing major ecological damage to farms and areas where other animals forage. Although they are small, we must consider the population density of voles when calculating their potential for ecological damage.

Considering that voles can have upwards of five litters per year each measuring between 3 and 6 offspring and that voles become sexually mature within 8 weeks, the density of voles in an acre of land can range from a few dozen to a few hundred rodents.

Voles are tiny, only weighing about 3 to 5 ounces. Yet, they can eat almost their entire body weight each day. The impact that a hundred voles could have on a single farm, consuming the roots, bulbs, and vegetables of a crop plant is massive.

Modern pest control measures often put a stop to this problem on major agricultural lands, but the potential for a lost crop at the claws of these creatures always exists.

Predators from snakes, to cats, to bids eat voles. Voles are very small rodents that are very appetizing for a lot of creatures. Partly due to their high distribution but mostly because they have few defenses, voles are a common victim of predators.

Aside from digging in the ground, they cannot fight back against larger, more aggressive creatures.

Take a look at these common vole predators:

As you can see, the vole is a very common meal for a lot of creatures. Humans also use pest control measures to kill voles before they can become a nuisance. Voles are especially vulnerable to birds of prey. They are much too fast for voles to avoid. They are not safe in their burrows, either. Weasels and snakes can climb into their burrows, leaving them nowhere to run.

To summarize the answer to the question, “What do voles eat?,” they are rodents that love to eat the roots and bottoms of many kinds of grass, vegetables, and flowering plants. As such, they’re considered a pest by humans that can tell the difference between voles, mice, and hamsters. For better or worse, these creatures are short-lived and highly likely to meet their end at the claws and teeth of their various predators. 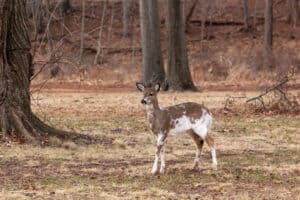 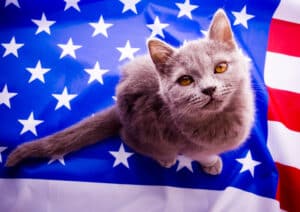