Vinicius R. Souza/Shutterstock.com
Share this post on:
More Great Content:
What Kills Ticks On A Dog Instantly?
Bugs That Look Like Ticks, But Are…
Embedded Ticks On Your Dog: How To…
8 Ticks in Arizona: Yes There Are…
Ticks in New Jersey
What Are Seed Ticks And How To…

No one wants to encounter ticks while enjoying their time in the great outdoors, whether it is on a hiking trip or a walk around their backyard. But where do ticks live? Ticks prefer moist areas with a lot of vegetation to cling to. However, there are species that can live in any environment and even your home!

It is vital to know where you and your pets are most likely to encounter and pick up a tick. These parasites are more than an inconvenience; they can also spread dangerous illnesses, such as Lyme disease and Rocky Mountain Spotted Fever. While the risk of dangerous ticks depends on the area you live in, the first step is knowing as much as possible about the ideal locations ticks are found in!

Ticks are parasitic members of the arachnid family that feed on the blood of their host to survive. There are over nine hundred species of hard and soft ticks found around the world, but only a small percentage of those seek a human host. However, many tick species may select your dog or another family pet to feed given the opportunity. There are many locations where ticks can be found; in the wild, in residential areas, or even inside your home. Knowing the possible locations you could encounter a tick in is the best way to avoid them.

Ticks In The Wild

This parasite prefers higher elevations that are warm and moist and is mostly found in wooded or grassy areas. These locations increase the likelihood of finding a preferred host. Ticks prey on a variety of animals depending on individual species, and everything from deer and squirrels to birds or even reptiles can be a preferred host.
Ticks that prey on humans and pets tend to prefer areas such as piles of fallen leaves, fallen branches or logs, or tall brush or grass.

Many ticks can also be found in residential areas, such as parks, picnic areas, and the backyard. Since ticks prefer to wait for prey to meet them, they prefer locations where they can stay hidden from animals that prey on them. Ticks are often the preferred prey for many bird species as well as small reptiles and amphibians. Therefore, a location with dense vegetation or concealment is an ideal location for ticks to seek prey.

In addition to tall grass and wooded areas, ticks may select the following locations:

Ticks That Can Live Inside Your Home

Though most species of ticks need to lay their eggs in soil outdoors, some species, such as brown dog ticks, can live their entire life cycle inside your home. Soft ticks are more commonly able to live inside the home, often entering via the skin or fur of a pet. These types of ticks can lay eggs within carpeting or even on the animal itself. This is more prevalent in a home with a rodent population. Soft ticks often share the burrow of rodents and come out at night to attach to a human or pet host.

The most dangerous ticks to humans are found in the United States and can carry a variety of dangerous diseases. However, even if a tick is not listed as one of the more dangerous species, it can make you sick if a bite is left untreated. All ticks should be treated as though they are dangerous, and you should consult a doctor if you find a tick on you.

After carefully removing the tick, make sure to place it in a sealed container. Take this with you when consulting your doctor. Treatment for illnesses is much easier for your doctor to administer if they know the type of tick that has bitten you.

The more dangerous ticks that can be found throughout the United States are listed below: 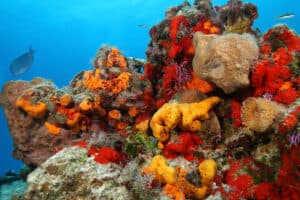