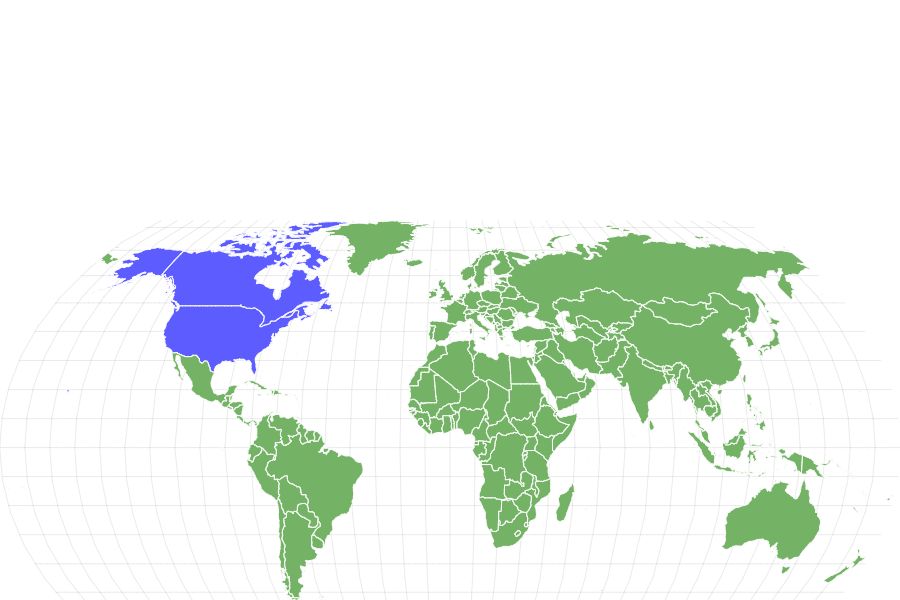 Prey
Insects, rodents, small birds, frogs, snakes
Name Of Young
Snakelets or hatchlings
Fun Fact
Some blue racers have smooth scales that are solid electric blue while others are grayish or brownish.
Estimated Population Size
1,000,000
Biggest Threat
These snakes are endangered in Canada because they are losing their field and meadow habitat to construction and farmland expansion.
Most Distinctive Feature
Its beautiful, electric blue scales
Distinctive Feature
Its ability to move at over 4 miles per hour!
Habitat
Open meadows, prairies, and pond shorelines
Diet
Omnivore
Type
Snake
Common Name
Blue racer

View all of our Blue Racer pictures in the gallery.

View all of the Blue Racer images!

A blue racer snake can move at a speed of 4.3 mph.

It’s hard to overlook the beautiful, electric blue scales of a blue racer snake. On top of that, this snake has great speed moving at over four miles an hour! It lives in North America, specifically in the northeastern portion of the United States. Blue racers are not poisonous and grow to a length of 60 inches (sometimes longer). Their habitat includes open meadows, prairies, and pond shorelines.

Where to Find Blue Racer Snake

The blue racer snake lives in North America. In the United States its range extends over several northeastern states including Wisconsin, Michigan, Iowa, Illinois, Indiana, and Ohio. This snake is also known as an eastern racer.

In addition, the blue racer is found on the eastern portion of Pelee Island in Ontario, Canada. However, they are considered endangered there.

These snakes are most commonly seen in open areas such as grassy meadows and on prairies. Their preferred habitat gives them places to hide from predators and hunt for prey.

They are not as visible during the cold weather months when they go into brumation in a den or burrow with other snakes. Blue racers emerge in March or April for their breeding season.

Countries where these snakes are found:

The blue racer snake is one of many subspecies of eastern racer snakes in the Colubridae family.

• Buttermilk racer (Coluber constrictor anthicus)-The buttermilk racer grows to about the same length as a blue racer and is not poisonous. But it lives in a different area namely the southern part of the United States (Texas, Louisiana, and Arkansas).
• Mexican racer (Coluber constrictor oaxaca)-The Mexican racer is like the blue racer in that it doesn’t have venom. However, its range runs from Texas down into Mexico and it’s shorter in length than the blue racer at just 40 inches.
• Yellow-bellied racer (Coluber constrictor flaviventris)-The yellow-bellied racer grows to around the same length as a blue racer and shares the same type of diet. However, the yellow-bellied racer’s territory lies further west in the United States extending to Montana.

Coluber constrictor foxii is the long scientific name for a long snake! The Latin word Coluber means snake and the word constrictor means drawn together. This refers to the snake’s method of killing its prey by constriction. The Latin word foxii is a tribute to 19th century wildlife collector and naturalist, Reverend Charles Fox.

The blue racer is also called an eastern racer because of its territory.

Its family is Colubridae and class Reptilia.

The blue racer snake is considered endangered in Canada due to the loss of its habitat and food source. Plus, it’s classified in Wisconsin as a species of special concern.

The IUCN Red List of Threatened Species doesn’t have specific population information on the blue racer snake. But it reports the eastern racer snake population as a whole is stable and estimated at over 1,000,000. It’s thought of as Least Concern.

The blue racer has smooth scales on its back that are solid electric blue or grayish in color. Its belly is white, or cream and it sometimes has a yellow throat.

The slender head of this snake matches the width of the rest of its body. It can be 35 to 60 inches in length as a full-grown snake.

Take a close look at the face of a blue racer and you’ll see black scales around its circular eyes. It almost looks like it’s wearing a mask.

How to identify a blue racer snake:

Blue racers don’t have venom. The fact that they are not poisonous makes them less dangerous than a lot of other snakes in North America like the timber rattlesnake or the eastern coral snake. But, not so fast! The bite of a blue racer snake is said to be very painful.

A bite wound from a blue racer snake usually causes quite a bit of bleeding. So, when providing first-aid for a bite, firmly hold a soft cloth on the wound to stop the bleeding. Next, wash the wound with soap and water. Cover the wound with a clean bandage and monitor it as it heals. Sometimes infection can develop due to bacteria from the snake’s bite or dirt that gets into the wound.

If redness or swelling occurs, go to a medical professional to have the bite wound examined. You may need antibiotics for an infection.

The speed and timid nature of these snakes makes them a rare sight. If it sees a human approaching, this snake can easily slither away to hide beneath a pile of brush or in a burrow.

People living in the territory of this snake can take steps to increase their chances of seeing one. Someone who has property near a grassy meadow or field may want to leave a few areas of tall grass on their property. These areas are attractive to blue racer snakes. Just think of all the places to hide! Plus, encouraging blue racers can contribute to decreasing the rodent population near your property.

No, blue racers don’t have venom.

How do blue racer snakes hunt?

These snakes use their speed to pursue prey on the ground or in the trees. After biting a mouse or bird, the blue racer wraps around it, constricting its breathing until it’s dead.

No, these snakes are most likely to slither away from a threat!

Where do blue racer snakes live?

They live in North America including on Pelee Island in Ontario, Canada and in the United States.

What do blue racer snakes eat?

Frogs are in the diet of this beautiful electric blue snake along with rodents and lizards. They sometimes eat smaller snakes, too.

A juvenile blue racer starts out eating a diet of crickets, beetles, and other insects.

In which states can you find a blue racer snake?

Wisconsin, Michigan, Iowa, Illinois, Indiana, and Ohio are all states where they are found.

How fast is a blue racer snake?

Can you have a blue racer snake as a pet?

Yes, it’s possible. In fact, it may be tempting to get one as a pet because of its beautiful electric blue scales. But, while you can have one as a pet, it’s not recommended.

The blue racer can have a nervous temperament which means it may bite. Also, this reptile needs a lot of space to move around. Not surprisingly, they are prone to escape an enclosure and are very difficult to catch because of their speed and ability to slip into narrow places. A pet blue racer that escapes is likely to die outdoors.

How much is a blue racer snake?

Why is the blue racer snake endangered?

These snakes are endangered in Canada because they are losing their field and meadow habitat to construction and farmland expansion.