Click through all of our Barb images in the gallery. 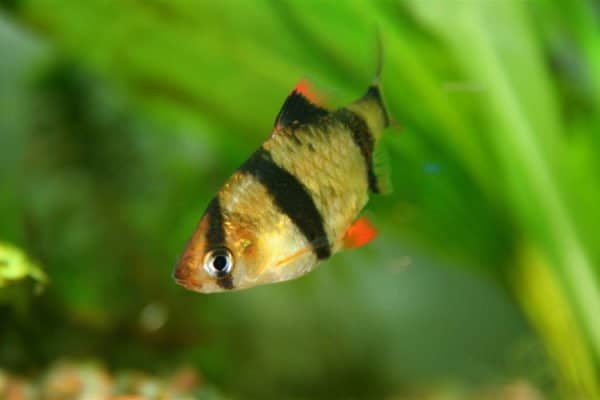 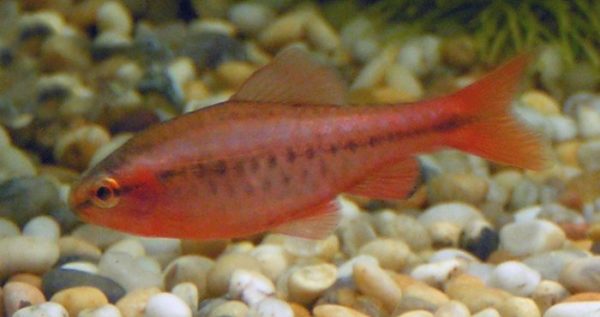 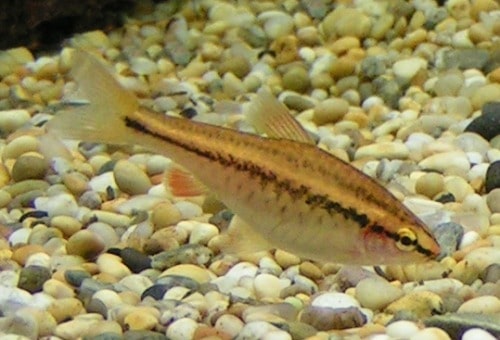 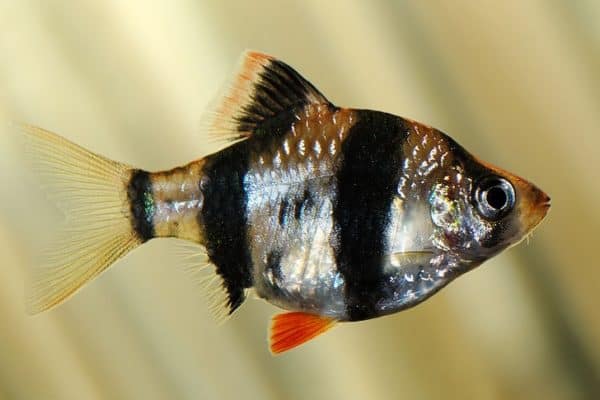 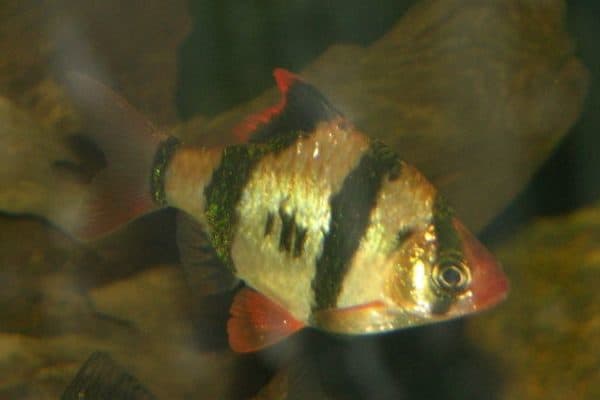 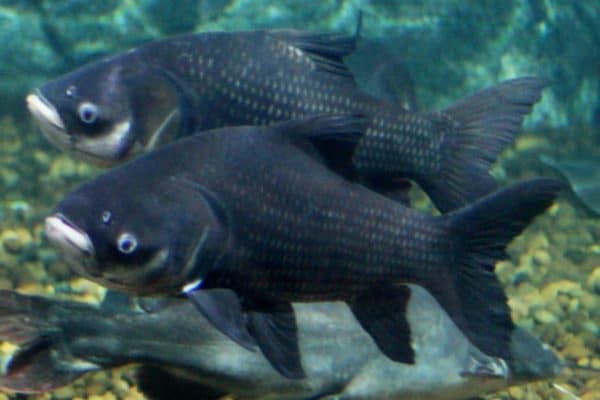 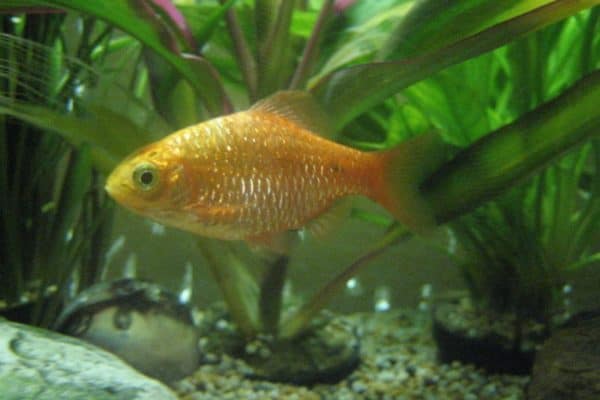 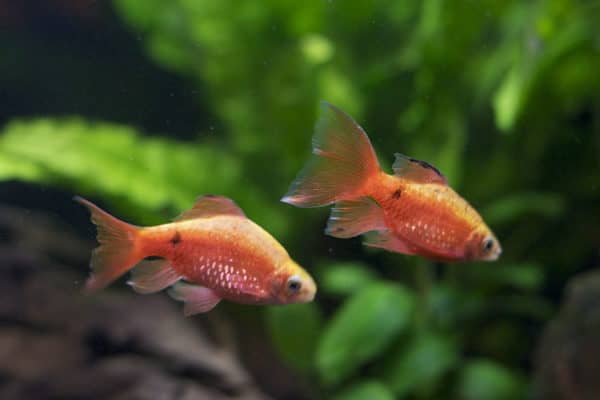 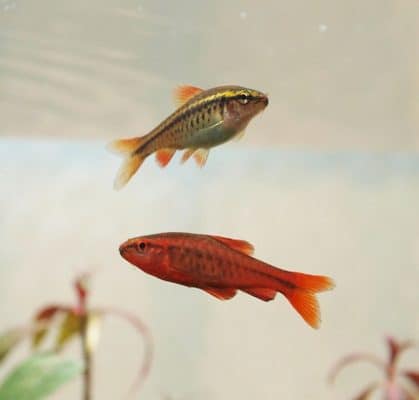 View all of the Barb images!

Barb are a small sized group of fish that are naturally found in the freshwater rivers and lakes across the southern hemisphere. There are over 2,000 known species of barb in the world inhabiting the freshwater regions of Asia, Africa and South America.

The barb fish is often referred to as a freshwater shark, due to the fact that barb are one of the few species of freshwater fish to have rows of teeth in their mouths. Despite their small size, barbs are known to be ferocious hunters and are dominant predators in the world of small fish in their natural environment. Barb do only prey upon the fish that are smaller than them, but also on medium sized fish that can sometimes be double the size of the barb.

Due to their small size and bright colours, barb are commonly kept in household aquariums worldwide. The most common barb kept in aquariums are the cherry barb (pink/red in colour) and the tiger barb (silver body with thick, black stripes and red fin on its belly).

Barb are known to be relatively hardy fish and can easily adapt to changes in the water including changes in pH levels and temperate. It is known that barbs can successfully inhabit unheated tanks, and although this has proved to be successful in many cases, it is not recommended as barb are naturally found in warmer tropical waters.

Due to their aggressive and dominant nature, it is not ideal to keep barbs in artificial tanks with smaller species of tropical fish. At the same time, barb will also hunt medium sized fish if there is a lack of food, and so are best kept on their own (just barbs) or with much larger species of fish.

Barbs are known to lay numerous eggs in order for a few to hatch successfully. The baby barb are called fry and generally hatch within a few days of being laid. Like their hardy barb parents, the barb fry are able to adapt well to changes in their surroundings.

Barbs are opportunists and will therefore eat almost anything that they can find. Although barbs prefer a predominantly meat based diet that includes smaller fish, insects and bloodworm, barb are also known to eat aquatic plants particularly those that are softer and therefore easier to ingest. The exact diet of the barb however, depends on the species and the region in which it inhabits.

Are Barbs herbivores, carnivores, or omnivores?

Barbs are Omnivores, meaning they eat both plants and other animals.

What Kingdom do Barbs belong to?

Barbs belong to the Kingdom Animalia.

What phylum do Barbs belong to?

Barbs belong to the phylum Chordata.

What class do Barbs belong to?

Barbs belong to the class Actinopterygii.

What family do Barbs belong to?

Barbs belong to the family Cyprinidae.

What order do Barbs belong to?

Barbs belong to the order Cypriniformes.

What genus do Barbs belong to?

Barbs belong to the genus Barbus.

What type of covering do Barbs have?

Barbs are covered in Scales.

In what type of habitat do Barbs live?

What is the main prey for Barbs?

What are some predators of Barbs?

Predators of Barbs include fish, birds, and reptiles.

What are some distinguishing features of Barbs?

Barbs are easily adaptable and have rows of teeth.

What is the average clutch size of a Barb?

What is an interesting fact about Barbs?

What is the scientific name for the Barb?

The scientific name for the Barb is Barbus Barbus.

What is the lifespan of a Barb?

What is the lifespan of a Barb?

What is the optimal pH for a Barb?