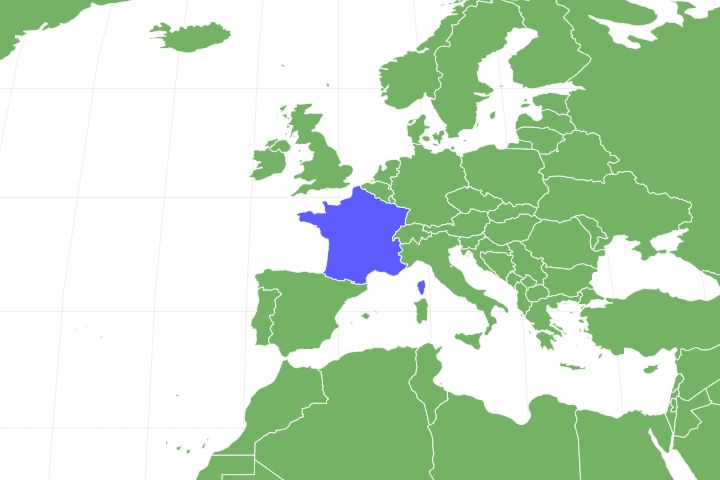 Berger Picard as a Pet:

View all of our Berger Picard pictures in the gallery.

View all of the Berger Picard images!

The Berger Picard, also known as the Picardy Shepherd, is a lanky herding dog with a big, generous spirit. It hails from the region of Picardy in northern France, where the dog plied its trade helping the French farmers and cattlemen to herd and guard their livestock. Some of its history is still shrouded in mystery, but it’s thought that this breed descended from the stock of deep antiquity, perhaps brought to the region by the Celts of central Europe thousands of years ago. Some people place its origins even later in the 9th century AD.

By the turn of the 20th century, as the tranquil plains of Picardy became the site of the most ferocious fighting of World War I, this breed was nearly driven to extinction. But thanks to the valiant effort of dedicated breeders, it made a swift comeback in its native France. While less well-known in the United States, the American Kennel Club finally awarded it full recognition in 2015.

The Berger Picard is one of the more distinctive bearded scruffy dog breeds. It’s characterized by long, slender legs, erect ears, a long snout, and curled tail. The harsh waterproof coat, which features a very short but dense undercoat, comes in fawn and brindle colors. Brindle means it has dark streaks or flecks all over its body.

3 pros and cons of owning a Berger Picard

The Berger Picard is a medium-sized, muscular dog with an elegant frame. Males tend to be slightly larger than females.

Perhaps on account of its herding origins, the Berger Picard is a very healthy breed with a lifespan of 12 to 13 years. It is prone to several diseases, including progressive retinal atrophy, cancer, and a developmental disorder known as hip dysplasia, in which the joint fits poorly in its socket, causing lameness and pain. In order to maintain the health of this line, trusted and reputable breeders will have their dogs certified by hip and eye specialists to prove they’re free of some inheritable issues.

Owners will also need to schedule regular vet visits throughout the entire dog’s lifetime, particularly as it grows older. In summation, these are the most common health problems with the Berger Picard:

Health and Entertainment for your Berger Picard

The Berger Picard has a well-balanced personality. It is simultaneously lively but serious, assertive but obedient, alert but easy-going. They bond deeply with family and like to spend a lot of time with people, though they are wary of strangers. They also like to vocalize and bark but not excessively so. Keep in mind this is a working dog, not a toy or lap dog.

Owners will need to provide this energetic and intelligent breed with plenty of mental and physical activities throughout the entire day. If they grow bored, then they might engage in destructive behavior, turning your home into a playground.

How to Take Care of the Berger Picard

The Berger Picard is probably not a good choice for casual or inexperienced owners. It will require patient training, lots of activity, and devoted attention. While it was originally bred to work in outdoor rural environments, this breed can do surprisingly well in smaller urban homes, provided it receives enough exercise every day.

The Berger Picard will need around 2 to 3 cups of high-quality dog food every day. Whether homemade or commercially available, make sure the food has enough calories and nutrition to support the dog’s active lifestyle. Both age and size should factor into its diet as well.

The Berger Picard will need to be brushed maybe once a month – more often, perhaps every day or two, in the shedding season – with a rake and slicker brush. Some attention should be paid to the bearded face as well. This should remove most dead and loose hair before it gets on the furniture, clothing, and the floor.

The coat is fairly weatherproof and needs to be bathed only rarely with a special shampoo formulated for coats of this kind. No trimming is necessary, but the long fur on the ears should be hand stripped from time to time. In addition, owners should never neglect other aspects of its care. Brush its teeth often with specially formulated toothpaste. Check the ears every few weeks for signs of infections and wax buildup. Finally, trim the nails regularly so they don’t split or crack easily.

The Berger Picard has a very intelligent and eager nature, making it a highly trainable breed. While it may frustrate trainers a little with its stubborn and independent streak, this breed does respond very well to praise and affection, though slightly less well to food inducements. Keep the dog motivated with consistent but creative training and it will reward you many times over.

The Berger Picard is a gifted athlete with immense reserves of stamina and drive. It probably needs at least 45 minutes of exercise every day. Long walks should satisfy many of its exercise needs. It also enjoys accompanying its owner on hikes and bike rides, as well as swimming, fetching, tracking, agility trials, flyball, and obedience challenges.

Berger puppies will need to begin training and socialization as early as possible. Because of their natural wariness of strangers, these puppies will benefit from classes and daycare to help put them at ease around all kinds of unfamiliar people and pets. There is also plenty you can do on your own to socialize your dog, including parks, play dates, and other opportunities.

Crate training, while not mandatory, can help your dog deal with housebreaking and behavioral issues. Keep in mind this is a herding dog; it has strong herding instincts that may be managed with proper training but never entirely eliminated.

The Berger Picard and Children

The Berger Picard gets along fairly well with children of all ages. It has a lively, affectionate, and playful temperament with a well-developed sense of humor and personality. However, because of its strong herding instinct, it may have a tendency to start herding kids. This breed should do best if it’s raised with children from an early age and properly trained to behave well around them.

Dogs Similar to the Berger Picard

The Berger Picard resembles many smooth-haired or scruffy dog breeds from the same region.

The Berger Picard is not very well-known outside of France, but it has appeared in a number of smaller films. The most notable appearance was probably the 2005 film “Because of Winn-Dixie,” starring Anna Sophia Robb and Jeff Daniels. Two dogs named Lyco and Scott took turns playing the role of the main character Winn-Dixie. Another Berger named Beegee won the Best in Show and herding group awards at the 2020 American Kennel Club National Owner-Handled Series.

Popular Names for the Berger Picard

If you haven’t yet settled on a good name for your new dog, then you might want to consider one of the following options, many of them French-inspired:

How much does a Berger Picard cost?

The price of a new puppy will depend on the quality of the breeder, the pedigree and heritage of the dog, and the overall availability of the breed. For a typical household pet without any particularly special pedigree, you should probably expect to pay somewhere in the range of $2,000, perhaps more, from a high-quality breeder who really has the health and well-being of the dog in mind.

If you cannot afford this price, then there are still some good options available to you. What you should never do is settle for a dog raised by a puppy mill or untrustworthy breeder. While it might be cheaper upfront, you’re definitely rolling the dice in terms of health issues and breed standards. Instead, you should consider dog adoption. The price is generally reasonable, and these dogs are in need of a good loving home. To help guide you through the process, there are a few good breed-specific organizations willing to assist with rescue and adoptions. For instance, the Berger Picard Club of America offers a service to rehabilitate and rehome rescue dogs.

Yes, given its long coat, the Berger Picard does a fair amount of shedding. It loses the entire coat at least once a year in the spring and summer. Regular grooming will be required to remove loose and dead hairs from the coat.

How big does a Berger Picard get?

This breed can easily grow up to 25.5 inches at shoulder height and weigh up to 70 pounds.

How many Berger Picards are there in North America?

It is estimated that there are no more than few hundred Berger Picards across all of the United States and Canada. Since this is a rare breed, don’t expect to just stroll into a kennel and pick one up for adoption. It will require doing some homework, as well as time and patience. Getting in touch with a breed-specific rescue organization is probably your best bet. You can also find a registered list of breeders from a Berger club or other kennel club like the AKC.