Mia2you/Shutterstock.com
Share this post on:
More Great Content:
Discover the One Place on Earth that…
Alligator Population By State
All About Alligator Alley: A Scenic Route…
The Top 9 Largest Alligators Ever
The Biggest Alligator Ever Found In Louisiana
Discover the Most Alligator Infested Lakes in…

If you are no expert in reptiles, it might be very hard to distinguish alligators from crocodiles, especially when the two species do not only look very much alike but also can be spotted in almost the same habitats.

Alligators and crocodiles are among the strongest and most terrifying predators in the wild because they possess notoriously strong jaws and numerous sharp teeth and are both robust hunters on land and in water.

In short, alligators and crocodiles can attack anything they want and whenever they want to, may it be birds, rodents, fish, or snakes.

Alligators and crocodiles are both under the family Crocodilians, which includes all species of crocs, gators, and caimans.

Despite the similarities between the two largest reptiles in the world, many differences exist in their appearance, strength, bite force, habitat, and more.

But since they look almost the same, we can’t help but think: can crocodiles and alligators mate?

We all know that different species of one family can sometimes mate and produce a hybrid, but can crocodiles and alligators do that?

Below, we will explore the differences and similarities between crocodiles, if they can mate or not, and other interesting facts.

The quick answer is no. Despite having a similar appearance, they are genetically too different, and although related, they long ago diverged into different genera. Alligators and crocodiles belong to different subspecies (Alligatoridae and Crocodylidae).

Thus, their genetic differences make it impossible for them to have progeny. So you may stop expecting and cross “crocogators” from your list because it won’t happen anytime soon!

It is, however, possible for crocodiles to breed with one another, and it is currently occurring in Cuba due to cross-breeding between American and Cuban crocodiles.

However, scientists are concerned that this occurs because it could lead to the extinction of the two separate species and leave just the one crossbred species.

Why Can’t Crocodiles Mate with Alligators?

The chromosome disparity prevents many animals from breeding with each other even though they belong to the same family. In order for two animals to produce viable offspring, each parent has to have an even number of chromosomes. The horse, for instance, has 64 chromosomes, while the donkey possesses 62.

A horse and a donkey can mate and produce an offspring because both parents have an even number of chromosomes. However, the resulting baby (a mule) is a hybrid and will only have 63 chromosomes and is therefore sterile.

The issue of mating is related to an animal’s genetic makeup in addition to chromosomes, and they cannot have offspring if the DNA they carry does not match. For crocodilians, there is insufficient genetic similarity among crocodiles, alligators, and caimans for any one of the three to have a successful progeny with one another.

Additionally, habitat and dietary variations would make it challenging for any hypothetical progeny to survive.

Can Alligators and Caimans Mate?

Alligators and caimans are also related, making us wonder if these two animals can breed. Although they are both reptiles, they differ greatly genetically and physically. The caiman, for instance, lacks a bone septum between its nostrils. In comparison to alligators, their teeth are also longer and more pointed. As a result, the two species cannot reproduce together.

What is a Crocodile Hybrid?

There have been records of a crocodile crossbreed that have been worrying scientists for some time now. Crossbreed offspring produced by mating Cuban and American crocodiles pose a threat to the Cuban species’ existence, which has declined to only 4,000 wild animals in two independent Cuban swamps. The International Union for Conservation of Nature (IUCN) has placed the ten-foot-long reptile on its severely endangered species list.

The IUCN does not classify American crocodiles, which are present throughout the Caribbean, as threatened. Due to agricultural practices, the last surviving freshwater habitat of the Cuban crocodile has seen an increase in animal activity. The Cuban crocodile is perhaps the most terrestrial of the crocodile species, and unlike other crocodiles, it walks instead of wallowing on its belly.

This shows that the breeding between the American and Cuban species occurs more often than previously believed. Genes mix when distinct species mate to produce crossbreds; eventually, one lineage may drive out the other.

Are Crocodiles and Alligators Different?

Given that they are members of the same evolutionary group, alligators and crocodiles are sometimes mistaken for one another. They both resemble lizards and are enormous reptiles with elongated snouts, long tails, stubby legs, thick skin, and massive teeth. However, these two species are different in so many ways. For one, alligators live exclusively in freshwater, while crocodiles can live both in fresh and saltwater.

Although each animal lives in other areas as well, alligators and crocodiles share a tiny area of the United States but have distinct ranges and habitats that only temporarily cross. Alligators are only found in the southern United States and China, while crocodiles are spread throughout Central America, South Florida, Egypt, Asia, Oceana, South America, and 25 other African countries.

Furthermore, alligators love to reside in freshwater habitats, including marshes, rivers, lakes, wetlands, and ponds. In contrast, crocodiles may survive in lagoons, islands, rivers, mangrove swamps, and lakes because they are more tolerant of saltwater. Both species of reptiles are drawn to Florida because the environment combines these two ecosystems that draw them, allowing them to interact in this little part of the planet.

Discover the Highest Point in Oklahoma 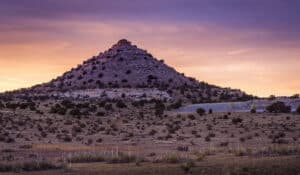