Malurus Splendens, Malurus cyaneus, and others

They forage in groups 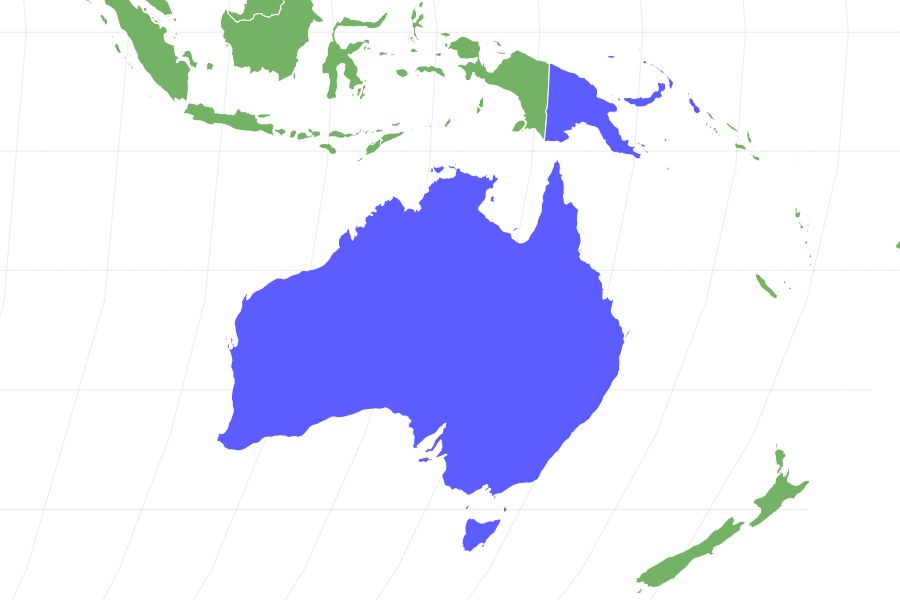 View all of our Fairy-Wren pictures in the gallery.

View all of the Fairy-Wren images!

One of Australia’s most well-known birds.

The fairy-wren is well known across Australia for its striking plumage, promiscuous mating behaviors, and clever foraging tricks. Most exhibit high degrees of sexual dimorphism, and males produce vivid colors during the breeding season, which they like to show off and gain popularity amongst females. Learn about these fascinating birds, including where they live, what they eat, and how they care for their young.

Note: There are three spelling variations for the fairy-wren: fairywren, fairy wren, and fairy-wren. All are correct and used interchangeably. For the sake of consistency, we will be using “fairy-wren” throughout the article.

Where to Find the Fairy-Wren

Fairy-wrens are endemic to Australia and New Guinea, inhabiting most of the Australian continent. Their exact location depends on the species. For instance, the superb fairy-wren occupies the Southeastern portion of Australia, near Victoria and New South Wales. In contrast, the red-backed fairy-wren lives in parts of Queensland and the Northern Territory. All fairy-wren species are sedentary and do not migrate.

Some species, like the splendid fairy-wren, prefer to live in arid or semi-arid environments like dry, shrubby areas, while the superb fairy-wren likes to live in wet and fertile woodlands. Most species need to have at least some dense undergrowth for shelter. These areas include grasslands, moderately thick forests, woodlands, heaths, and domestic gardens. These birds are easy to spot. They have bright, bold colors and forage in groups on the ground or in low-lying shrubs.

Females build their nests in tightly packed low-lying shrubs and construct them with dry grass, bark strips, fine twigs, and spider webs. They line the inside with wool, feathers, and animal hair.

The fairy-wren belongs to the Aves class, encompassing all birds. Their order, Passeriformes, includes more than half of all bird species like perching and songbirds. Their family name, Maluridae, refers to small insectivorous passerine birds endemic to Australia and New Guinea.

There are at least 15 fairy-wren species:

The fairy-wren is a small, long-tailed bird between five and six inches long, weighing 0.2 to 0.4 ounces. On average, their wingspan is 12 to 14 inches long. These wrens exhibit sexual dimorphism, meaning males and females look different. Males also molt into different colors during the first breeding season after hatching. Breeding males have bold, distinctive colors like deep indigo, violet, and red. Non-breeding males are mainly brown, with some light colors in their wings and tails. Females look more closely like non-breeding males, often with light-brown bills and eye patches. But both sexes molt in the autumn.

Fairy-wrens are often noted for their active and restless feeding behavior, constantly bouncing and hopping. They use their large tails for balance while they feed and happily sing. These birds are highly social; they rest, shelter, and eat together. Most females mate with multiple group members, taking turns caring for their young.

Fairy-wrens are mainly insectivores who forage on the ground or in shrubs.

What Does the Fairy-Wren Eat?

These birds predominantly eat insects, but their diets include a wide range of small creatures (arthropods) like ants, crickets, spiders, grasshoppers, and other bugs. They also supplement their diet with seeds, fruit, and flowers. Fairy-wrens “hop-search” on the ground, shrubs, or occasionally in flowering gum canopies. This foraging behavior renders them vulnerable to predators; they stick close together in groups. Their nestlings eat grasshoppers and caterpillars. This diet has larger creatures than what the adults consume.

What Eats the Fairy-Wren?

Most of these birds have striking colors like deep indigo, bright baby blue, and scarlet red, which makes them susceptible to predators. Their natural predators include magpies, kookaburras, crows, ravens, and butcherbirds. When predators are nearby, most fairy-wrens cover themselves in thick shrubs with prickly branches. Some species, like the blue fairy-wren, may eavesdrop on other birds to learn when predators are close.

The fairy-wren is socially monogamous but participates in a polygynandrous mating system. Pairs bond for life, but both sexes are promiscuous and regularly mate with other individuals. The female and her primary mate raise the young, but her other mates help. Breeding occurs from spring to late summer, and the female lays three to four eggs on average. Due to their extended breeding season, they may lay two or more broods.

The eggs hatch around two weeks, and all members of the mating group will assist in feeding the nestlings for another two weeks. The fledglings are independent after 40 days. They will stay in the group for at least one year. Afterward, they may find another group to join or remain in the original group and care for their own broods. Males undergo annual molts during winter and early spring, preparing to attract females with their new flashy colors.

Almost all fairy-wren species have stable populations, except for the purple-crowned, red-winged, broad-billed, and Wallace’s fairy-wrens. They are not threatened but have downward trending numbers. The totality of their population is unknown; their numbers seem stable without proper evidence.

Does the fairy wren migrate?

All species of fairy wrens are nonmigratory, meaning they are year-round residents in their environments.

How many eggs does the fairy wren lay?

On average, fairy wrens lays around 3 to 4 eggs.

How do you find the fairy wren?

The fairy wren can be found anywhere with dense vegetation, such as grasslands, thick forests, woodlands, and gardens. Some species, like the Superb fairy wren, have adapted well to urban and suburban areas.

What time of year is best for finding the fairy wren?

Fairy-wrens are fairly active year-round, but you may see an increase in activity from September to February.

What color is the fairy wren?

These birds vary in color. They can also change colors from dull brown to bright indigo, purple, or red.

What eats the fairy wren?

What threatens the fairy wren?

The biggest threat to fairywrens is habitat loss from forest degradation, mainly due to wildfires and overgrazing from feral herbivores.

How long does the fairy wren live?

Most fairy-wren species only live up to five or six years. However, some pairs are known to live as long as 12 or 13.