A group of these birds is called a Murder. 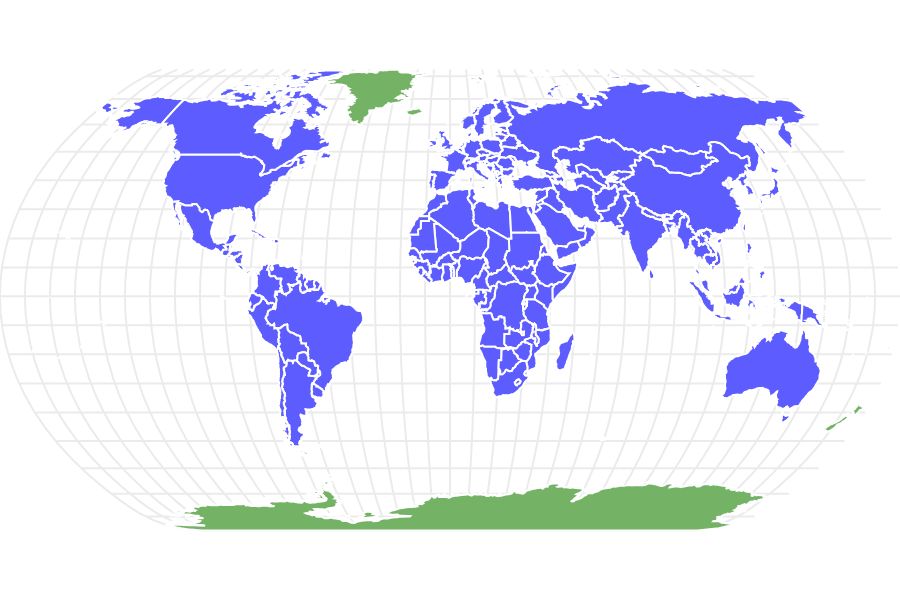 View all of our Crow pictures in the gallery.

View all of the Crow images!

Crows are best known for their solid black feathers and signature ‘caw’ sound. These birds are omnivores eating everything from insects to seeds. They’re highly intelligent birds.

Where to Find Crows

They’re likely to be seen flying over open areas including fields and grasslands. While some birds are fairly quiet, these black birds are known for their loud sounds. While their most notable sound is a caw, they can coo or even rattle. Its sound makes identification even easier.

Many of these birds are adaptable to living in a temperate climate. Alternatively, some migrate a long distance to reach warmer temperatures. Spring and summer are the best seasons to see them.

They have their young in the springtime. Both males and females construct a cup-shaped nest made out of sticks. They are usually found about 20 feet up in a tree.

Its scientific name is Corvus brachyrhynchos. The Latin word Corvus refers to its genus while the word brachyrhynchos means short-billed. They belong to the Corvidae family and the Aves class.

There are over 40 species living throughout the world. Some of those include:

Its 36-inch wingspan means this bird prefers to fly in open areas. They measure from 16 to 20 inches from the tip of the beak to their tail feathers. They weigh 11 to 21 ounces.

This bird’s black feathers make it highly visible. Fortunately, they have ways to protect themselves from predators.

These birds travel in a group sometimes called a Murder. Normally, a group contains around 10 birds, but there can be a lot more. They use different calls to alert others of predators in their habitat.

Another way they protect themselves is by having a sentry. A sentry is one crow in the group that watches for predators while the others eat. So, if danger is near, there’s always a bird on guard to send up a warning sound.

Observe a crow and a raven side by side and they look very similar. It’s not unusual for the two to be mistaken for one another. Both birds have solid black feathers. In addition, they have black eyes as well as a black beak and legs. Plus, both of these birds have a distinctive call. But, despite their commonalities, there are some basic differences between them.

The most obvious difference is size. Ravens are larger than crows. Ravens are 22 to 27 inches long and weigh 24 to 57 ounces. A raven also has a larger wingspan at up to 46.5 inches. A raven’s beak is longer and more curved than a crow’s beak.

Looking at the behavior of these birds also helps with identification. Crows move around in groups of ten or more whereas ravens are less social traveling in pairs. A crow makes a caw sound whereas a raven makes a harsh gurgling sound. In terms of diet, ravens eat carrion and insects. They don’t have a taste for fruit.

There are some species that migrate while others stay in the same place year-round. Migrating crows travel in large groups sometimes containing dozens of birds. They start to move out of a cold weather climate in the fall and return in the spring.

Not only do some of these birds migrate to escape the cold weather, but they also leave in order to breed in a place with a larger food supply available.

Crows have an omnivorous diet. These birds can find food in almost any environment.

What do crows eat?

They eat insects, seeds, fruit, fish, and carrion. They also eat leftover human food from trash cans. For a complete analysis of the crow’s diet, make sure to read ‘What Do Crows Eat: 15-Plus Foods they Love.’

They have a few predators including hawks, owls, eagles, and coyotes. Many of its feathered predators are larger and faster than the crow. Also, these birds of prey steal eggs.

Crows are known to eat animals that have been killed on the road. This puts them at risk of being attacked by coyotes.
Humans are also considered predators of these birds. They’re sometimes poisoned by farmers who think the birds are stealing seeds.

Another threat to these birds is the West Nile virus. The disease is spread by infected mosquitoes and some birds die within a week of getting it.

Despite these threats, this bird’s population is increasing. It’s displayed as Least Concern by the IUCN Red List of Threatened Species.

These birds lay their eggs in the spring. A female lays three to seven eggs. During the 18-day incubation period, the male brings food to the female. The baby birds can start to fly at four to five weeks old. At two months old, the baby birds or chicks, leave the nest.

The lifespan of this bird is six to ten years, but some have lived much longer.

Their population is listed at 27 million. The IUCN reports this bird’s population as increasing and has categorized them as Least Concern.

Some species migrate a long distance to warmer climates while others stay in the same habitat throughout the year.

How many eggs does a crow lay?

It lays three to seven eggs.

How fast does a crow fly?

What is this bird’s wingspan?

Its wingspan is 36 inches.

When do crows leave the nest?

Baby crows or chicks, leave the nest at two months old. But a baby may find a place to live nearby.

What does this bird eat?

What’s special about a crow?

They have the ability to put together cause and effect.

Why do crows caw three times?

The sound of three caws usually means the bird is alerting others of danger nearby.

Yes. When a group is eating, one crow serves as a guard or sentry for the others.

What do crows talk about?

One of the most interesting facts about this bird is it seems to have a sound to communicate almost everything. They may caw to each other when there’s a predator nearby, when the group is ready to fly or when they are trying to find mates.

Where do crows sleep?

They sleep in the top branches of trees. This is called a roost and can contain dozens of birds or even a hundred thousand!

How smart are crows?

Very smart! A group of crows in Japan was observed dropping nuts from telephone lines above a busy street. When a car runs over the nutshell and cracks it, a bird flies down to retrieve the delicious nut!

Is this bird a good pet?

No. These birds typically fly 40 miles each day around their habitat. They wouldn’t be happy as a pet.

What does it mean when black crows are around your house?

According to myth, this is a sign of bad luck. But, in reality, when you see crows flying around your house it’s likely to mean they’ve have spotted a group of tall trees to roost in. Or they’ve found a large food source in the area.

Crows don’t make good pets because they get bored and unhappy when confined.

What are the differences between magpies and crows?

The main differences between magpies and crows are appearance, color, nesting, and behavior.

Would crows win the fight with an owl?

The battle of owl vs crow is an interesting one. One-on-one the owl would likely win the fight. But, owls are solitary and crows tend to form groups. A murder of crows might be too much for one owl to handle!