The false killer whale looks like a cross between a dolphin and orca!

Click through all of our False Killer Whale images in the gallery. 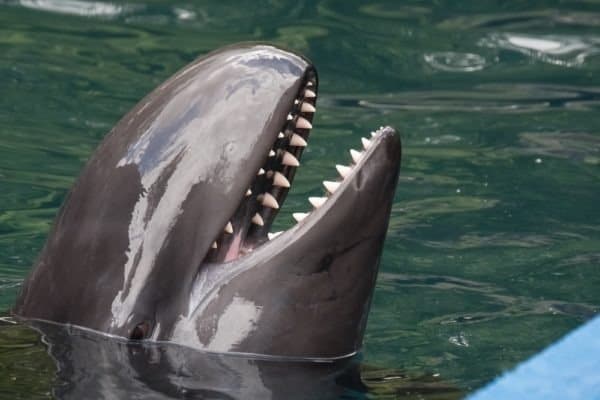 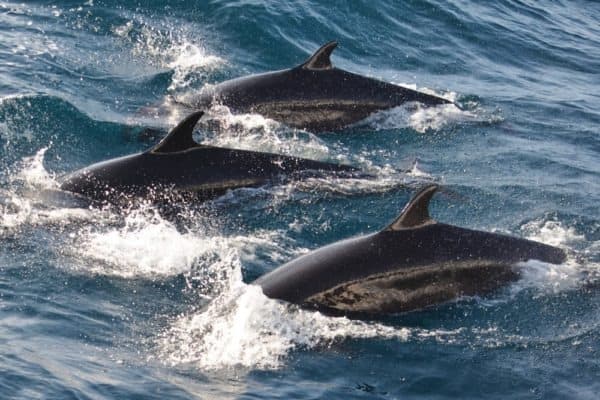 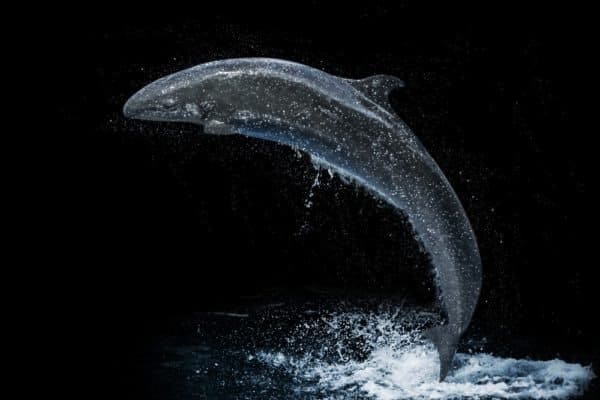 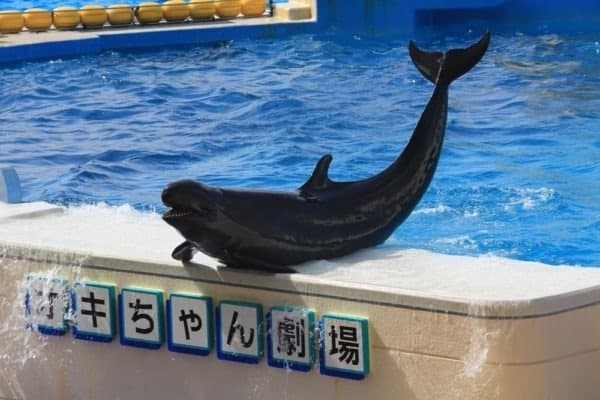 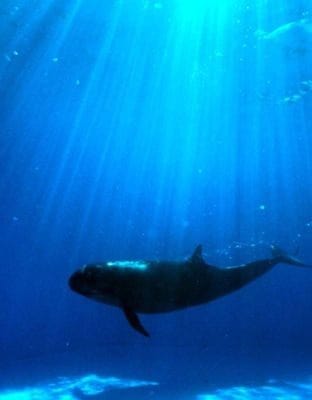 View all of the False Killer Whale images!

The false killer whale is a fast and agile swimmer, a peak predator, and a highly intelligent and social animal.

The name obviously arises from the similarities between orcas and false killer whales. Until 1862, early taxonomists classified both species within the same genus. Despite the name, this species is sometimes mistaken for the bottle-nosed dolphin or short-finned pilot whale. It is now under threat in certain parts of its range.

The scientific name of these animals is Pseudorca crassidens. Pseudorca obviously means pseudo (or false) orca, while crassidens means thick toothed in Latin. The false killer whale is the only currently living member of its genus (although two more species are known from the fossil record). It belongs to the family of Delphinidae, making it closely related to oceanic dolphins and orcas.

Obviously, as a cetacean, this is a type of mammal to its core, because it gives birth to live young and produces milk. The cetaceans actually evolved from hoofed mammals some 50 million years ago. An early cetacean ancestor probably looked like the modern deer-like chevrotain, but the hippos are the closest living relative.

These animals actually looks a bit like a cross between a dolphin (with its rather sleek, ergonomic body) and a killer whale (because of the rounded head with no beak). Nevertheless, you probably wouldn’t mistake them for an orca. The false killer whale has a much smaller dorsal fin and a distinct curved hump on the flippers. And instead of the black and white coloration of the orca, the false killer whale has a black or dark gray coloration with a streak of white along the side. This makes it look more like an oceanic dolphin.

The male of this species measures up to 20 feet long and 3,000 or 4,000 pounds in weight, while the female measures a slightly less formidable 16 feet. This is around the size of a pickup truck.

These animals have a truly massive territory that graces every continent except for Antarctica. Due to its preference for temperate and warm tropical waters, this species has a natural range that extends around the coasts of Africa, India, the Pacific Asia region (including Australia and New Zealand), the American Pacific Coast as far as Hawaii, the Caribbean Sea, and the Mediterranean. It has also been found as far north as the North Sea around Britain and Norway, China and Japan, Pacific Canada, and Alaska. They typically dive to around 2,000 feet in search of food, but as a mammal it must come up occasionally for air.

Exact population figures are unknown, but local populations in the low tens of thousands have been observed in certain regions such as China and Japan. Despite its wide range, this species is actually near threatened. The biggest threats to its survival are the depletion of prey, injury or death from net entanglements, and environmental pollution. Even though the United States has banned many harmful chemicals, pollution can still travel the world’s currents from other regions. Since this species occupies the top of the food chain, it is exposed to toxins that accumulate at lower levels.

Like many dolphins, these animals feed almost exclusively on fish, squid, and to a lesser extent marine mammals like seals and sea lions. Some of the most common fish prey include yellowfin tuna, perch, salmon, and yellowtail. The false killer whale will attack prey by catching them in its mouth as it swims around at high speeds. It will then shake the prey to death and peel off the skin with its sharp teeth.

The false killer whale has few natural predators in the wild apart from maybe sharks and other killer whales, but calves are mostly defenseless and much more prone to attack. They rely on the protection of their mother and the entire group. Humans do sometimes hunt false killer whales but not in particularly large numbers or on an industrial scale.

Like many other cetaceans, the false killer whale has a rather complex reproductive cycle that involves long maturation and development times. The breeding season lasts all year long but seems to peak in later winter or early spring, during which time both males and females will have multiple mating partners. After copulation, the female undertakes a long and difficult pregnancy that lasts up to 16 months. It’s no surprise then that she only produces a single calf at a time and does not conceive again for around seven years.

The young calf emerges from the womb with the ability to swim on its own. However, it will stay with its mother for up to two years while it receives protection, tutelage, nutrients from the milk, and valuable survival skills. It takes around eight to 11 years for females to mature and eight to 10 years for males. This development time sets them up for a long and successful life, usually lasting around 60 years in the wild. Females begin to experience menopause between 44 and 55 years of age.

The false killer whale is rarely hunted for food or other resources with a few notable exceptions. In some Japanese villages, people herd them with boats into a bay or on a beach to prevent their escape. People in the eastern tropical Pacific region may also consume their meat.

The false killer whale is obviously big and powerful enough to harm a person, but very few actual attacks have ever been reported. The facts remain that they aren’t particularly aggressive except in defense of their pods.

Why is it called a false killer whale?

Based on similarities with the skull, the false killer whale was originally assigned to the genus of Orca by the zoologist John Edward Gray in 1846. Even after it was moved to a separate genus, the idea that it was similar to the killer whale seemed to stick.

How big do false killer whales get?

What is the diet of the false killer whale?

The diet of the false killer whale consists almost exclusively of fish, squid, and marine mammals.

If it lives long enough to die of natural causes, then the false killer whale can live about 60 years on average.

What Kingdom do False Killer Whales belong to?

What phylum do False Killer Whales belong to?

What class do False Killer Whales belong to?

What family do False Killer Whales belong to?

What order do False Killer Whales belong to?

What type of covering do False Killer Whales have?

What type of habitat do False Killer Whales live in?

In what type of habitat do False Killer Whales live?

What are some predators of False Killer Whales?

Predators of False Killer Whales include sharks and killer whales.

What is the average litter size for a False Killer Whale?

The average litter size for a False Killer Whale is 1.