Click through all of our Fur Seal images in the gallery. 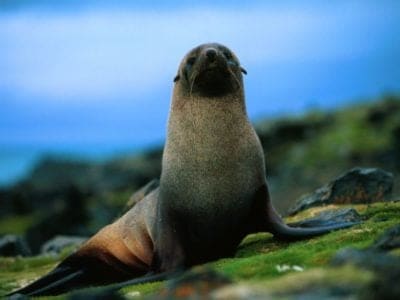 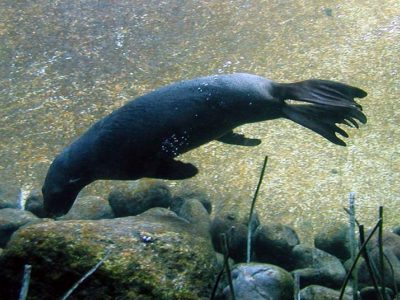 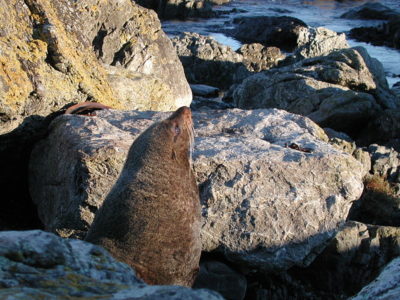 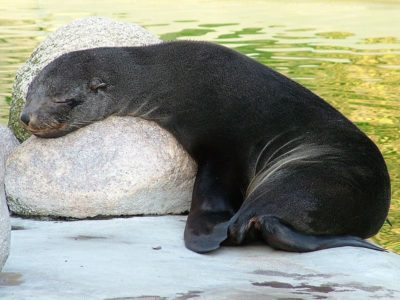 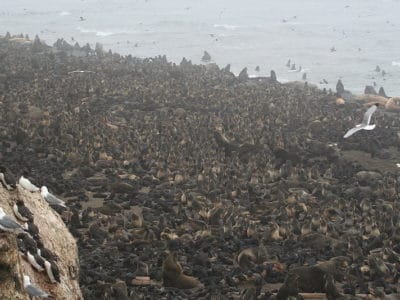 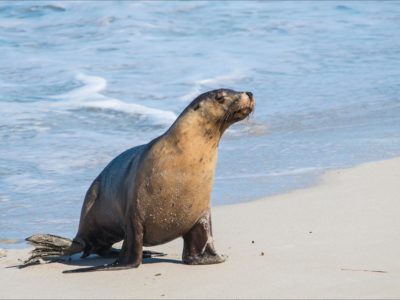 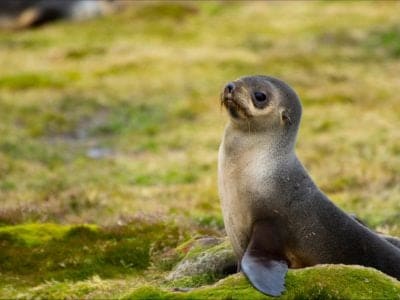 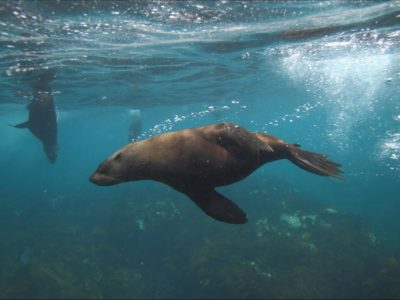 View all of the Fur Seal images!

Seals that can walk on land

Nine separate species of fur seals make up the genera Arctocephalus and Callorhinus. While eight of these belong to Artocephalus and live in southern seas, the ninth species belongs to Callorhinus and inhabits the North Pacific. All nine species are all pinnipeds or mammals with four flippered appendages. Fur seals evolved from ancient bears, and they are close relatives of modern sea lions.

1. Despite their large size, fur seals can swim at an impressive 15 miles and hour.

2. Fur seals have small claws on their flippers to help grip when on land

Southern fur seals belong to the Arctocephalinae genus. The eight species names are as follows:

The northern species of fur seal, C. ursinus, belongs to the genus Callorhinus.

The distinguishing feature of a fur seal is its soft, furry undercoat. In bygone days, this feature made these animals very attractive to hunters who could sell the fur at a premium.

All nine species have ears, or pinnae, unlike other types of seals. Fur seals have whiskers, which are also called vibrissae. Their heads resemble those of dogs with long, pointed snouts.

They have strong limbs that are long for a seal, and they can rotate their back flippers for more efficient land travel. The front flippers have small claws that grip when they are on land. Their front legs act as oars when they are swimming.

They are covered with fur except for their flippers. These large furless areas help the seals stay cooler in hot weather. They also make the seals fast, efficient swimmers. They can swim up to 15 miles per hour. In comparison, Olympic champion Michael Phelps’ top swimming speed is about 6 mph.

The males of some fur seal species can be as much as five times the size of the females. Males may weigh up to 700 pounds, nearly as much as a horse. Females weigh between 100 and 200 pounds, about as much as a human adult. Fur seal males can reach up to 10 feet in length while females average four to five feet.

Also, the males and females of some species have different physical characteristics. For example, their fur is different colors. These gender differences are called dimorphism.

The majority of fur seal pups are dark brown in color when they are born. They molt their first coat within a few months, and a lighter brown color emerges. Among northern fur seals, females have a patch of grey fur on their reddish-brown chests and are a silvery grey on their backs. Males of this species are brown or black.

Seals are mammals and must breathe air. Nevertheless, they spend as much time in the water as possible. They often stay in the sea for months at a time. Many types of fur seals can go 10 minutes or more without surfacing. Some can dive up to 800 feet.

On average, though, these mammals dive about 100 feet. They often stay submerged for five minutes or so. Humans can only dive 20-40 feet without scuba gear.

Fur seals have a thick layer of blubber beneath their skin. It helps them float. It also acts as insulation. Along with their fur coats, the blubber protects them from the cold ocean temperatures.

They are happy by themselves or in small groups. Only during breeding season do fur seals socialize. That is when males are most aggressive toward other males as well. Sometimes they will even bite humans who come too close.

The remaining species lives in the Pacific Rim region. The southernmost habitat for northern fur seals is Southern California. They range northward to the Bering Sea and are also found in the seas north of Japan.

These marine mammals live mainly in the oceans. During breeding season, though, they spend most of their time on the rocky coastlines.

They do not regularly migrate, but fur seals will travel over land if food is scarce. If necessary, they will cover hundreds of miles to find a food source.

Fur seals are carnivores and enjoy a wide range of different food based on what’s available in their habitat. They eat fish, squid, birds such as penguins and krill. On average, a male might eat an entire ton of these small crustaceans per year.

Males typically stop eating during breeding time. They are too busy mating and defending their territory from other males. As a result, they often lose several pounds per day.

Predators and Threats to the Fur Seal

Several marine animals prey on fur seals, including sharks, killer whales or orcas, and other types of seals. Leopard seals and gray seals are two of these. Foxes also prey on northern fur seals.

For a long time, humans posed the biggest threat to fur seal populations. When there were no laws to protect these marine mammals, hunters clubbed vast numbers of pups and adults to death for their thick pelts. People loved to wear seal coats and hats during the post-World War Two era.

While today there are some laws protecting fur seals from hunters, that doesn’t mean they are free from risks. Climate change and warming oceans threaten their natural habitat, and commercial fishing nets still inadvertently harm many seals each year.

Every summer, large colonies of fur seals gather along coastlines to mate. Alpha bulls vie for females to add to their mating pools. One male may claim 40-100 cows for himself, often after numerous battles with male rivals. Fighting males roar at, physically threaten and bite other males to establish dominance.

Males mate and reproduce with multiple females each mating season. Typically, the females give birth to last season’s babies soon upon their arrival at the rookery and then just a week later are able to conceive again.

The fetus will grow within its mother over the following year. This is far longer than the average nine month pregnancy period for mammals. The young are born live in the rookery at the next season’s mating grounds.

Newborn pups weigh between 11 and 13 pounds, almost twice as much as most human babies. The pups can walk and swim soon after birth. Their mothers will usually nurse their young until they are ready to give birth again.

The majority of females have just one pup rather than a litter. The females of some species, such as the northern fur seal, can locate their pups amid hundreds of others by the sound of the pup’s voice.

The fur seals of the Pacific Rim sometimes live into their mid-20s. However, their average life span is under 20 due to predation, environmental factors and commercial fishing.

Antarctic fur seals have similar lifespans. On average, females live to about 25 years of age. Males average only around 15 years, about as long as a dog.

The Antarctic fur seal species is currently the largest. The Guadalupe species has the fewest fur seals. Because fur seals spend much of their lives at sea, estimating populations is an inexact science. However, researchers have come up with the following numbers:

Fur Seals are Carnivores, meaning they eat other animals.

What Kingdom do Fur Seals belong to?

What phylum do Fur Seals belong to?

What class do Fur Seals belong to?

What family do Fur Seals belong to?

What order do Fur Seals belong to?

What genus do Fur Seals belong to?

What type of covering do Fur Seals have?

Fur Seals are covered in Fur.

In what type of habitat do Fur Seals live?

What is the main prey for Fur Seals?

What are some predators of Fur Seals?

What are some distinguishing features of Fur Seals?

Fur Seals have external ear flaps and a stocky build.

How many babies do Fur Seals have?

The average number of babies a Fur Seal has is 1.

What is an interesting fact about Fur Seals?

Fur Seals are found only in the Northern Hemisphere!

What is the scientific name for the Fur Seal?

The scientific name for the Fur Seal is Arctocephalinae.

What is the lifespan of a Fur Seal?