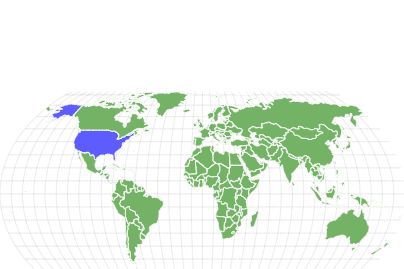 View all of our Hellbender pictures in the gallery.

View all of the Hellbender images!

“The Hellbender is the largest salamander in the United States, and the only living member of the Cryptobranchus genus ”

Despite its unfortunate looks, this giant amphibian of Appalachia is a bioindicator when it comes to the cleanliness of freshwater streams. When these streams become polluted, it starts to disappear. It is also useful as both prey for game fish such as trout and smallmouth bass and as a predator to keep the numbers of insects and other small aquatic animals in balance. Read on to learn more about this ugly but needful animal.

The hellbender’s scientific name is Cryptobranchus alleganiensis. Cryptobranchus is from the ancient Greek for “hidden gill.” The salamander got this name because it doesn’t have gills but respirates through capillaries in the frills of skin along its sides. Alleganiensis means it’s found in the Allegheny Mountains, which are part of the Appalachians. The origin of the common name is less certain but is probably inspired by the salamander’s somewhat off-putting looks. There are two subspecies:

The hellbender has a flat, cylindrical body of between 12 and 30 inches in length with a large, flat head and a keeled tail that helps it move underwater. It weighs between 3.3 and 5.5 pounds. Its skin is covered with a bad-tasting slime, and its color is brown or brownish red with red spots on top. The animal is paler below. Its eyes are tiny, and it has four short legs. The front legs have four toes, and the back legs have five. It sometimes has gill slits, but there are frills of skin along the sides of the body that allow it to take in oxygen and stay submerged in the water all the time. These frills are a key aid in hellbender identification. They act very much like gills even though the animal has working lungs.

What is the Difference Between a Hellbender and a Mudpuppy?

Hellbenders and mudpuppies also have different life cycles and reproductive strategies. Hellbender eggs are fertilized externally, while mudpuppy eggs are fertilized internally when the female picks up a spermatophore deposited by the male and stores it in her body. Mudpuppy females protect the eggs and larvae, while hellbender males protect the eggs, sort of. They’re not so protective of their larvae, and hatchlings have to leave the area quickly if they don’t want their father to eat them.

Though it is an amphibian, the hellbender is completely aquatic. It hunts at night, and its flat head and body allow it to squeeze underneath rocks in its stream during the day to rest and hide. Indeed, the aquatic salamander favors a certain rock and uses it as the center of its territory. Hellbenders are solitary save for the breeding season and will attack a conspecific that gets too close, even though territories sometimes overlap.

Hellbenders are able to sense their environment through their good sense of smell, the Jacobson’s organ in their nose which allows them to taste and smell at the same time, and a lateral line, which is most often associated with fish. This lateral line lets the animal sense pressure, vibrations, and light in the water and helps them both find prey and avoid predators. This is important as the salamander’s eyes are fairly useless, and it hunts at night. Interestingly, hellbenders only take evasive action when they’re threatened by a predator native to their habitat. This includes not only swimming away but releasing a noxious fluid from their skin. If the predator isn’t native to the hellbender’s habitat, the salamander doesn’t recognize it and won’t try to evade it.

The habitat of the amphibian is a cold, clean, swift freshwater stream. One of the facts about the animal is that its presence in a stream is a sign that the water is clean. Hellbenders don’t tolerate dirty water well, and pollution is one of the reasons that the hellbender is somewhat endangered.

Hellbenders are carnivores and eat fish, smaller salamanders, and insects, but the main item of their diet is crayfish. They are bottom feeders and hunt by sucking up prey from the muddy bottoms of the streams they live in. Hellbenders are not above eating their own larvae.

A grown hellbender is a large and bad-tasting animal, so it is most at risk for predation when it’s a larva. Larvae are eaten by large fish such as rainbow and brown trout and larger hellbenders. Sometimes anglers who are fishing at dusk catch grown individuals as well.

The life cycle of these giant amphibians is a bit different from that of other salamanders. Hellbenders breed in late summer and depending on where they live can breed till late November. The male digs a depression under a rock or a submerged log, making sure that the entrance faces downstream. He’ll wait till a female enters his territory then drives her into his burrow. He won’t let her leave until she lays her eggs, which can number between 150 to 200. When the eggs are laid, he fertilizes them externally. This is what is unusual for a salamander, most of whom have internal fertilization. He might do this with more than one female, and some nests have close to 2000 small white eggs in them. However, not all of them hatch since the father eats some of them.

Still, after the female has laid her eggs the male kicks her out and guards and aerates the eggs for 45 to 80 days. He aerates the eggs by waving his skin frills. This also provides oxygen for himself.

When the larvae hatch they are between 0.98 and 1.3 inches long and have a yolk sac that can nourish them for a few months. They lack limbs and have gills. In other words, they look very much like tadpoles. It takes them about five to eight years to mature, and males mature faster than females who need more nutrients due to the requirements of reproduction. Hellbenders can live as long as 30 years, but in the wild, they live from 12 to 15 years. Those kept as pets can live from six to 25 years, though people are discouraged from keeping them as pets.

The population of this giant salamander is declining, largely due to pollution. At one point there were only about 590 Ozark hellbenders left, and its conservation status remained near threatened. Efforts are being made to hatch the eggs in captivity and release the larvae into the wild.

Parasites are also problematic, and the salamander is a host to tapeworms, nematodes, leeches, and spiny-headed worms. Though it’s against the law in many places, some people do take hellbenders from the wild and keep them as pets.

What is a hellbender salamander?

It is a large amphibian that lives in the Appalachian mountains and breathes through frills of skin along its body.

Some people claim that the European settlers who came upon the animal said it looked like it was from hell and was bent on going back there. Others were reminded of the tortures of hell by the way the salamander’s skin writhed around as it moved through the water.

How big is a hellbender?

It is 12 to 30 inches in overall length. Males and females are about the same size.

How rare is a hellbender?

It is a fairly rare animal as it is only found in clean, fast-running streams in the Appalachian mountains.

They are aggressive with each other but not very aggressive with humans or any other animal they don’t recognize. They won’t even fight off or try to get away from a non-native predator.

Can a hellbender bite?

Why is the hellbender endangered?

It is endangered due to the pollution of its streams. It does not tolerate polluted water well.

How does a hellbender salamander attack prey?

It sucks it up from the muddy bottom of its stream. Because of this, its digestive system often holds mud and debris as well as food.