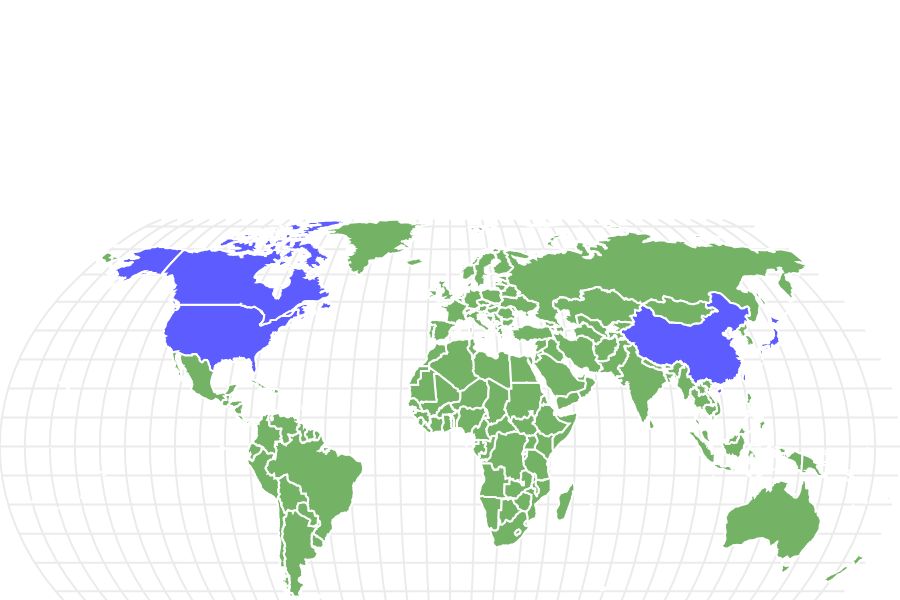 View all of our Giant Salamander pictures in the gallery.

View all of the Giant Salamander images!

Though the sight or even the thought of a nearly six-foot-long salamander may be off-putting to some people, giant salamanders play a vital role in their ecosystems.

Some giant salamanders belong to the Cryptobranchidae family. Cryptobrachus is Greek for “hidden gill” because these salamanders lose their gills when they become adults. There are two genera in the family. The hellbender belongs to the Cryptobranchus genus, and its scientific name is Cryptobranchus alleganiensis. Alleganiensis means that the animal is of the Allegheny Mountain area of the United States. The hellbender has two subspecies:

Other giant salamanders are members of the Andrias genus. Andrias is Greek for “statue.” Andrias davidianus is the Chinese giant salamander, though some biologists claim this is a catchall name for five species. The epithet is named for Father Jean Pierre Armand David, a French missionary.

Andrias sligoi is the South China giant salamander. It was named for the Marquess of Sligo, George Ulick Browne, in 1924.

The Pacific giant salamander belongs to the Dicamptodon genus. Dicamptodon is from the Greek and means “having teeth with double curves.” There are four species:

The hellbender is between 1.0 and about 2.5 feet in length and weighs between 0.90 and 2.2 pounds. It has a flat body with frills of loose skin on its sides that help the animal pull oxygen from the water. The hellbender’s head is also flat, and it has tiny eyes with no eyelids. It has five webbed toes on its back feet and four webbed toes on its front feet. Its legs are short and stubby, but the tail is strong and helps propel the animal through the water. The ground color of the body is black or brown and some specimens have orange spots. The larvae of the hellbender look very much like tadpoles.

The Chinese giant salamander is much bigger than the hellbender at close to 3.8 feet in length, average. It usually weighs between 55 and 66 pounds but can weigh as much as 110 pounds. The largest Chinese giant salamander weighed 130 pounds and was 5.9 feet long. Its skin is dark, mottled, loose, and wrinkled, and it has lidless eyes and a large, flat head. There are tubercles around its throat and head.

The South China giant salamander is even larger than the Chinese giant salamander. It can grow to nearly 6.56 feet long. Like the other salamanders, it has a flat head and loose frills of skin on the sides of its body to help it breathe. Its overall coloring is mottled gray.

The Pacific giant salamander can grow to about 13.39 inches long and weigh up to 4 ounces. Its body is dark brown and spotted or marbled, and its belly is white. Unlike the Cryptobranchus species, it has bulging eyes and freckled irises. Its legs are strong, and its toes are not webbed. Males have longer tails than females.

Since Cryptobrachus salamanders have tiny, lidless eyes, they mostly use smell and touch to get around. The Chinese giant salamander is notorious for its vocalizations, which not only include hisses, whistles, and barks but a noise that sounds very much like the cry of a human baby. The Pacific giant salamander barks like a dog. Both the Japanese giant salamander and the hellbender have a lateral line along their bodies to detect light, vibrations, and water pressure.

Giant salamanders have lots of tiny teeth, and they can and do bite. A Japanese salamander’s jaws are strong enough to take off part of a human finger. Pacific giant salamanders also won’t hesitate to bite a would-be predator.

Because they have to work rather hard to breathe through their skin, Cryptobrachus giant salamanders prefer clear, clean cool water that can hold on to a lot of oxygen. The Japanese salamander is only found in Japan and lives in rivers in the southwestern part of the country. The hellbenders are found in the Appalachian Mountains from New York to northern Alabama, and there’s an isolated population of hellbenders in Missouri.

The Chinese giant salamander, which may comprise five clades, is found in south, southwestern and central China. Some have also been found in Taiwan, but biologists suspect they were introduced there. The South China giant salamander is only found in southern China, mostly in the Pearl River basin.

The Pacific giant salamander is able to live on land but must stay close to wet places to keep its skin from drying out. It’s only found in the Pacific Northwest area of North America.

The Japanese and Chinese giant salamanders eat insects, other amphibians including each other, fish, crabs, crustaceans, worms, and millipedes. They will also eat small mammals such as the Asiatic water shrew. The hellbender eats the crayfish that shares its habitat as well as small fish, tadpoles, insects, and salamanders that are small enough for it to handle. Because it is a bottom feeder, it will also take in mud and other debris.

Since the Pacific giant salamander can live on land, it will sometimes climb trees for as far as six and a half feet off the ground to find prey.

Japanese and Chinese giant salamanders are top predators where they live, and nothing eats a grown, sizable individual but a human and another member of their species. Larvae are subject to predation by fish and adult members of their species. The much smaller hellbenders are also eaten by large fish and by members of their own species. People do not eat hellbenders, but sometimes they are by-catch of fishermen. Pacific giant salamanders are eaten by mustelids, snakes, and fish such as salmon.

Hellbenders are also subject to parasites such as tapeworms, leeches, and nematodes. If they are healthy, they can fight off disorders brought by these parasites. Polluted waters weaken the giant salamander’s immune system and make it harder to fight parasites and diseases. Chinese giant salamanders are overhunted, and most of the other Cryptobrachus salamanders are endangered due to habitat destruction.

What Eats the Giant Salamander?

What Does the Giant Salamander eat?

The male Cryptobrachus salamander guards the eggs and sometimes the larvae. He may eat some of the eggs, but these eggs are usually defective.

Japanese giant salamanders’ breeding season is in the fall. By the end of August, they swim to spawning pits, which are just hollows in the bottom of the stream or rock-lined crevices or burrows. Males fight over the best spawning pits and can hold on to one for decades. Then, females arrive. After a bit of courting, she’ll lay 400 to 500 eggs in the pit, and the male fertilizes them. The male Japanese giant salamander can fertilize the eggs of more than one female, and he will guard all the eggs until they hatch after about 12 to 15 weeks.

The breeding season for the hellbender is from late summer to early autumn, and the female lays between 150 to 450 eggs in his pit. The eggs hatch between 45 and 80 days.

The Chinese giant salamander breeds in late summer, when the water temperature is at least 68 degrees Fahrenheit. The female deposits between 400 and 500 eggs in the male’s spawning pit and her eggs hatch 50 to 60 days after they’ve been fertilized.

Chinese giant tadpole larvae lose their gills when they’re about three years old. They reach adulthood when they are five to six years old and can have a lifespan of 60 years or longer.

No one knows when Japanese giant salamanders reach sexual maturity, but it’s assumed they have to be of a decent size. They can have a lifespan of over 50 years.

Hellbenders become mature when they’re between five and eight years old and can live more than 30 years.

Yes, giant salamanders do bite, but they are not aggressive towards humans and may take a bite out of a hand that’s trying to pet them because they mistake it for food.

What do giant salamanders eat?

What is the largest salamander called?

The largest salamander in the world is the South Chinese salamander, which can grow to 6.5 feet long.

How many giant salamanders are left in the world?