Kai Ken are a very rare breed of dog from Japan, though pure breeds are even harder to come by.

Fun Fact
Kai Ken are a very rare breed of dog from Japan, though pure breeds are even harder to come by.
Most Distinctive Feature
Their brindle coat
Other Name(s)
Tiger dog
Temperament
Friendly, high-energy
Diet
Omnivore

Kai Ken as a Pet:

Click through all of our Kai Ken images in the gallery. 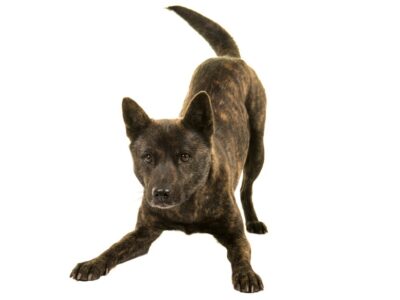 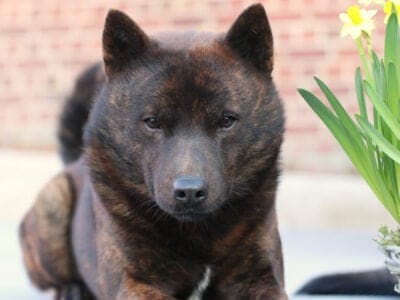 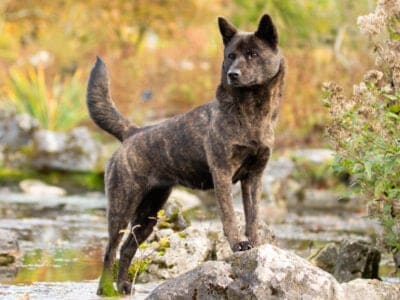 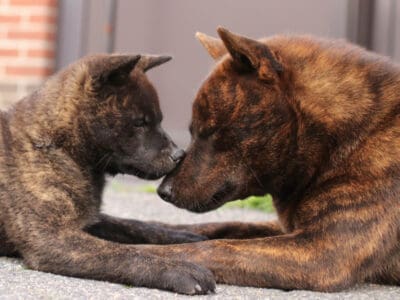 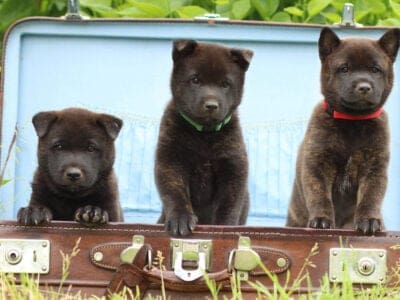 View all of the Kai Ken images!

Kai Ken goes by many names including “Tora Inu” or “Tiger dog,” but they all represent the same rare breed out of Japan. With a long lifespan, they are rather difficult to find for adoption, but they can range greatly in weight (from 25 to 55 pounds)! Originally brought to the United States by servicemen who were stationed in Japan, these dogs have since been recognized by the UKC in 1997. Their colors vary between red, black, and gray brindle, which is where they get their nicknames.

With constant energy and a dedicated heart, this pet can prove to be one of the most loyal animals around.

Before adopting such a rare pet, consider the pros and cons of introducing him into your home and family life.

This dog breed has thick but smooth hair, though the height and weight can vary significantly. Their colors often have a variation of brown, but may change with the surroundings that they live in. While females can be as small as 25 lbs., males usually are no smaller than 35 lbs. Still, these dogs can get as heavy as 45 lbs. or more, depending on which side of the genetic lottery they end up on. They typically stand at 17-22 inches tall.

For purebred Kai Kens, the purity of their bloodline ensures that they don’t have too many congenital health issues. Considering their great size and incredible desire for activity, the most likely problem that you’ll encounter will be injuries during these adventures. Some variations are stocky while others are slenderer, so be sure to watch them while playing to avoid accidents.

Their eyes can be affected by lower lighting, which is usually a sign that it is diminishing. Progressive retinal atrophy is just one concern that can impact the eyes, so keep up regular checkups with a veterinarian to monitor any changes in eyesight.

Ear infections can be rather common, but they show a lot of obvious signs that they’re uncomfortable. Sometimes, they scratch and shake their head, while others have a dark and noticeable discharge. Don’t treat these issues without a vet.

Mostly, this dog may suffer from:

The Kai Ken, which is also known as the Tora Inu, tends to have a loyal personality, bonding deeply with his owner. Often adopted for their hard-working nature, they seem to have boundless bravery that makes them an incredible watchdog as well. They seemingly spring into action whenever a threat is nearby, ensuring that none of their loved ones ever have to fear.

The most common trait you will find in this breed is the desire to please. They love their owner with every fiber of their existence, reminding them of a pack leader. The majority of their life is spent with their family, so why wouldn’t they dote? Every single behavior they adopt is for the attention of the people they love, so make sure to engage as much as possible to keep them happy and reassured.

Though their general temperament is loving, Kai Ken also tends to place their loyalty in one person in the family, following the aforementioned idea of a leader. This is the best person to help them with socialization and training, as it is likely that they will take each queue from them. Since they are predisposed to hunting, this behavior will need to be controlled to prevent unfortunate accidents.

Health and Entertainment for your Kai Ken

How to Take Care of Kai Ken

Caring for Kai Ken dogs can take a lot of work, but there are a few tips in this guide to make the entire experience more fun. Whether you’re adopting a couple of puppies, or you just want a more complex pet, consider these concerns to ensure that you give them what they need.

This type of dog requires the highest quality dog food possible, even if you only choose to feed him dry. Adults typically eat about 1.5 to 3 cups a day, and the total portion needs to be given in two different meals. Your particular pet may need some variation, which is based on their age, health, amount of activity, and other factors. Check with your doctor to see if they need to increase or reduce their food.

Water should constantly be available for this breed to remain hydrated enough for their activities.

Perhaps the best part about Kai Ken dogs is that they are already fairly clean. The coat resists collecting dirt for the most part, and they don’t really have much odor. They even prefer to stay clean anyway, though some shedding occurs. Most of the major shedding is seasonal but brushing a few times a week should control the regular amount of shedding. They only need a bath when they get truly dirty, but you should preserve the natural oils of the skin with a shampoo that is meant for dogs.

To preserve their teeth, brush every other day and always check the ears for any possible infection or discharge. They should also have their nails trimmed when they start to get too long, though a professional groomer can handle this task if you’re unsure.

One of the best parts of training the Kai Ken breed, even from a young age, is that they thrive on making their alpha owner happy. As puppies or adults, this dog is incredibly intelligent, picking up queues rather quickly. While they are bred to hunt with their owner, anyone who doesn’t plan to involve them during these expeditions may have to work to train out the natural inclination to do so.

Training will also need to involve socialization. This breed typically sees its owner as someone to defend, so they will need to understand the difference between a threat and a friend. Teach them to be around different environments and settings, rewarding them with positive reinforcement as they adapt.

If you want a pet that loves a lot of activity, then this Tiger dog is a great match. Whether you’re swimming, running, climbing, or hunting, you won’t have to worry about being lonely. They love spending about an hour of the day going on a walk or having some rambunctious playtime. Going on a jog is right up their alley.

As much energy as this breed needs to expend, they can live quite happily in an apartment. If you have a yard, they have a safe place to explore and play. No matter the household, you just need to make sure that they get enough mental and physical stimulation to stay calm.

The puppies of this rare breed have the same high energy and need to play as their adult counterparts. However, they need to be fed high-quality dog food that is specifically intended for puppies, rather than adults. Use this brief time to socialize them with other people and animals in their surroundings to manage their natural inclination to be a watchdog.

Kai Ken are meant to be around a family, but it may not be best for children. They have a rather large frame, and they like to play rather rough. This Tiger dog is incredibly sensitive to the emotions of the alpha in the family, and they may sense the stress or frustration when it is towards someone else in the household.

Still, every dog is different. The right training during playtime and for housebreaking can help them to feel more comfortable around children. Be sure to supervise them with anyone new to teach your child and your pet how to properly engage with each other to avoid potential harm.

Other dogs that are similar to Kai Ken include:

View all 26 animals that start with K

How much does Kai Ken cost to own?

Kai Ken puppies cost about $1,500 USD from a reputable breeder. With their food and healthcare considered, the breed can be quite expensive (based on the brand). In just one week, this pup can go through 2 lbs. of food until they are 26 weeks old, and you’ll have to double it afterward. The breed is not suitable for novice dog owners.

Are Kai Ken good with kids?

They can be very good with children. However, they thrive in households where they are completely occupied with intellectual activities, which may be a challenge for households with children. As with any dog, proper attention is necessary, and young children should never be left unsupervised.

Is a Kai Ken hypoallergenic?

Kai Ken are not hypoallergenic due to their double coat, which is not ideal for allergy sufferers.

The Kia Ken is sometimes referred to as the tiger dog due to its unique brindle coat, which comes in brown, black, or red, the rarest. As with other Japan-based breeds (like the Shiba Inu and Akita), this breed has similar physical characteristics, including a blocky head and erect ears. Breeders describe Kia Ken as a unique medium-sized dog.

How long does a kai ken live?

Tiger Dogs can live 12 to 16 years if they live a healthy lifestyle, get proper nutrition, and receive general medical care.

The name Ninja dog refers to the dog’s bloodline from Japan, paired with its ability to hunt and protect with skills reminiscent of a tactful ninja. 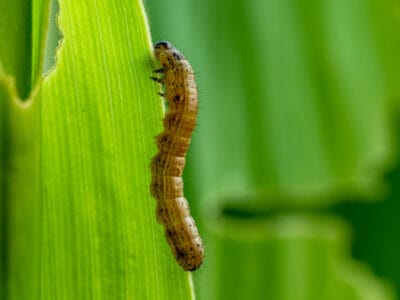 How to Get Rid of Armyworms 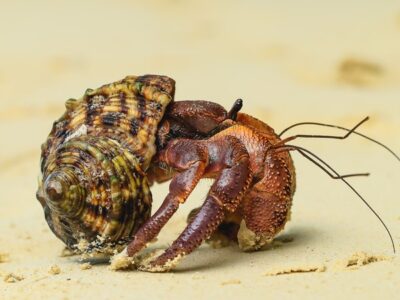 What Animals In North America Hibernate? 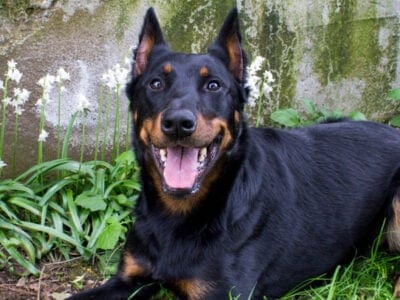