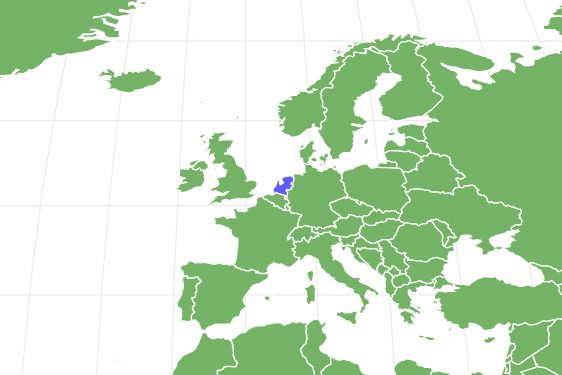 Kooikerhondje as a Pet:

View all of our Kooikerhondje pictures in the gallery.

View all of the Kooikerhondje images!

The word “Kooikerhondje” looks as though its pronunciation will be so difficult, most people don’t even try. Instead, they call this engaging canine a “cookie hound.” Really, though, the pronunciation isn’t that hard. Kooikerhondje is pronounced “COY-ker-HUND-che,” and means “little duck-trapper dog” in Dutch. Kooikerhondjes were originally working dogs, bred in the Netherlands sometime before the 16th century. Their job was to lure ducks into partially submerged decoys so that human hunters could more easily target the fowls.

The breed remained popular in its native Netherlands until after World War I when improvements in guns made duck decoys obsolete. By 1939, Kooikerhondjes had become all but extinct but in 1940, the Baronesse von Hardenbroek van Ammerstol began breeding them as an act of resistance and national pride in the midst of the Nazi occupation of the Netherlands. The breed is recognized by the American Kennel Club as part of its Sporting Group. Other names for the Kooikerhondje include cookie hound, Kooiker, and Dutch Spaniel. The breed is rapidly gaining popularity throughout the U.S. and Canada.

3 pros and cons of owning Kooikerhondje

Healthy Kooikerhondjes can be expected to live between 12 and 14 years. Because their breeding pool over the past 80 years has been relatively small, they are prone to hereditary canine diseases such as epilepsy, necrotizing myelopathy, von Willebrand’s disease, patellar luxation, cataracts, and kidney diseases. Responsible breeders know how to encourage genetic diversity even within a limited gene pool to reduce the incidence of serious illnesses among Kooikerhondjes.

Kooikerhondjes have cheerful, good-natured personalities. They won’t be making incessant demands upon your attention. They’re keen observers of human behavior and will wait to play until they see their human is in the mood. One common trait many Kooikers share, however, is that they’re easily stressed by aggressive behaviors. They shy away from argumentative adult voices and loud, unruly children. While they are not aggressive toward strangers, they can be stand-offish. It typically takes a while to earn a Kooikerhondje’s trust.

Health and Entertainment for your Kooikerhondje

How To Take Care of Kooikerhondjes

With their black-tipped ears and silky white coats dappled with orange spots, Kooikerhondjes have a distinctive appearance that requires regular grooming in order for them to look their best. Kooikers also have dietary, exercise, and training needs specific to their breed.

The Best Dog Food for Kooikerhondjes

Kooikerhondjes like to eat, which means they can pack on extra pounds fast if their activity levels aren’t high enough to burn off the calories they take in. Their dietary intake really should depend upon the amount of exercise they get. If you regularly play frisbee and flyball with your pet, he will need more food than if you merely take him for a few daily walks around the block. To stave off the many health problems that can be a concern with this breed, talk to the vet about any ingredients to look for or avoid when picking out the perfect food. Many dogs thrive eating the more complete nutrition that accompanies less processed raw and freeze-dried dog food.

This food excludes many of the common dog food ingredients like legumes that can be detrimental to dogs’ health, like by-product meals, artificial colors, flavors or preservatives. They skip all the junk in favor of whole-prey animal protein sources, including muscle meat, organs, and cartilage that offers vital omega-3 fatty acids and natural glucosamine for Kooikerhonjes’ joints.

If you think your dog will feel happy and healthy eating Stella and Chewy’s Wild Red Raw Coated Kibble, check it out on amazon. 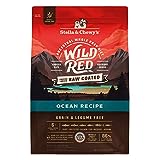 You’ll need to brush your Dutch Spaniel’s medium-length orange and white coat several times a week in order to keep it from becoming matted and tangled. Brushing regularly will also help minimize the amount of orange and white dog hair that collects on your furniture and carpets because shedding is an issue with these dogs. Brush the coat with a pin brush and work out any particularly unruly knots with a comb. Pay particular attention to the juncture where limbs join the body because that’s where knots tend to form. Using a spray-on conditioner regularly will also help keep the coat silky and manageable, which reduces shedding.

Kooikerhondjes were bred to be water dogs, so they don’t need to be bathed very often. They like to swim, and you should make sure to give them a very thorough rinsing in freshwater any time they’ve spent an afternoon at a lake or in a pool. Brush their teeth daily, and trim their nails every three to four weeks as needed.

Kooikerhondjes are very eager to please. However, like all dogs that were bred for hunting, their prey drive and native independence can occasionally get in the way of obedience. This is why early, consistent training is very important for Kooikerhondjes. In fact, every member of the Kooikerhondje’s human family should participate as much as possible in the dog’s training so that the dog understands his or her position in the hierarchy.

As working dogs, Kooikerhondjes have a lot of energy; however, they adapt very easily to the exercise preferences of their owners. If you’re someone who likes to be physically active, your Kooikerhondje will be delighted to keep you company. If your lifestyle is more sedate, that will work, too. At a minimum, though, your Kooikerhondje should have half an hour of vigorous outside exercise every day. Kooikerhondjes are particularly fond of seek and retrieve games.

The average Kooikerhondje litter size is five to seven puppies. Puppies are expensive: In the U.S., you can expect to pay between $3,000 and $3,500 for a Kooikerhondje puppy while in Canada, where the breed is even rarer, you can expect to pay more. The reason for this is because reputable breeders will go to great lengths to ensure that the puppy they’re selling you is genetically sound. In fact, it is likely that if you buy a puppy for less than this amount, you will end up with a pet who’s prone to a hereditary disease.

These dogs do well with children so long as they’re children the animal knows. The dog is likely to be standoffish with unfamiliar children and should be kept away from toddlers who might try and pull his ears or tail as this will stress your pet out.

Dogs similar to the Kooikerhondje

The Petit Basset Griffon Vendéen, Tibetan Terrier and Poodle all have things in common with the these dogs.

Prince William II of Orange was the leader of the Dutch revolt against the rule of the Spanish Hapsburgs in the 16th century. One night as he lay sleeping in his camp tent in France, where he was to meet the Spanish on the battlefield the following day, his Kooikerhondje, Pompey, began barking and scratching furiously to rouse his master: A Spanish assassin had crept into the tent! The assassination attempt was thwarted. Sadly, however, William II died of smallpox three years later. A statue of Pompey curled up at his feet was included in William II’s effigy.

View all 43 animals that start with K

How much do Kooikerhondjes cost to own?

Kooikerhondje puppies cost between $3,000 and $3,500 when you buy one from a reputable breeder. Because the breed is so rare in the U.S. and Canada, it’s unlikely you will find one at a rescue shelter where the cost would be considerably cheaper. If you do find a Kooikerhondje at a rescue shelter, make sure you get a thorough medical examination before you adopt because it’s possible that the dog was surrendered to the rescue for health reasons.

Other costs associated with bringing a Kooikerhondje puppy home include vaccinations, microchipping, spaying or neutering, bedding, crates, toys, food, and training. These are likely to come to between $1,000 and $1,500. Thereafter, you can expect to spend approximately $750 s year for food and medical expenses on your Kooikerhondje.

Are Kooikerhondjes good with kids?

Kooikerhondjes are very good with children they know although it’s never advisable to leave children younger than 10 years old unsupervised around dogs.

How long do Kooikerhondjes live?

A healthy Kooikerhondje typically lives between 12 and 14 years.

How much does a kooikerhondje cost?

How do you pronounce kooikerhondje?

The pronunciation of Kooikerhondje is “COY-ker-HUND-che.”

How many kooikerhondje are there?

There are approximately 260 living in the U.S. and far fewer than those living in Canada. The breed is more common in Europe.

How tall does a kooikerhondje get?

Kooikerhondjes grow to be between 14 and 16 inches tall. Males are slightly taller than females.

Kooikerhondjes are not known for the speed at which they run.