Click through all of our Little Brown Bat images in the gallery. 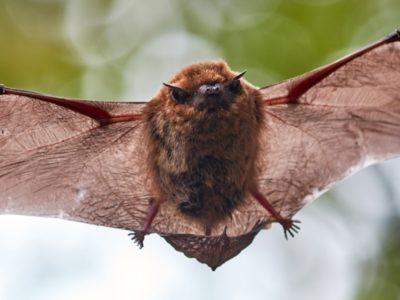 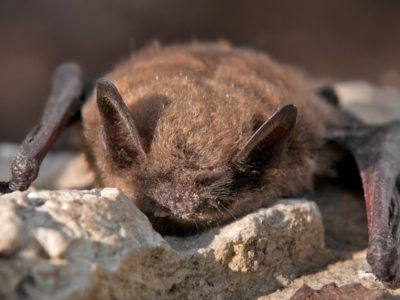 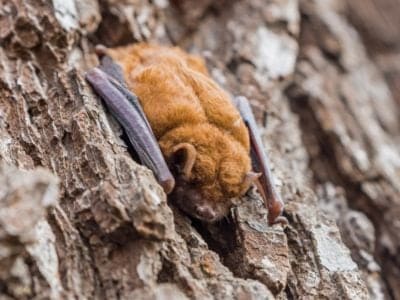 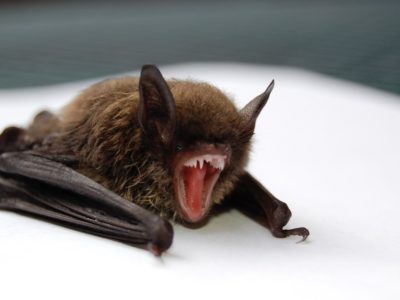 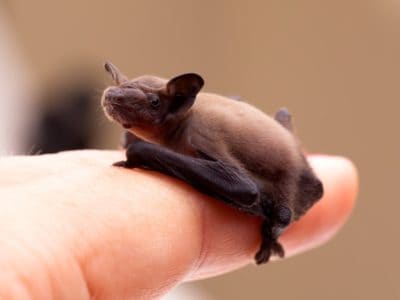 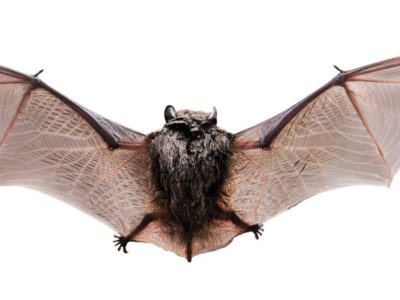 View all of the Little Brown Bat images!

The little brown bat is one of the most common species of bats in North America.

Cloistered in caves and roosts during the day, this elusive and cryptic animal is often unloved or even shunned by humans. Nevertheless, bats play an important role in the ecosystem as one of the largest consumers of pests and insects. Since 2006, the number of little brown bats has fallen precipitously from a contagious fungal disease known as white-nose syndrome. This strange condition has endangered many species of bats throughout North America.

The scientific name of the little brown bat is Myotis lucifugus. Myotis, which basically means mouse ear in Latin, is an apt name for the genus of mouse-eared microbats, while lucifugus is derived from two Latin words: lux, meaning light, and fugere, meaning to flee, escape or shun. This obviously refers to the bat’s tendency to prefer the nighttime over the day.

There are currently five or six recognized subspecies. The most prolific of these is M. lucifugus lucifugus, which occupies most of the eastern US and Canada. Other common subspecies inhabit the Pacific coast and the US western interior. Two former subspecies, the Arizona myotis, and southeastern myotis, are now considered to be separate species entirely.

The little brown bat, true to its name, is a small species of microbats. It measures only 2 to 4 inches in length with a wingspan of 9 to 11 inches. This is about the same size as a shoe. Females are generally larger than males on average, but the two sexes are otherwise physically similar. This species has a sloping forehead, long and somewhat rounded ears, and a short snout with little or no rostrum (a protrusion common to some bats). The glossy fur varies in color between dark brown, golden brown, reddish-brown, and olive-brown, although albino individuals are also known to occur in the wild.

The little brown bat spends much of its life in close proximity to other members of the same species. The colony is the basic unit of bat society. A single colony can contain more than 100,000 individuals, although the average is much closer to 10,000. The roosting sites are very densely packed and have little room for personal space.

These bats can roost almost anywhere: trees, caves, buildings, rocks, and even piles of wood. There are a few different types of roosts, including a day roost, a hibernation roost, and an all-female maternity roost. Night roosts are also maintained when the temperature falls to under 60 degrees Fahrenheit. The non-hibernation roosts are inhabited during the spring, summer, and fall months and must be shielded from the light. The bats spend most of the day sleeping and then emerge from the roosts at night to hunt for prey.

During the winter months, little brown bats will sometimes travel great distances of a hundred miles to reach their hibernation roosts in old mines or caves, which they often share with other species of bats. Depending on where they live, hibernation may start as early as September and end as late as May. Upon reaching this roost, the bat enters a state of torpor (distinct from sleeping) in which its body temperature falls and its metabolic activity slows greatly. While torpor is a fairly common phenomenon all throughout the year, it increases in duration and intensity for the winter.

Bats can remain in a state of hibernation for up to 90 days at a time, only interrupted briefly by the occasional arousal, after which it will promptly return to hibernation. Since the bat does not hunt at all during winter, it relies exclusively on its fat reserves to survive. This means its body weight will be the highest in the fall and the lowest in the spring.

Little brown bats communicate with each other primarily through standard non-echolocation sounds. Most communication occurs between mother and offspring or between mates. They also use echolocation, visual cues, and maybe even chemical signals to locate roosts. It’s been theorized that this species can return to a previous roost from up to 180 miles away.

The habitat of the little brown bat covers a large territory between northern Canada and Alaska and the southern United States. They prefer to reside around forests and caves, usually near a source of water, although they can thrive in dry conditions as well. Their ability to vary their body temperature by entering a state of torpor for prolonged periods of time allows them to survive in even cold conditions.

Since 2006, the greatest threat to the little brown bat has been a cold-loving fungal disease called white-nosed syndrome. This disease first appeared in the northeast and Midwest, then spread as far as the Pacific coast.

Infected bats will accumulate fungal growth around the muzzles and wings, which disrupts its natural hibernation cycle. The bats usually die from starvation or dehydration rather than the disease itself. Since the fungus thrives in cold weather, it spreads quickly through the densely occupied winter colonies, wreaking havoc as it goes. Mortality rates are sometimes as high as 90%. Other threats to the little brown bat include pesticide use, the loss of some roosting sites, and predation.

What eats the little brown bat?

The little brown bat is preyed upon by owls, weasels, snakes, raccoons, fishers, hawks, and domesticated cats. The sheer density of bats in the colony makes them a tempting target.

What does the little brown bat eat?

The little brown bat is an insectivore; its main sources of food are insects and spiders. The bat likes to feed on large swarms of insects while flying or skimming along the surface of the water.

During the spring and summer, males and pregnant females will tend to roost separately. Then starting in the fall, both sexes will congregate together in a behavior known as swarming. This period seems to mark the greatest height of social receptivity and interaction. It’s also reflective of the bat’s random and promiscuous reproductive strategy. There is little structure or formality to the entire process. Males will attempt to mate with members of both sexes for some unspecified reason.

After mating in the fall, females do not give birth immediately. Instead, they have the ability to store sperm for seven months until the spring. Upon waking from its hibernation, fertilization of the egg will occur and the pregnancy will last for about 50 to 60 days. At this point, the mother will depart her main roosting site and join with an all-female maternity group until the late summer. While bats spend much of their time hanging or sleeping upside down, females actually give birth with their heads up. Only a single pup is born per year, perhaps due to its enormous size relative to its mother. The pup has around 30% of her mass.

Young little brown bats will develop quickly in the first month of their lives. Within hours the pup’s eyes and ears are already open. It will then climb up on the mother’s body and cling to her nipples, where it will feed exclusively on her milk for the next three weeks. While the father plays no role in parental care, the mother will devote enormous time and resources to her pup. She can recognize her own young by its odor and call. Some evidence suggests that there is a brief period where the mother also teaches her young how to hunt. Upon learning how to fly, the pup becomes functionally independent.

Little brown bats become sexually mature after 200 days to a year, just in time for the next mating period. In the wild, this species has an average lifespan of six to seven years, but in the right circumstances, they can live well over 10 years. The oldest known specimen was some 31 years old. The bat’s longevity is highly contingent on its ability to find food and survive the harsh winter. Consequently, the greatest threat of mortality comes in the first winter, when the young bat may not have enough fat stores to survive hibernation.

The little brown bat is currently considered to be an endangered species by the IUCN Red List. At one point it was perhaps the most common bat species in all of North America, numbering in many millions. But white-nose syndrome has threatened its ability to survive to such an extent that scientists thought the endangered classification was warranted. Attempts to understand the disease and help bats survive are a major emphasis of many conservation groups in North America.

The little brown bat is a carnivore, or more specifically, an insectivore. Its main sources of food are flying insects, aquatic insects, and spiders.

Where do little brown bats live?

The little brown bat is mostly found in forests and caves throughout Canada and the United States.

Little brown bats sometimes carry diseases, but they are otherwise unable to cause much harm to humans. Many people fear bats because they carry rabies. But even though this species can transmit rabies to humans, it’s also exceptionally rare.

Little brown bats are not known to attack humans in the wild. However, if they accidentally wander someone’s home, then they may attack people out of self-defense.

What are little brown bats called?

Little brown bats can bite or scratch if they feel threatened in some way. The wound is almost always minor or superficial, but if you suspect that a bat has bitten you, then you should attempt to clean out the wound and perhaps seek medical attention out of precaution, since they do sometimes carry diseases. If you’ve managed to catch the bat, then you might want to have it tested for diseases as well.

How many insects can a little brown bat eat?

It’s estimated that the little brown bat can consume almost half its body weight of insects every day. This figure is even higher for pregnant and lactating females.